Why is Saber the "strongest class"?

Characters in both Fate/Zero and Fate/Stay Night refer to the Saber class as "superior" or the "strongest" of all Servants but don't seem to explain why.

Is there something about how the summoning works that makes Sabers stronger or is it just that heroic spirits that qualify as Sabers tend to be more powerful ones?

Of course the strength varies depending on the individual Servant.

According to Rin in the UBW route - Day 4 Contract Established:

"There is a change in one or two of the classes every Holy Grail War, but we have a basic lineup this time. The standard opinion is that Saber is the best Servant.

Each class has their own special characteristics, but the abilities of the Servants differ according to the rank of the heroic spirit summoned."

The prologue of Fate/Zero mentions that the Saber class made it to the final battle in the first three Fuyuki Grail Wars (and also the Fourth).

The Saber class skill Magic Resistance gives it an advantage against the other classes, especially against Caster, for obvious reasons. The weakness of the class is probably it's straight forwardness in attacking things head on, compared to other classes that can resort to other tactics with their skills. Like Assassin with it's Presence Concealment. 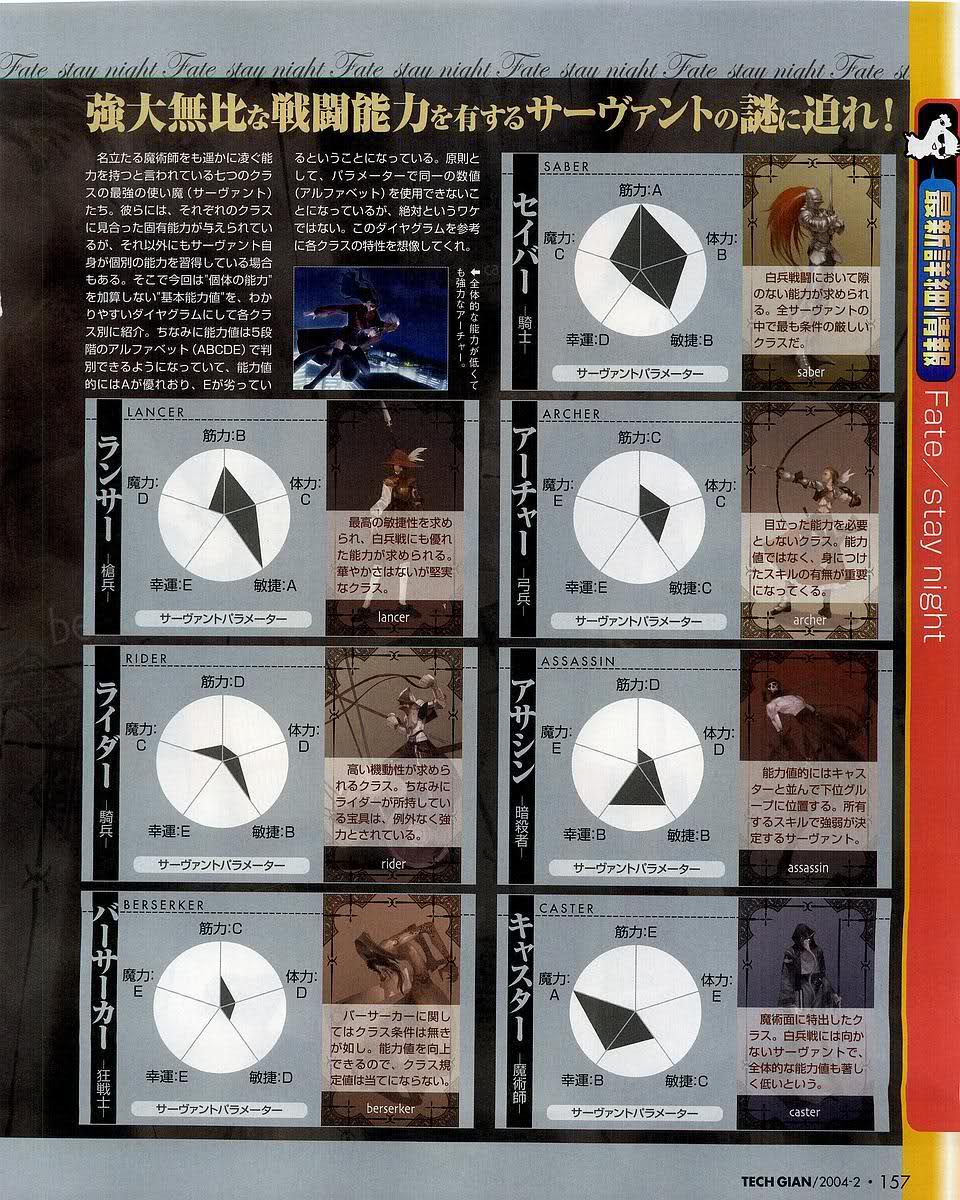 Base servant container stat comparison breakdowns for each class. Stats for the actual heroic spirits may very drastically, especially for the Berserker class.

This is my speculation, but I would argue that all other heroic spirits, while strong in one area, have weaknesses that are easy to exploit. And mostly, their specialities are situational and often difficult to use effectively. Saber on the other hand is generalist, while it doesn't have any special attributes, it also doesn't have any glaring weakness.

Also, it seems in majority of cases, the confrontations devolve into melee combat. Area where Saber is one of the strongest.

I also remember somewhere mentioned, that Sabers were often top contenders for Grail. So it can come from experience, that Sabers, either by luck or by design, are stronger on average than other spirits.

So overall very good class for face to face combat and nighmare for casters and mages.

10
How do the storylines of the Fate series connect?
3
Have characters' voice actors in Fate/ always been the same?
1
Where there any other Master who didn't know their Servant's identity from the start?
2
How many character have similar appearance with Saber (Arturia)? And who are they?
5
Has Saber, Arcuied, Shiki or any other Typemoon characters ever canonically meet one other within their respective story?
15
Is Violet inspired by Saber?
1
In Fate, can a Master summon an Extra Class Servant during a Holy Grail War, or under any circumstances?
1
Fate/stay night. Why is Saber called a King and not a Queen?