What happened between the first 2 episodes of Attack on Titan season 1? How much time passed?

We are given a flashback/dream sequence at the beginning of episode 2 of Attack on Titan, and there are a few references to the fact that time has passed, but it doesn't look like much time has passed.

What happened between the 1st and 2nd episode? How much time passed?

Please note that the timeskip does not occur between Episode 1 and 2, but within Episode 2.

Upon learning from Mikasa that Eren wants to join the Survey Corps, Grisha is more obliging of the idea than Carla, asking his son why he wants to leave the Walls. Upon hearing his son's answer, Grisha announces that he will be departing, telling a bewildered Carla that there is no point in trying to stop an inquisitive mind like Eren's. Before he leaves, he promises to show Eren what he has been hiding in their basement when he returns. 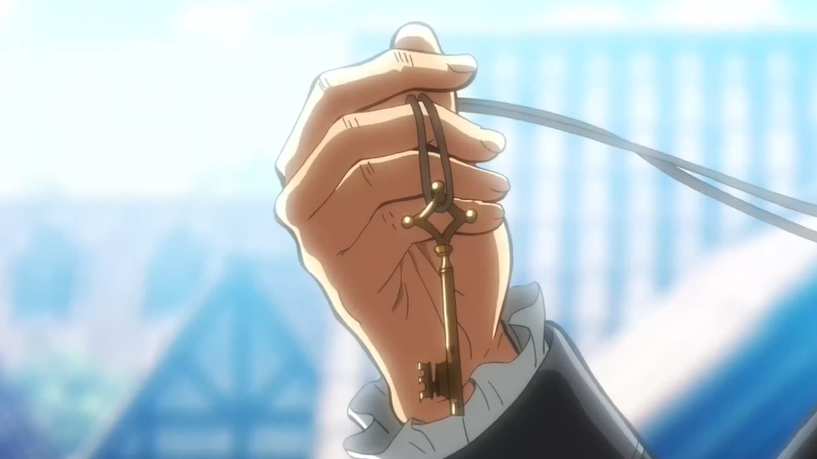 Later, during Wall Maria's fall, Grisha travels to the Reiss Chapel in the night. Bursting in on the royal family, Grisha [...] begs Frieda Reiss to use her Founding Titan ability to save Shiganshina from the Titans that are breaking in, but she refuses. In desperation, Grisha activates his own Titan ability, easily beating Frieda in combat, and devouring her, before going on to slaughter the entire Reiss family with the exception [of] Rod Reiss, who escapes. 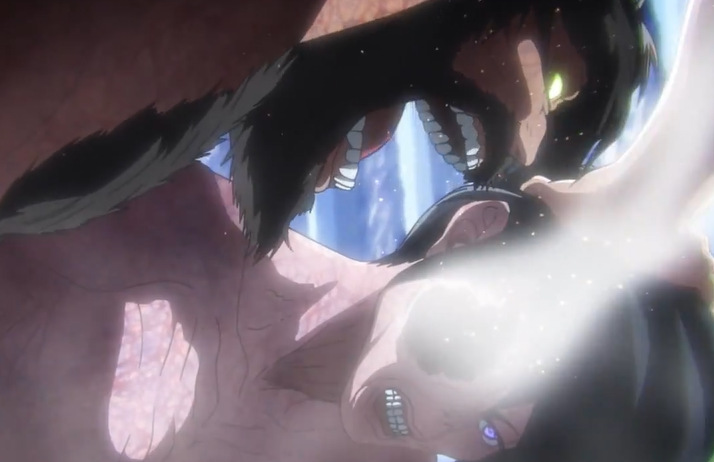 Traveling to Trost District, Grisha locates Keith Shadis and enlists his help in searching for his family among the refugees. Upon finding Eren, the two men learn that Carla has been devoured, devastated by the news. Telling Eren that he must avenge his mother, Grisha takes his son into the woods. When Keith tries to stop him, arguing that Grisha should not put such a burden on the boy's shoulders as he might not be gifted like Grisha, Grisha simply explains that the fact that Eren is his son makes him qualified, and orders Keith not to get involved. 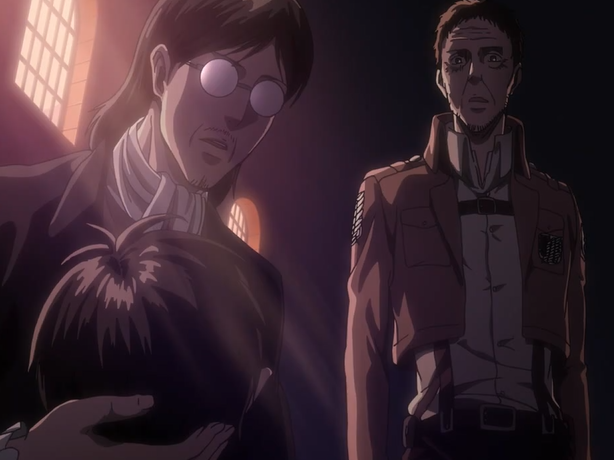 In the forest, he entrusts Eren with the key to his Basement and injects him with Titan serum, explaining to Eren that their memories will teach him how to use the ability. Transforming into a Pure Titan, Eren devours Grisha and returns to his human state, having gained the Founding Titan […]. 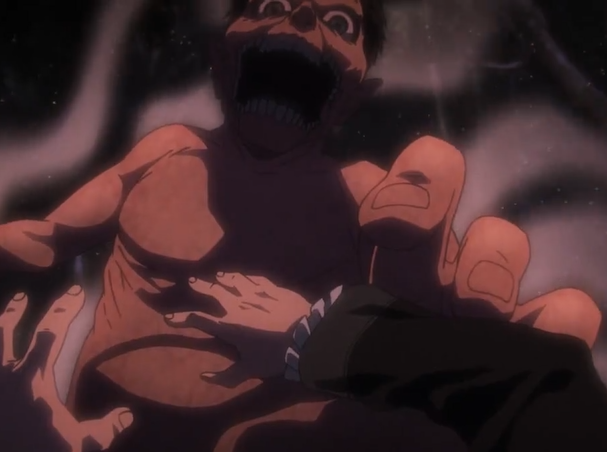 And now, leading to Season 1 Episode 2, this is what happens:

Minutes pass when Keith unexpectedly hears thunder from the direction Grisha went with Eren, prompting him to venture into the forest to find them. He finds Eren lying unconscious with no sign of Grisha. He brings Eren back to the shelter to rest with Mikasa and Armin. 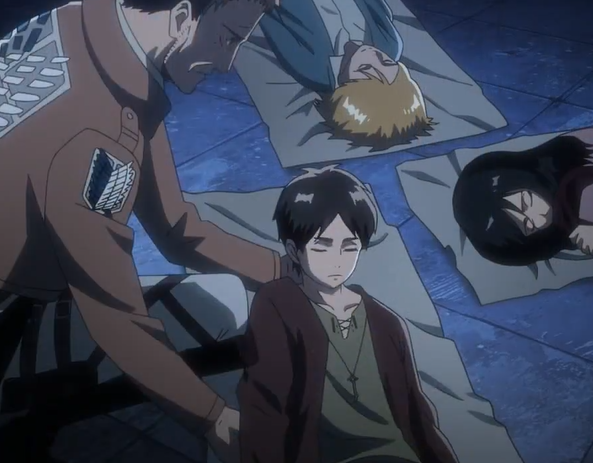 In Season 2 Episode 10, during

a conversation between Bertolt and Ymir, it is revealed that titan shifters cannot remember whom they have eaten prior to their transformation. Furthermore, having been a pure titan herself, Ymir claims that every day was like waking up into a nightmare. That is why Eren thought his transformation was just a bad dream, when in fact, it was not.

On top of that, Season 3 Episode 12 gives us a little insight on

the titan serum or titan injection itself. It is believed to be made up of titan spinal fluid. However, the exact chemical composition remains unknown.

So now we see that the timeskip encompasses

15
What race are the humans in Attack on Titan? What language do they speak?
7
What happened to Eren that made him unable to turn into a Titan in chapter 53 of the manga?
3
What does Mikasa mean by “It's happening again” in the 2nd episode?
6
What does the title of first chapter of Attack on Titan (進撃の巨人 Shingeki no Kyojin) mean or signify in the context of manga?
1
How did Reiner Braun capture Eren?
4
How is Levi so fast when attacking the Beast Titan's nape in season 3 part 2?
3
How much does the ODM gear weigh?