What is the reference to Kiba's speech and Issei's flashback in episode 2 of High School DxD Hero?

I've just started watching the 4th season of High School DxD (Hero). I know it's been a while since I've last seen the previous episodes. However, in episode 2, this line in Kiba's speech made me wonder if I had missed any episodes/OVA. 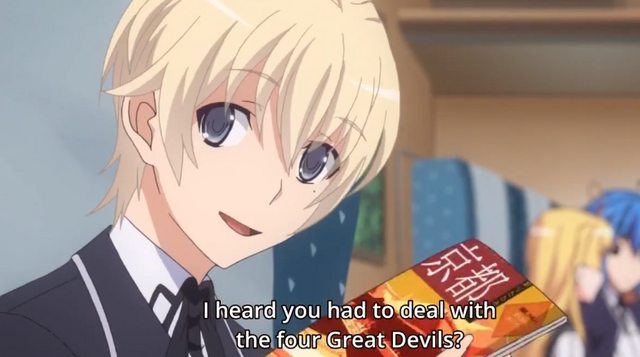 Kiba: I heard you had to deal with the four Great Devils?

A few seconds after, Issei had a flashback and then I was sure, I missed some episodes. 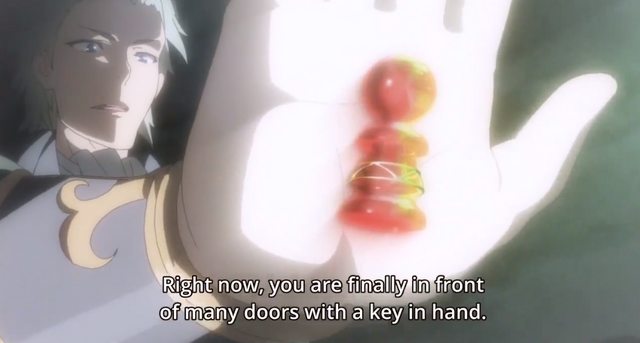 Unknown character: Right now, you are finally in front of many doors with a key in hand.

That's referring to the events in one of the short stories from Volume 8, Extra Life: The Fun Gremory Family. It was never adapted in any form, so the only way to know what happened is to read the novel. Fortunately, Volume 8 is a collection of short stories, so they can be read in any order; you could even read that short story alone and not feel lost at all as long as you've watched the first 3 seasons.

I'd still recommend reading the whole series in its novel form, as the 3rd season really butchered the series, pretty much mixing the stories from volume 5 and 7 into a single arc, and then closing the season with the events from volume 6 but with an anime original ending that was scrapped by Episode 0 of the 4th Season. It was THAT bad. Especially since mixing vol. 5 and 7 ended up in cutting the Rating Game between Rias and Sona, which Issei references in the latest season when he talks about wanting to pay back Saji after "losing" against him.

Not the answer you're looking for? Browse other questions tagged high-school-dxd or ask your own question.

3
What are the relations between the level of power and abilities and the promotion of Pawn?
2
What exactly the demons gain from their “contracts”, and how do they “level up” from executing contracts?
2
Strongest beings in High School DxD
1
Will there be a season 4 of High School DxD anime?
1
Where can I buy High School DxD English-translated novels?
0
Has “High School DxD” Light Novel ended?
0
In High School DxD, what does a demon gain by forming a contract with the summoner?