How can we convert between a.t.b. and Revolution Year?

In the first two seasons of Code Geass, dates are mentioned with "a.t.b.". I took this screenshot from first episode of season one: 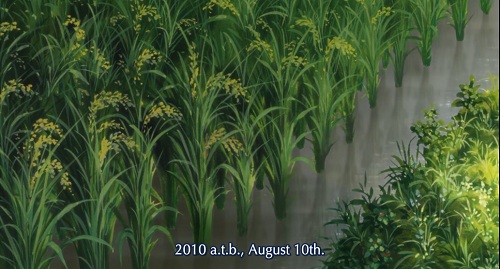 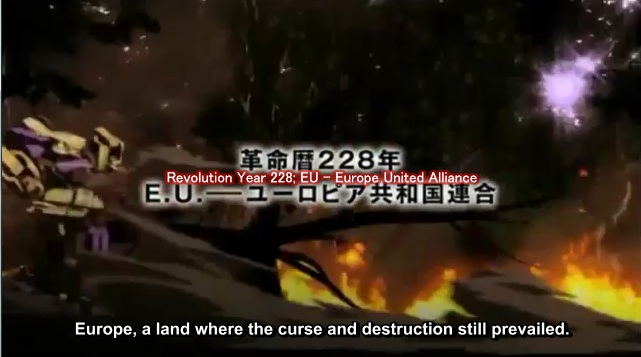 What does a.t.b. stand for?

It stands for "Ascension Throne Britannia", named after the "date the first Celtic super-king, Eowyn, was elected by the united British tribes to battle Rome, becoming the first member of the modern Britannian imperial family."{1} 55 B.C. is equivalent to 1 a.t.b.

If you want a simple conversion between a.t.b. and R.Y., just some simple math:

At the beginning of the second episode of Akito the Exiled, the following is said:

Revolution Year 228. It has been seven years since the Empire of Britannia invaded Japan and renamed it Area 11.

Because the invasion of Japan happened in 2010 a.t.b, it can be deduced that the offset, at least in the time frame of the series, between a.t.b and R.T is:

Not the answer you're looking for? Browse other questions tagged code-geass code-geass-akito-the-exiled .

3
Who is Julius Kingsley?
7
Difference between a code and geass?
2
"Wish" in the credits of Code Geass and Steins;Gate?
5
Why is Guren's cockpit seat different from other knightmare frames?
0
Code Geass: Lelouch of the rebellion dvd version differences
5
Can I play a PAL copy of Code geass on my US player?
12
Is Cheese-kun real?
5
In which order R1, R2 and Akito the Exiled need to be watched?
9
Does Lelouch vi Britannia speak with a Japanese accent?