What was the shop that Subaru went into?

In Ro-Kyu-Bu! SS episode 6, Subaru and the team makes a stop at a local shop while on a class field trip. Aoi is with them as well, and reads the sign out as "Youjiya": 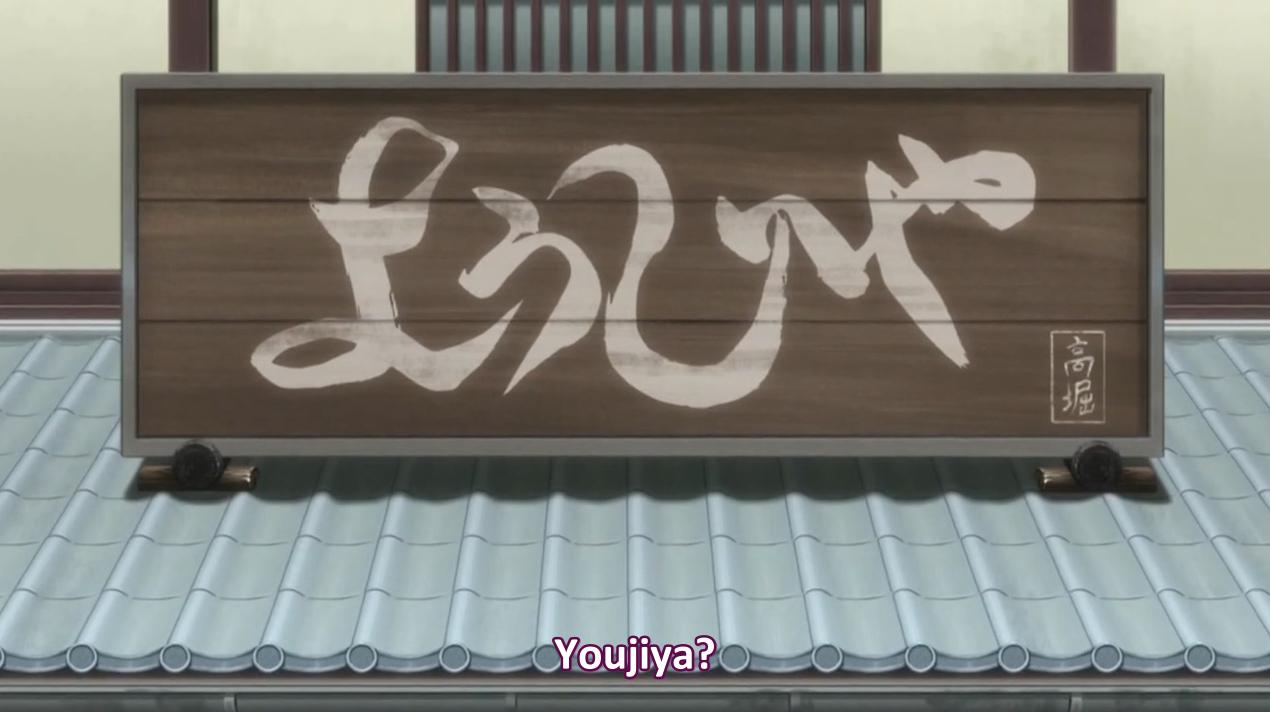 In the next cut, she says it aloud again, and says it as "toddler shop": 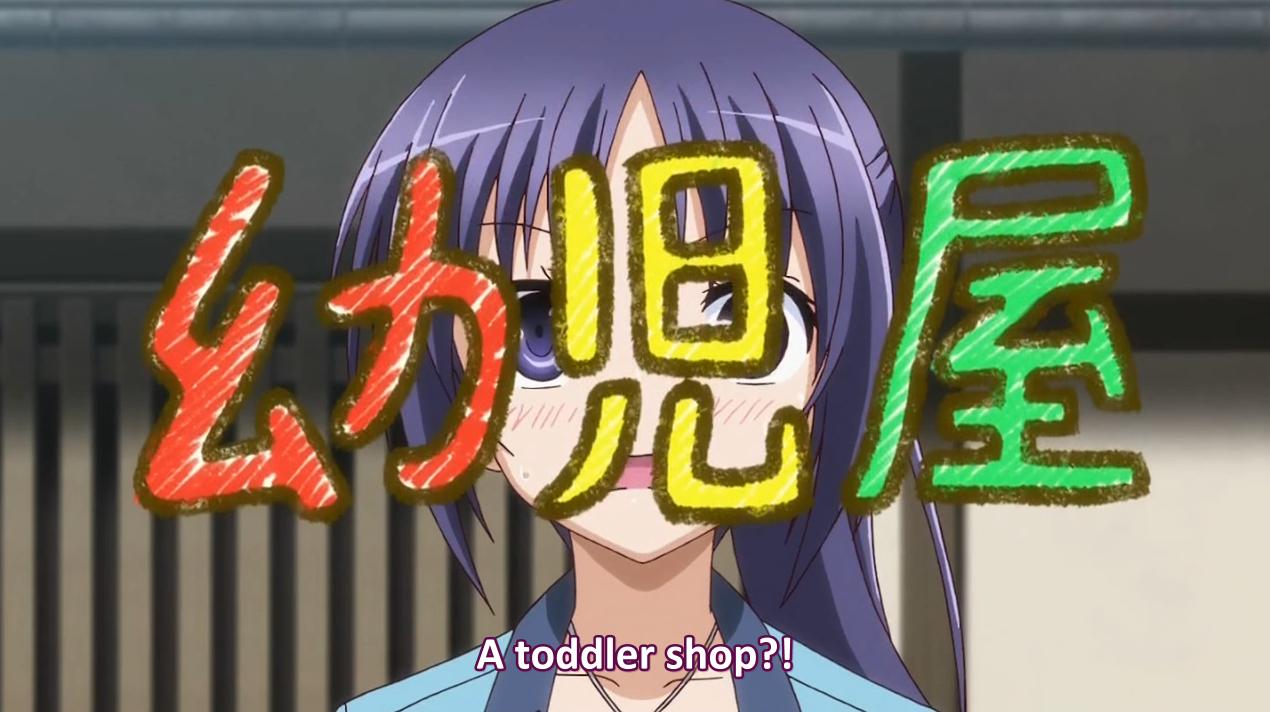 However, when we go inside the shop, Subaru is buying toothpicks: 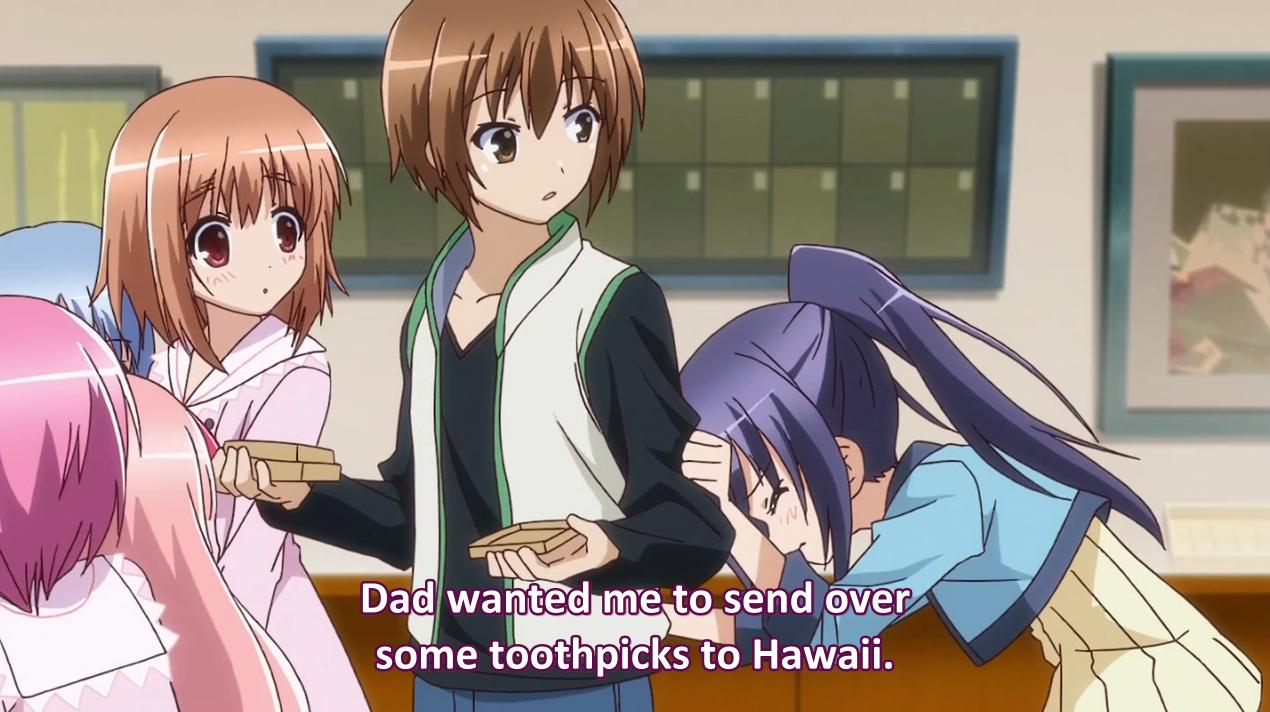 Does the sign indeed say "Toddler Shop"? If so, why were there toothpicks inside (and nothing seemingly toddler-ish)? If not, what did the sign actually say?

The sign says ようじや (youjiya) but because it's written in hiragana the meaning is a bit ambiguous. The や suffix in the name of a store would always be 屋, which just means store, or it can also refer to the head of such a store (e.g. 魚屋 can mean either a fish store or the dealer selling you the fish). So this is a store for ようじ (youji), but the meaning of that is still ambiguous because ようじ written in hiragana is a homophone that could have several meanings.

The meaning that Aoi interpreted is 幼児, which means infants and young children. So Aoi thought it was a store to buy children, hence the second screenshot you've given. This is the most common somewhat sensical interpretation of ようじ when written in hiragana in this context. It could also mean 用事 (errands) in other contexts, but that doesn't fit here.

But ようじ can also mean toothpick written as 楊子 (or 揚枝 less commonly). Usually one uses 爪楊枝 (tsumayouji) to describe the toothpicks themselves but the 爪 (here tsuma, meaning claw or nail) can be omitted in principle. This is the meaning here, so the shop is literally a store for toothpicks (and likely some related merchandise).

I think that many Japanese people would not know how to interpret the sign ようじや, so Aoi's misunderstanding is understandable. However, I don't think very many people would think that it was a store for 幼児 (children) either, so Aoi's leap of reasoning there is somewhat comical.

As a cultural note, there actually is a toothpick specialty shop in Japan. It's called Saruya and located in Tokyo (link to a blog post about the store). As far as I know this is the only store of its kind in Japan, so the shop in Ro-kyu-bu is fictional (being in Kyoto). In any case, Japanese culture takes toothpicks more seriously than most other cultures, so the existence of such a store is not entirely impossible, but it's still quite implausible.

In addition to Logan's already ample explanation, there's another layer of complexity to this wordplay.

There is a famous brand of cosmetic items in Kyoto, called よーじや Yojiya, pronounced the same way. They're especially famous for their facial oil removing paper (あぶらとり紙 aburatorigami), a popular souvenir in Kyoto.

Their name comes from the toothbrush they sold early on in their business, which was called 楊枝 yōji back then. Nowadays toothbrushes are called 歯ブラシ ha-burashi (a literal translation of the English word), so people use the word 楊枝 to mean 爪楊枝 tsumayōji (toothpick).

So when a tourist comes to Kyoto for the first time and sees Yojiya, they think of it as a specialty store in toothpicks. They would walk into the store expecting to find out what a high-end toothpick would be like, only to find out otherwise.

So, the scene in question could be considered as a gag that plays upon this popular joke.

Not the answer you're looking for? Browse other questions tagged japanese-language ro-kyu-bu or ask your own question.

7
What is the significance of the title “Ro-Kyu-Bu!”?
7
What game is Subaru playing with the girls?
6
What is the chibi-esque gathering at the end of each episode?
4
Is Subaru ever caught in the vault?
2
Why was Darui sucked into the Benihisago?
4
In episode 1 of rokyubu, what is the manga that one of the characters is reading?
1
What is Darkness saying while standing in front of Wiz's shop?
2
What is the Juralian referring to by “that day”?
1
What is the relationship between Odin, Seifer and the Kanji that appears?
2
Why was “Mr. Raindrop” transliterated into hiragana rather than katakana?