Why is Al's armor so big?

In Fullmetal Alchemist, when Al and Ed try to get their mom back using Alchemy, Ed lost his one arm and one leg, and Al lost his body. Then we see Ed having a metal arm and leg, and Al with a big armor.

Why a big armor and not a normal human size one?

Because all Ed did was attach Al's soul to the armor, he didn't make the armor. In fact, the armor was already in the basement

As you can see, behind Ed and Al are 2 sets of armor. In the 2003 anime, there is even a shot of these in the opening scene of the first episode.

While the image isn't really clear, we know this is Al's armor as after Ed returns from the Gate, the armor he uses to bind Al's soul falls next to him 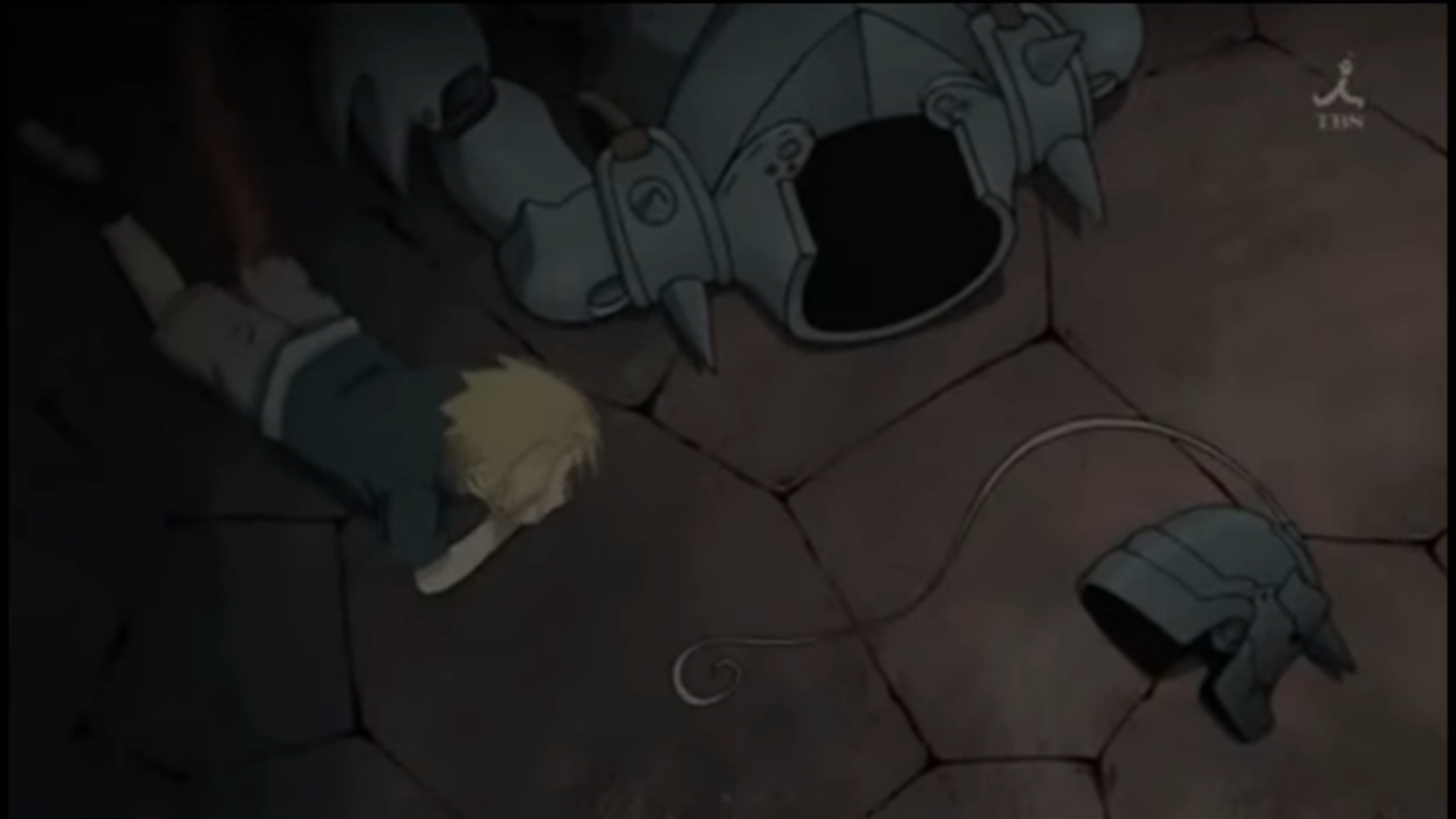 Given where it falls and the angle, we can rule out the other armor that's behind Al.

Here is the scene in question from Brotherhood on YouTube

You can see that after the armor falls, Ed crawls to it and draws the blood seal. Beyond that, binding Ed does no more alchemy to the armor.

Since the binding cost Ed his arm even with the unique trait where he can do transmutations without a circle, he can't do it without another arm. So even if Ed wanted to morph the armor into a better shape, he can't and (after the initial shock) Al was more worried for Ed losing so much blood that he's what he looked like now.

8
How come Alphonse can do alchemy in Fullmetal Alchemist: Brotherhood?
7
Why did Julia lose her leg?
5
Why did the Elric brothers only believe in one rule of alchemy?
10
When Edward and Alphonse try to transmute their mother, how come they didn't gain anything?
6
Why can't Roy Mustang bring his eyes back using his gate?
8
Why does Ed and Al's mom cost so much to transmute?
8
Why did Alphonse lose everything?
2
Why can't Alphonse trade his alchemy for Edward's alchemy?
6
Why is Ed able to exchange his knowledge?
0
How did Alphonse rebound his soul to his previous body?