Who is “Sala Powell” in HoTD?

In the opening and several in-episode scenes, there is a MISSING poster for "Sala Powell". These posters are in so many places, I wondered if she is somebody important. Is she? 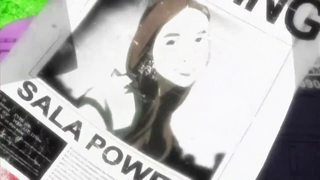 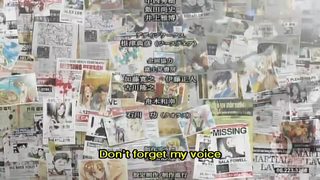 After a devoted search all around the interwebz, I have come to a sad conclusion that I could not find anything specific about Sala Powell at all.

What I did find during my searching is some potential connections that might help others search, and some speculation.

After asking quite some HotD addicts about their opinions, and looking around online myself, I found:

Points 1 and 2 speak for themselves. She might have been a scientist on some sort of military project. In one of the first episodes, the self defense force of Japan flies over the school, seemingly ignoring all the people flying to a specific point, picking up Sala Powell? Does she have the answer to the apocalypse? Does she have a cure? These points just give more questions than real answers and can't be really proven 'til more of the manga is released.

The 3rd point: Daisuke Satō doesn't even know himself. Satō is a writer known to go on hiatus for a long time due to having no inspiration or just writing himself into a corner not knowing how to get out of it.

And my 4th point, which seems to be most likely for now, is that this is a plot point yet to be revealed. We don't really know much about the apocalypse: not how it started, not what caused it. This might be revealed at a later point in the story. So, until Daisuke Satō makes more manga chapters to harvest information from, I don't think we can have a definite answer.

have you thought that since Japanese people tend to say L as R and R as L, it could be that the creator intentionally named her Sala Powell instead of Sarah Power. Sarah Power is a Canadian actress and she resembles the drawing present in the missing poster.

Not the answer you're looking for? Browse other questions tagged highschool-of-the-dead or ask your own question.