Why is Luffy's scar shaped “X”? 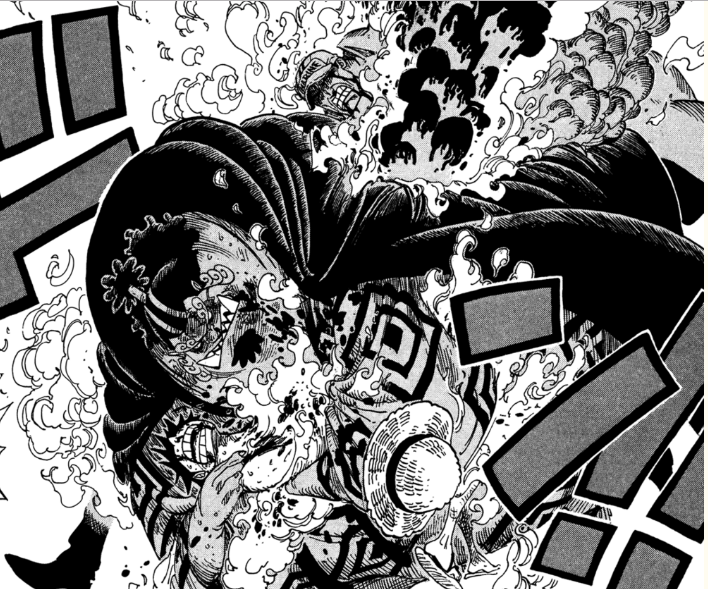 In the end, his wound was like a burnt wound, that means his skin was scorched. 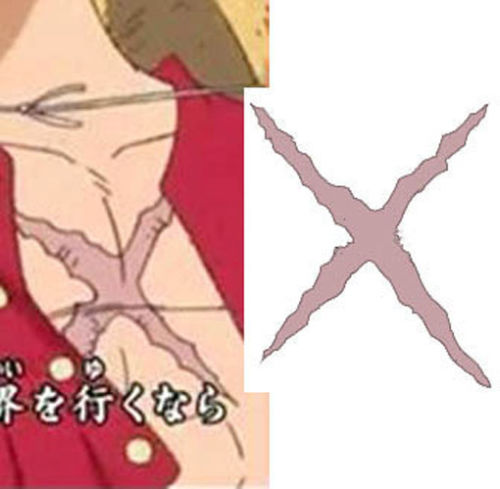 When his burnt wound healed, why is his scar shaped like "X" like it was a wound of getting sliced by a sword? I thought the skin that was burnt will leave a scar like a "burnt wound's scar", not a "cut off" scar like that.

Taking the answer Oda gave in SBS 62, we can safely assume that the scar is indeed from Akainu.

If we take a look at some various things, we can come up with a fairly good estimate as to why the scar takes the shape that it does.

Firstly, Luffy most likely took less damage due to the attack being blocked by Jinbe. This means there is a chance that there was less burn damage.

Luffy is made of Rubber, rubber melts before it burns, and with Jinbe taking the a portion of the attack, there is a chance that rather than burn, his skin would have melted, possibly creating points, rather than a round hole.

From here, we know that he received medical treatment fairly quickly. Once the internal damage was rectified, the hole would need to be sewn back together. If we assume that the skin was melted in the way stated above, it's not out of the realm of possibility for Law to have only had the option of stitching it back together in this manner, thus leaving a sort of x shaped scar.

This is the best I can figure, based on speculation.

I did some research and it turns out that he didn't get the scar from Akainu at all. The website stated that he would have gotten it from another unknown creature. Your right in saying that it makes no sense how you can be blasted with magma and this therefore resulting in an 'X'mark. Also, Oda in the past has admitted to forgetting to add detail in the past. Plus on top of that Luffy could have had the 'X' mark covered up by either bandages or his shirt to hide it before the battle at Marineford. Still for the current moment it is unknown to how luffy has really gotten the 'X' mark but so far we can safley assume that is was not from Akainu

Yes, I know that this is a forum but this is the closest to an answer that we currently have.

5
How did Luffy get the scar on his chest?

16
Why does Shanks already have his scar at the beginning of One Piece?
14
Why can't Zoro cut Seastone?
1
Is the heart a weak point of a Logia user?
5
Was Luffy able to activate/experience Kenbunshoku Haki in the War of the Best?
6
Why couldn't he simply turn into fire and repair the damage?
6
What is Shanks' sword made of?
4
Why does One Piece antagonist disappear after being defeated?
5
How did Luffy get the scar on his chest?
2
Is Law stronger than Zoro in sword technique?
0
What's up with people's regeneration in One Piece?