Which other nations are there in Attack on Titan world aside Eldia and Marley?

Aside from Marley and Eldia, the "Middle Eastern Allied Countries" (中東連合国), a certain "Eastern Country" (東の国), and a part of the world called the "Orient" (東洋) are mentioned. Mikasa is an Oriental. The Eastern Country and the Middle Eastern countries are probably part of the Orient, but these are not clear. As to whether or not they are more technologically advanced than Marley and Eldia, I don't know.

The name of an Eastern Country, "Hizuru" is mentioned in Chapter 98. Mikasa is a descendant of a once powerful clan in Hizuru.
As for the technological level of Hizuru, it isn't clear if it's higher than Eldia or Marley. We only know from Chapter 107 that Paradi is about 100 years behind the rest of the world, and that Hizuru will help Paradi catch up.

In season 4 episode 4 of the anime, close to the end of the episode, they mention a woman comes from a nation of the west, a nation called Hizuru.

There's this Attack On Titan Universe map that I found somewhere in the web, 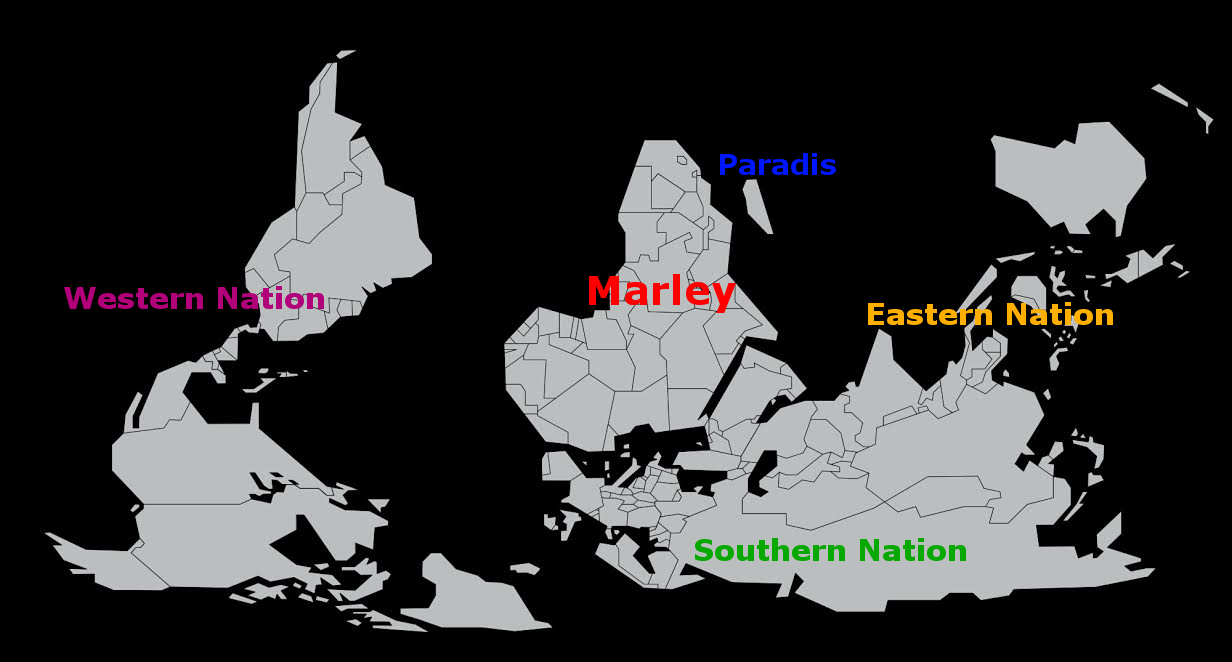 2
Are there other nations in AOT?

1
How many of the members of the 104th corps are titan shifters?
0
Does the anti-Titan artillery exists in the anime?
1
If the Beast titan has similar powers to the founding titan, why do they need the founding titan so desperately?
0
Were the War Hammer Titan and the Cart Titan ever shown in the anime?
5
Is "Attack on Titan" taking place in the past or in the future?
0
Subjects of Ymir and pure titans
0
Why did the Marleyans go after the Founding Titan if they were aware of King Fritz' warning to organize the rumbling?
2
What does it mean exactly that the Ackerman clan can manifest "the power of the Titans" as humans, without becoming a Titan?
1
Why Willy Tybur claimed Eren could attack using the colossus Titans in the walls, if supposedly Eren can't control that ability?