Why does Exodia still appear in the intro of the first Yu-Gi-Oh! series? [closed]

Every time I watch Yu-Gi-Oh!, I see Exodia and I remember that Weevil throws all of the pieces but Joe saves a few, not all of them, so Yugi can’t summon him. However, The Exodia is still shown in the intro.

The intro sequence showing of monsters at the end only changes 3 times in the original Yu-Gi-Oh! series 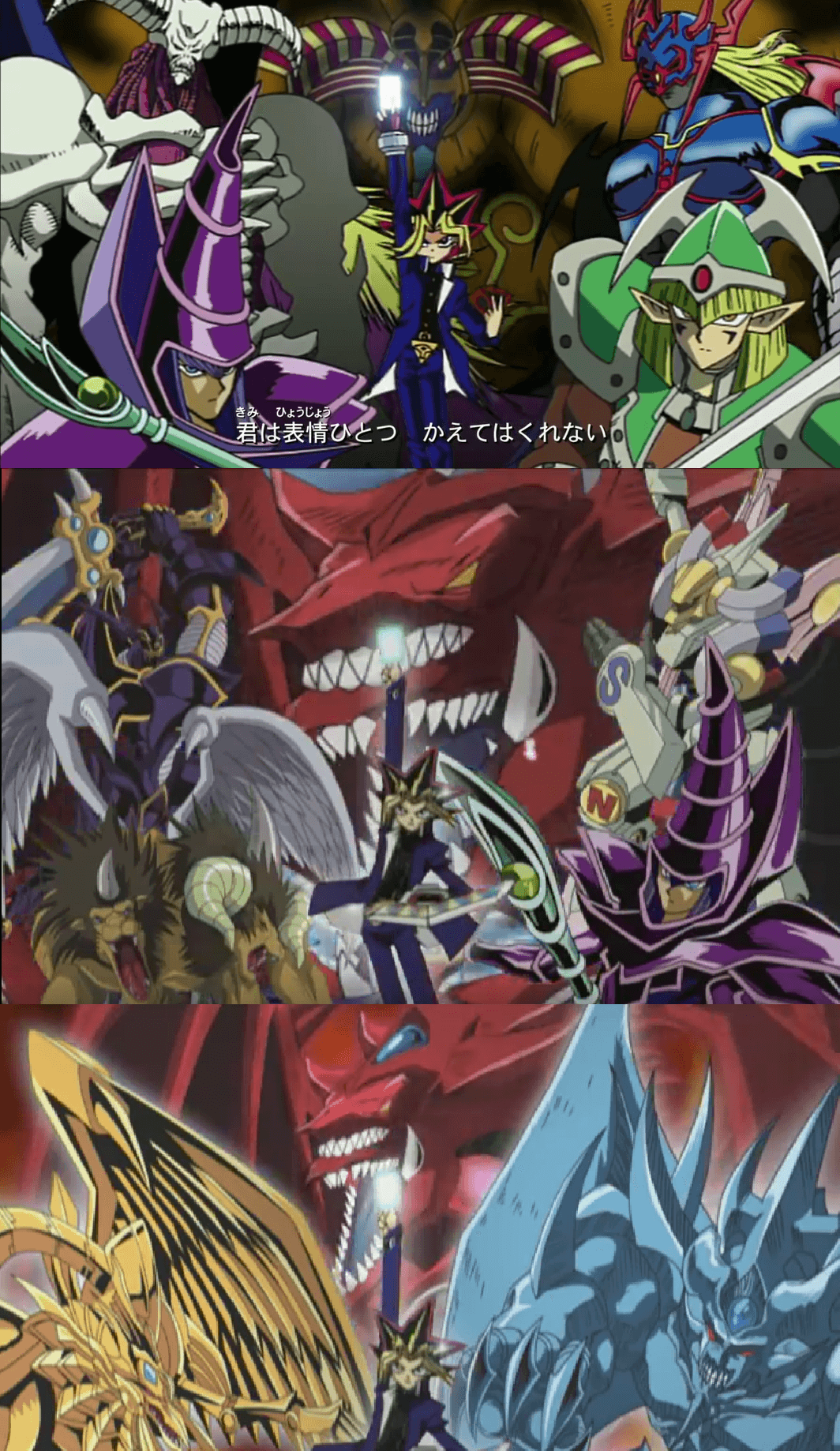 At the start of the series, Yugi became famous for not only defeating Kaiba but also summoning Exodia which is shown in the flashback prior to his grandfather saying it hadn't been done before. So, Exodia became an iconic card to Yugi's fame, enough so for Weevil to go for Exodia only.

It's not until the "Virtual World" arc (season 3) that Slifer the Sky Dragon takes Exodia's place even though Slifer is never summoned by Yugi until the next arc/season. However, Slifer became an iconic card of Yugi just like how Obelisk was Kaiba's and Ra was Marik's until Yugi won all 3 God Cards, which is reflected by the change of the intro's end of the next arc/season despite that Yugi never summons all 3

So ultimately, the monsters shown at the end aren't necessarily monsters that Yugi has summoned but more iconic to Yugi as a character.

3
Who are “those guys from Season 4” that Yu-Gi-Oh The Abridged Series references?
7
Did Yugi duel against a prerecorded Pegasus or the real one?
3
Why is the American version of the manga split into three parts?
8
Why has nobody been able to summon Exodia before Yugi?
4
Does the Heart of the Cards work for anyone or just Yugi?
4
Why was the Osiris Egyptian God Card translated as Slifer the Sky Dragon?
3
What does the “5D’s” mean in Yu-Gi-Oh! 5D’s?