In episode 23 of the original series, Okabe receives a D-mail from 2025 which triggers him try again to save Kurisu and enter Steins Gate. 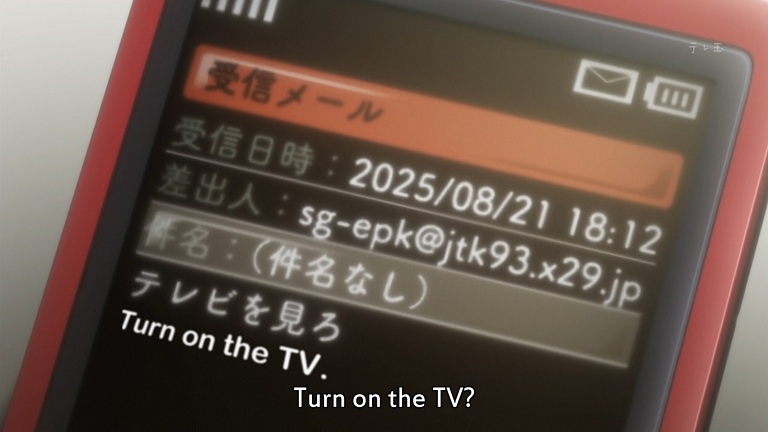 In episode of 23 of Steins;Gate 0 we see the same scene: 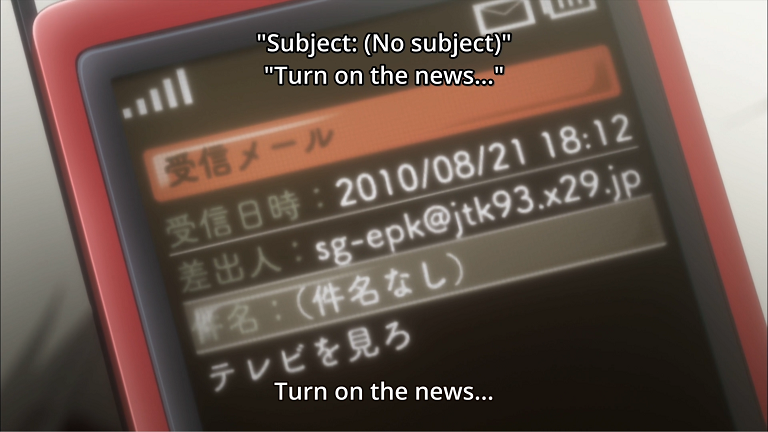 There's a clear discrepancy here. The year in the date.

The text "受信日時" translates to "Reception date and time".

Pardon me for this somehow lengthy response.

The episodes 1 and 7 of Steins;Gate tell a lot.

In the first half of episode 1, Okabe received a video mail from the future. It was received on 28 Jul 2010.

The main content of the mail, with the attached video file, in episode 1: 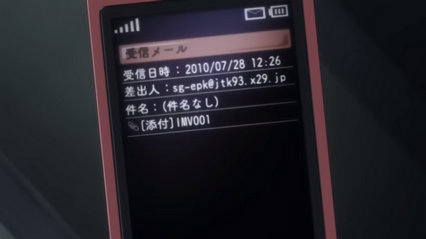 The video included in the mail, still locked, not playable (static), in episode 1: 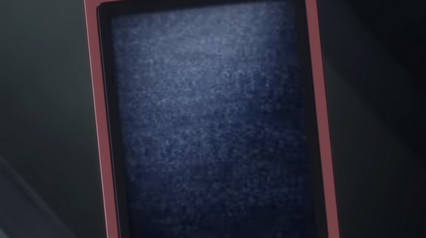 The video, unlocked, playable, in episode 23: 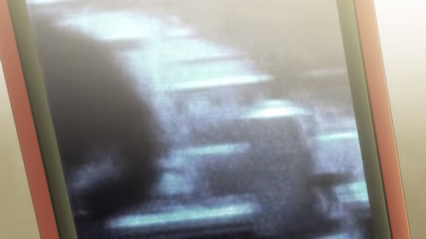 This video mail definitely shows the received date, not the sent date.

The mail received in Daru's phone: 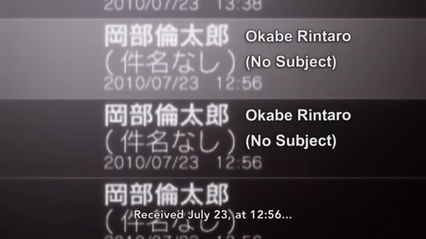 The current date, which is consistent with the received date of the video mail above (28 Jul 2010): 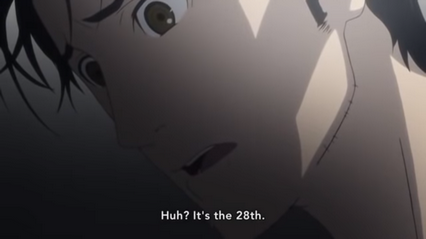 The timestamp shown at the very beginning of episode 7: 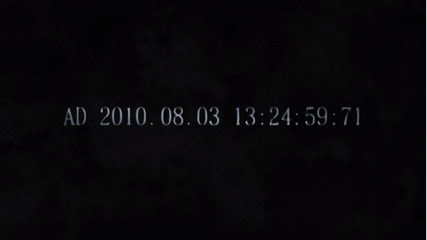 The contents of the D-mail sent: 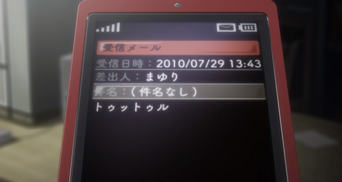 This mail, too, uses the received date.

There are a few other time travel experiments but that's pretty much it for the anime, we can also consult the visual novel, its source material.

Unfortunately, Okabe's phone in the visual novel does show the receiving date, but not the year. The year has to be implied to be the current year unless otherwise specified by the characters reading the mail or the narration. Also, only the receiving date is what is normally shown.

What a mail normally looks like in the visual novel, with only the received date shown: 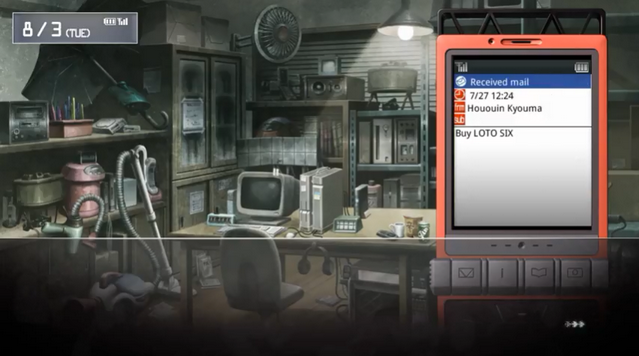 The above screen shows the LOTO SIX D-mail which was to be sent on 3 Aug 2010 and received on 27 Jul 2010. Just like the anime, it also only shows the received date.

A rare occasion where both the received and sent dates are shown: 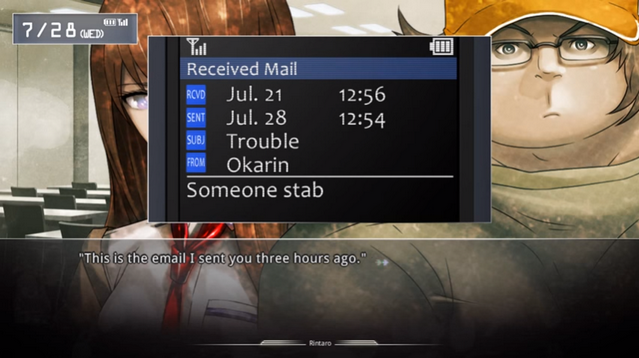 With the above in mind, it is safe to assume that the date on the field ”受領日時”/"Date and time received" should always be the date the mail was received. In other words, the mail "Turn on the TV."/"Turn on the news..." in the episode 23 of Steins;Gate has an incorrect date, and should have the year 2010, not 2025. Steins;Gate 0 episode 23 seems to correct it.

Is this discrepancy intentional? Or is it a goof? If it is intentional, is there yet another world line change hidden underneath that we don't know yet? (The ending of Steins;Gate 0 left plenty of room for a 3rd season.)