Is there any other characters with 2 quirks like Todoroki?

So it's stated in the last episode of season 3 of the anime that Todoroki actually has 2 quirks (it counts as 2 quirks) when students ask if Mirio has 2 quirks (it stated that he has only one, permeation, the "instant transmission" he uses is an application of permeation). So I wondered , is there any other characters with 2 quirks like Todoroki in the series?

I'll start by saying that Todoroki actually only has one quirk, called "Half-Cold Half-Hot", which is a hybrid of Endeavor's "Hellflame" quirk and his mom's ice quirk. At this point in the anime (I haven't read the manga), there are no characters that have naturally been born with more than a single quirk.

Hybrid quirks are not unheard of, since Todoroki explains the concept of quirk marriages in episode 20. Quirk marriages ensure either that a certain quirk is passed down for generations, or that two quirks are combined to create an even more powerful one, in the case of Todoroki.

That said, the characters in the anime that have been known to have more than one quirk are as follows: 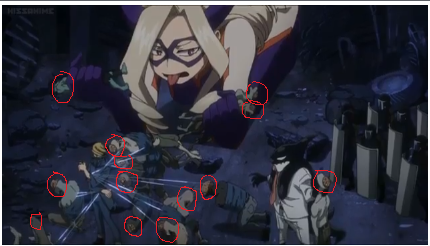 This makes for a total of 27 people with more than one quirk.

As well, during All For One's time in power before All Might defeated him, he may have used his quirk to transfer quirks to any number of individuals. It's unknown how many of them may still be alive, or whether they could pass these artificially inherited quirks down to their children naturally.

15
Why did Midoriya come last in the quirk assessment test when there were others worse than him?
3
Why All Might could handle the power of One for All at once and Midoriya couldnt?
2
Is there any other character with a quirk evolution?
0
How strong is Mezo Shoji?
5
Who is this goggles-wearing character from the second My Hero Academia S3 intro?
1
Why didn't Bakugo fight Mirio Togata with the other students?
0
Are there more difference between All Might / One for All quirk and Re-Destro quirks other than how the power is accumulated?
5
Why do the top 10 heroes in Boku no Hero Academia only come from Japan?