Has Azumanga Hoshuu Hen been released in English?

'Azumanga Hoshuu Hen' or 'Azumanga Extra Materials' is a set of three new chapters that were included into a triple volume edition of the normal azumanga manga. 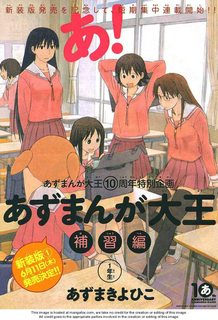 Were these bonus chapters ever released in English? I own the individual manga books, but I don't know if they were included in a similar english omnibus edition, a separate release or at all

The entire series was re-released as 3 volumes (one for each year), The author redrew a couple more chapters (16 pages of new content in each volume) to go at the start/end of the new volumes (these are the Supplemental lessons). 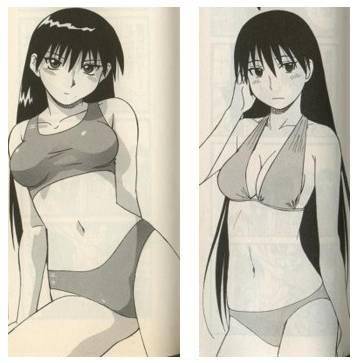 The author also redrew a lot of the content. Sakaki and a lot of her fanservice shots are redone. Some of the punchlines were also changed or completely redone (e.g. Kimura doesn't appear at the end of the Christmas chapter).

Not the answer you're looking for? Browse other questions tagged azumanga-daioh or ask your own question.