What was the purpose of their bodies looking almost identical to each other? Was it just the animator's decision or was it in the novel? 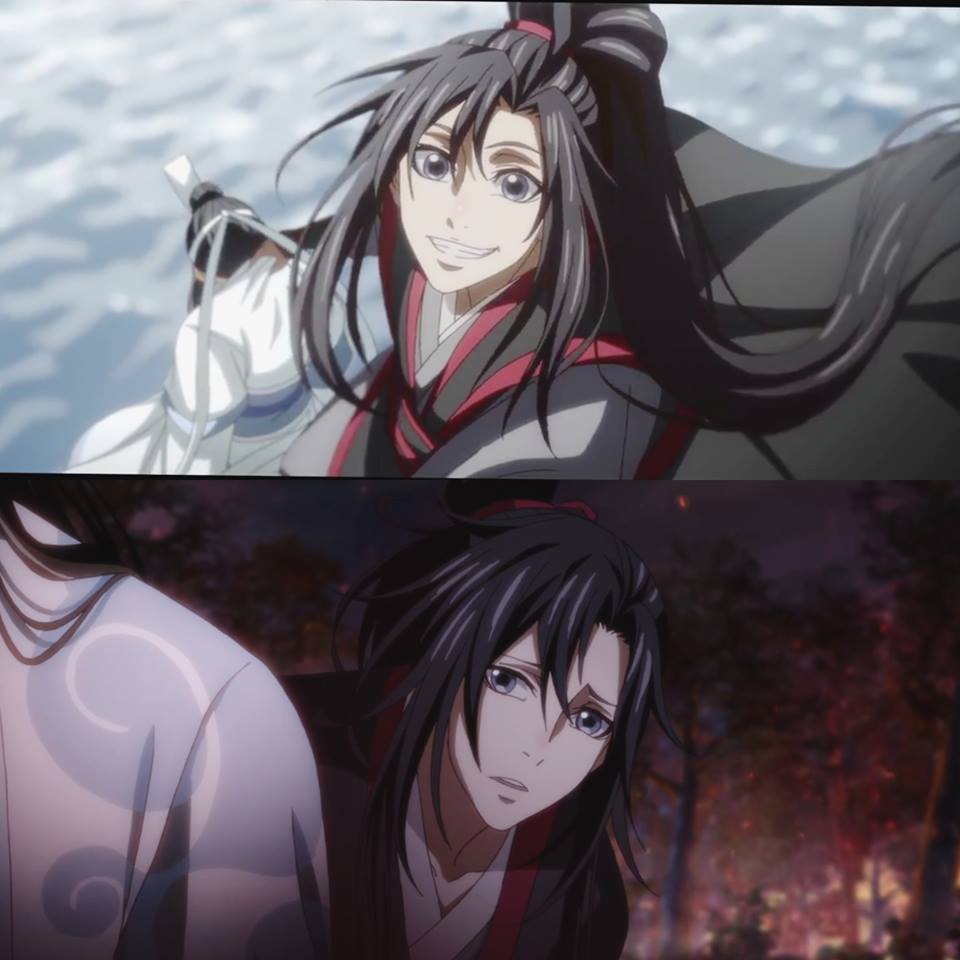 The top image is Wei Wuxian and the bottom one is him in Mo Xuanyu's body.

I think it was the animator's decision. All we know is when Wei Ying made comments about Mo Xuan Yu's body, he noted that Mo Xuan Yu was shorter than him in his previous life and that he was handsome as well.

There was no note on that in the novel. In the novel, he was extremely surprised when Lan Zhan was able to recognize him, so actually according to the story, they aren't supposed to look alike at all.

I think it was noted in the novel or extra materials that due to the influence of Wuxian's soul and the fact that the body LITERALLY became his, it immediately started taking the shape of his own body, little by little.

Not the answer you're looking for? Browse other questions tagged mo-dao-zu-shi .

0
Which episode is this scene when Lan Wangji smiles at Wei Wuxian on the roof?