The one thing that has always confused me about "cool headed" Gaara is how he became able to control sand. During the ninja war, Gaara's father (Rasa) Originally thought that Gaara had completely given in to the Shikaku (1 tail) mainly because of the vast amount of sand that Gaara was controlling. 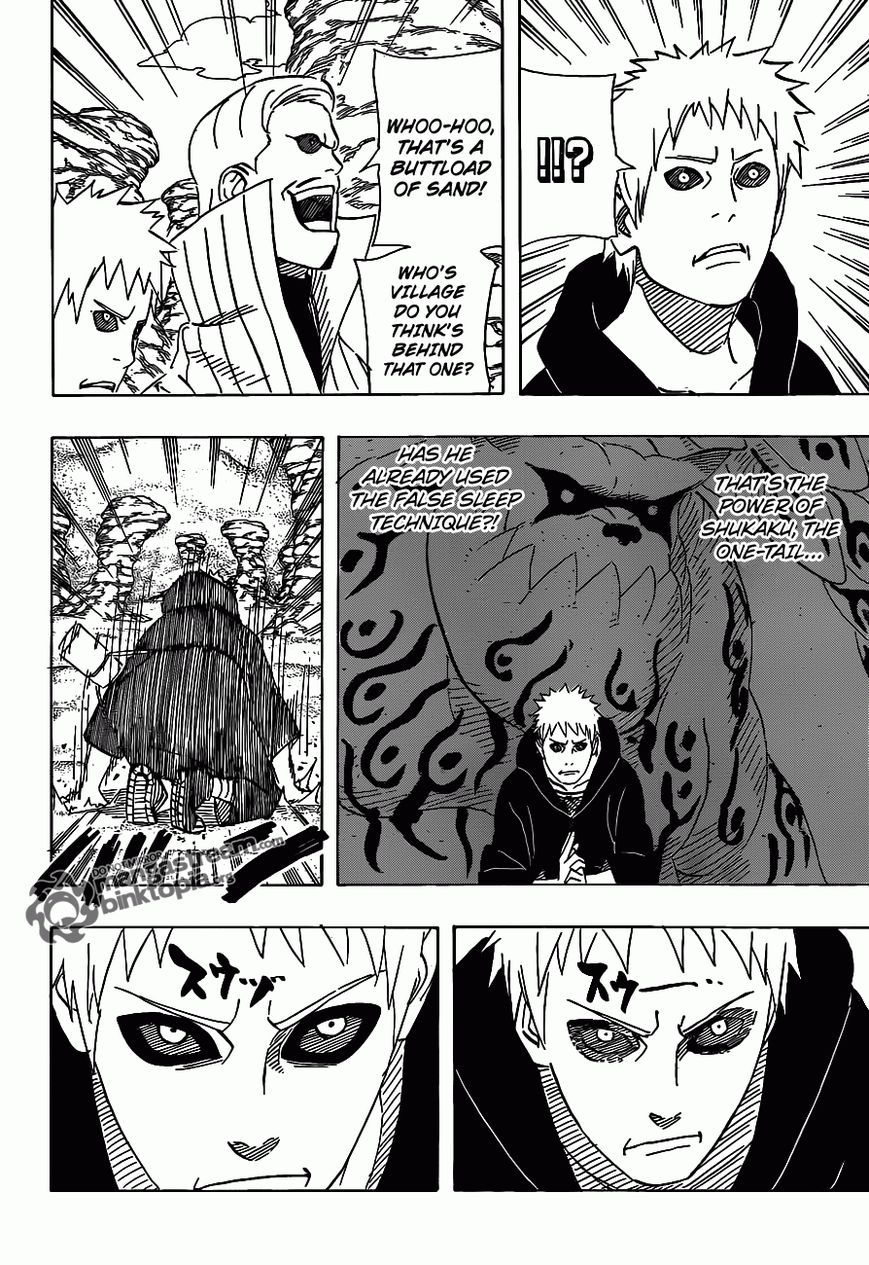 This leads me to believe that Sand manipulation is a characteristic trait of only the 1 tailed beast. However, if that were the case then Gaara should have lost the ability to manipulate Sand immediately after the Shikaku was extracted, but that wasn't the case.

Gaara's sand has also been known to protect him from all forms of danger, even when Gaara himself can't see the attack. This happens a lot in the Naruto series but during that same fight, his father stated that the sand was the proof of his mothers love.

(I'm not sure if this one part is actually true but a friend of mine told me that the sand is Gaara's mothers will and that's why he carries it around cause the sand is special) If that were also the case then Why can Gaara control normal sand too.

Its kinda confusing and I can't pinpoint how Gaara is actually able to manipulate sand.

Sand manipulation is not something limited to the Shikaku. Throughout the series we have seen several sand controllers.

One of the most notable applications of sand manipulation would be Kankurō's manipulation. Where he masks his puppet as another person, in chapter 42.

However, the Shikaku does help. Just as how the nine tails allows naruto to tap into it's chakra, the shikaku allows something of a similar sort. Which effectively allows Gaara to manipulate more sand.

So to answer your questions

No, as several others have also shown control of sand.

This is correct. Upon dieing his mother imbued the sand which Gaara carries along in the gourd with her will. This sand will protect Gaara regardless of his will, a technique also known as sand shield

8
Why wasn't a Uchiha asked to control the Nine Tails during its attack?
7
How was Nagato able to re-awaken and control the Rinnegan?
5
How was Kakashi able to increase the amount of times he can use his Sharingan?
3
How was Kakashi Hatake able to survive and become the next Hokage after losing his Sharingan?
8
How did so many people get away with cheating during the written portion of the Chunin Exam?
6
If Tobi could use the izanagi, which requires both Senju and Uchiha DNA, then why wasn’t he able to awaken the Rinnegan on his own?
1
Did Pain control the animals from his Summoning jutsu?
1
Is it explained anywhere how the Nine tails biju was kept in control by all its jinchuriki?
1
Why did Yashamaru lie to Gaara that he hated him?