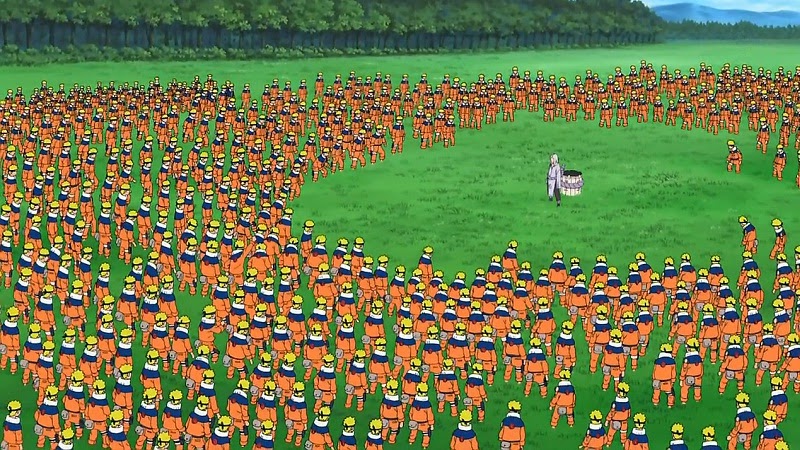 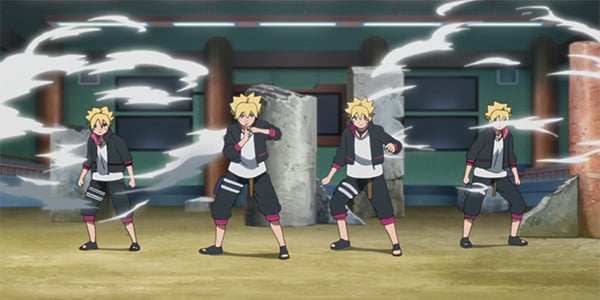 I think that boruto doesn't have as much chakra as naruto. People think that boruto has the same amount of chakra as naruto because naruto was not even able to make a perfect clone at the beginning of the series. Buth the thing is that naruto has so much chakra that it becomes extremely hard for him to control his chakra correctly, plus the fact that seal used for the nine tails also affects his performance. The shadow clone jutsu and the multiple shadow clone jutsus were easier for him to be applied because those techniques required a lot of chakra compared to a simple clone. On the other hand, Boruto always had a great chakra control, and not as much chakra as his father, so it was easier for him to make normal clones. Now the real difference between naruto and boruto doing shadow clones is that naruto has so much chakra that even without wanting to, he releases a pretty high amount of shadow clones, while boruto has to concentrate a lot to get a high amount of clones, since he has not inherited the chakra of his father.

Also, I personally think that naruto became one of the ninjas with the best chakra control. Considering that he fought for 3 days straight during the 4th ninja war (Including 1 complete day were sasuke was doing whatever he was doing) using advanced techniques that cost a lot of chakra, such as:shadow clone jutsu, rasengans here and there, and thats pretty much it considering that he only knows a few teqhniques. I will not include the rasenshuriken or the bijuu dama since they are created via nine tails chakra or the sage mode natural energy.

8
How come Naruto's Chakra responds to Wood Elements?
10
Did Naruto's children inherit Kurama's chakra?
2
What was Naruto's chakra nature before Shippuden?
0
What are typical numbers for chakra reserves and regeneration times in Naruto?
3
What chakra natures does Naruto have in Boruto?
6
How did Boruto learn the shadow clone jutsu?
1
Does having large chakra reserves for a child ninja indicate what one can achieve as an adult?
3
At what point did the Kurama stop sucking Naruto's chakra?
2
Why Masashi Kishimoto did not author Boruto?