Reincarnated as a Slime -- Are the alphabets in the end credits real?

The end credits for the anime series That Time I Got Reincarnated as a Slime have a unique trait which I am trying to understand. Here is a capture from the end credits of episode 2: 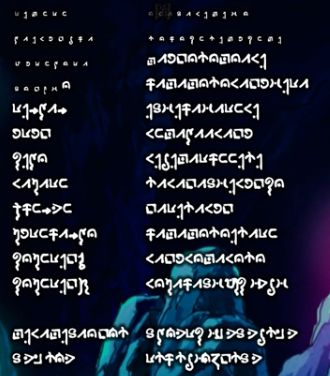 The image captures a transition between the first alphabet shown and the second. Each of the first two alphabets lasts for less than a second, when finally Japanese shows up for a few seconds. Originally I thought the first language was Thai or Georgian or some similar-appearing language. Now that I have done the screen capture, I'm pretty sure that neither of the first two are real writing systems. Are they?

If not, is there some in game reason to show the credits in three alphabets? I get that theirs is a multicultural world, but so is ours, and we typically stick to one language in credits.

Looks like an original alphabet, possibly based on runic alphabet. However, it is a complete alphabet with known transliteration.

解読マリィ@happymaryheart tweeted his work on the complete transliteration of the alphabet. 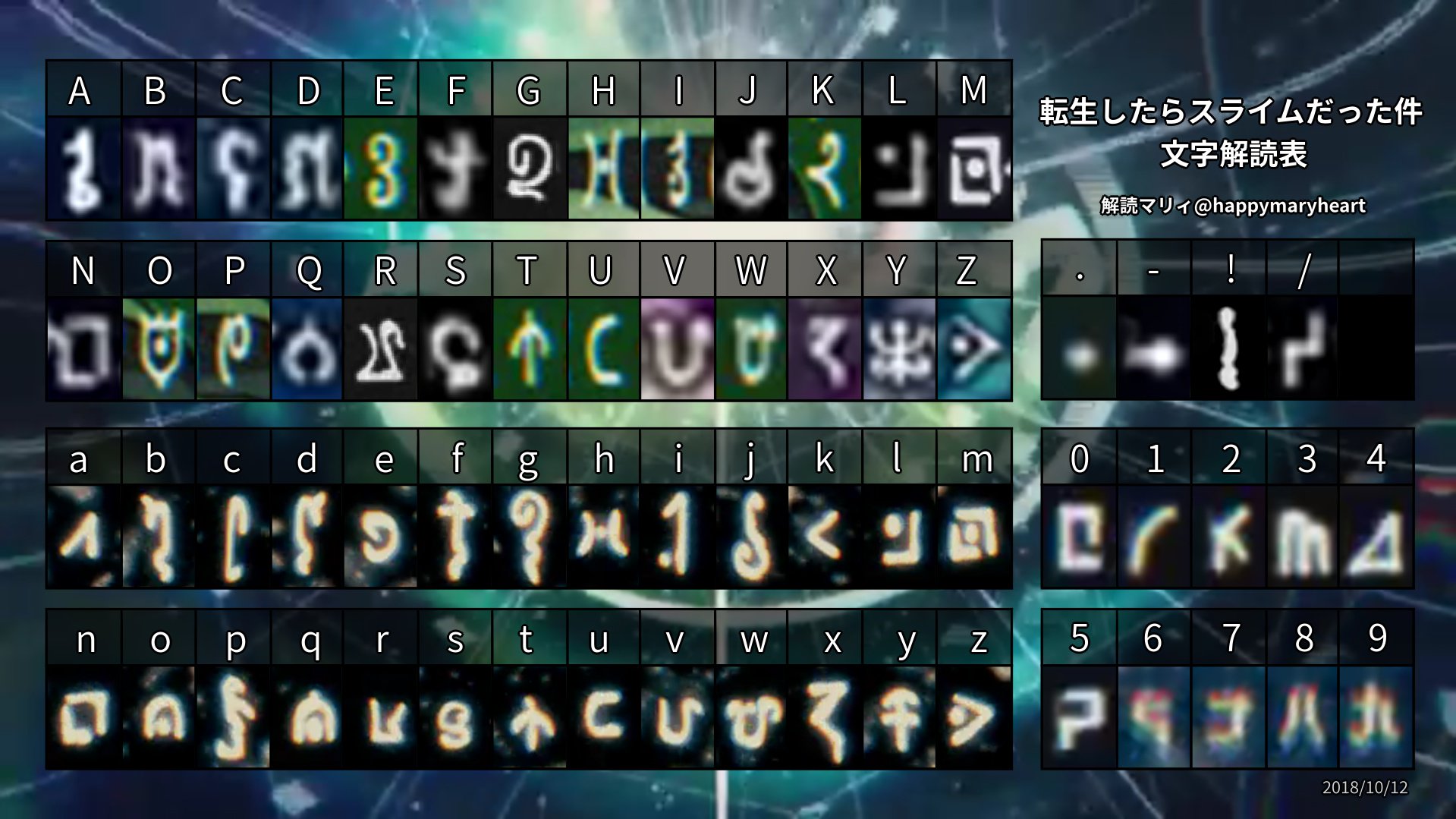 Based on transliteration samples he tweeted, it's basically either:

As for why the credits are shown in three alphabets... it's actually only shown in two alphabets: this runic alphabet and Japanese/English. The runes are shown for the first time, then they shrink before being replaced by the original words.

As for why it's done this way... I haven't done any researches for this, but I'd speculate on artistic impression, or perhaps it's actually the only alphabet in their universe...