Why does Shiroe buy all the land in Yamato and give it to the server?

Shiroe has won all the Kunie's money, with which he buys all the land in Yamato, and then though a contract reassigns it to the server permanently. He explains that this is so that other players can't buy the land and misuse it, e.g. locking people out of the bank.

I understand that. This means that in terms of land ownership, it will become something similar to when Elder Tale was still a game.

However, doesn't this cause another problem?

The whole reason why Shiroe bought the zone of the guild house in season 1 was to maintain peace in Akihabara wasn't it? Other members of the Round Table said that there is no way to maintain law and order, and Shiroe revealed that he now owns the bank, which means he can just restrict the access to the bank for whoever breaks the "law" (effectively "kicking them out" of Akiba). And thus peace is maintained.

So what if someone starts to exploit new players again, like some guild once did to Minori and Touya?

Note that I haven't watched past episode 12 yet.

Critterfluffy's answer hits most of the in-universe notes. In S02E12, Shiroe announces to Kinjo & Uru that he's 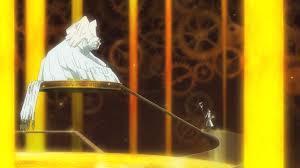 Now, I don't think that Critterfluffy really answered your question because (a) you didn't tick it and (b) CF didn't get far enough outside what Shinroe says in the episode, which you saw and said you couldn't really understand. 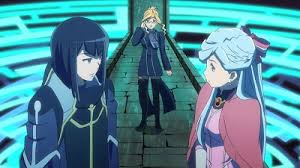 It's important to see this development in terms of the shutdown of Akihabara's magical defenses in S02E08. In-universe, it's a nonsensical overreäction given the ease with which Akatsuki's new sword is able to damage Enbart's, which is the only needful thing. At a meta level, however, what's occurring is the partial normalization of the world. Instead of Akihabara being a protected haven where the monsters cannot enter and homicide is near impossible, it's going to be a normal part of a normal world. Monsters won't enter because there will be defenses and patrols; homicide will be avoided (or answered) with policing. This parallels Akatsuki realizing she had to discover her teaching/overskill on her own (same episode) and calls back to S01E05, when they discovered food was only flavorful when you did the work yourself.

Similarly, your problem with Shiroe yielding control is that it's seemingly nonsensical. There's no valid reason for the good guys to not keep the gold cheat on, buy everything, keep it all, use the gold cheat to pay maintenance, and use the leverage of univeral ownership to bring the bad guys and selfish NPCs to heel. In other words, to pull off a still bigger version of Shiroe's trick from S01E09 and be capable of crippling or evading every major baddie. Pace CF, a war with Eastal would be over before it began as the opposing army found it couldn't access its armories, food stores, banks, &c. until it stood down and agreed to some sensible terms. Instead, you have it exactly backwards: S02E12 shows Shiroe 'repay[ing] everyone' by eliminating gamelike powers and destroying every unowned field zone in Yamato. Instead of using the game interface to purchase complete godlike authority over territory, every single piece of land will just be land for the rest of time. It will be open to anyone. It will be used and held according to legal rights established by the adventurers and the People of the Land themselves. It will be protected by their own defensive operations. 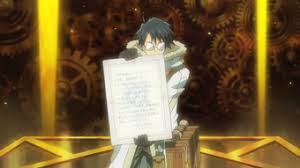 This is not at all the munchken or powergaming move here, which shows you that Log Horizon (once again) is advocating real role playing and DIY even when it involves making peace—as Shiroe does in this scene—with being 'weak'.

The move can also be seen as libertarian/democratic and intended to preclude Akiba from eventually degenerating into the inescapable tyranny Nureha established in Minami through her own ownership over the cathedral &c. (S01E25) Whether you buy that depends on how much faith you have in a small town of immortal people being able to work out equitable government amongst themselves. (Fwiw, in the real world with real people, LH's writer skipped out on his societal obligations and was busted for tax evasion.) Of course, in-universe, it doesn't hurt that Shiroe is basically trying to eliminate the game's mechanisms of control and replace them with a society built on mutual agreements and contracts... and he happens to be the only known mage to have developed world-alteringly-powerful contract magic.

The Round Table cannot afford to hold onto the buildings forever so they are going to lose control eventually. This means another guild could use those buildings against the players of Akihabara. By buying all the land and making it unpurchasable for the future this problem is solved forever even if it is only a middle of the road solution.

Additionally, Shiroe isn't just concerned about players. Before he bought everything and then gave it to the server, the NPCs couldn't buy zones but players could. This means the players could buy a farm under an NPC's nose and force them out of their home. This would definitely lead to war with Eastal. Now property ownership is an agreement between people and not a function of nature.

As for people going wrong and exploiting others, this is no different then the real world. Most of Akihabara has learned to live in this world and is not treating it like a game. Additionally, the Round Table can create licenses to allow open trade in Akihabara, and since most would follow that order then not being able to trade with other people is enforceable. They just have to create new systems to organize and punish rather than relying on server systems.