The Amaterasu, which is the highest form of fire release (aka Blaze Release) produces black flames at the focal point of the user, and can't be quenched or destroyed by normal means; even if the user dies, the flames can only be put out if the user wills it to or after it has completely burned its target to smitter.

I don’t think so. 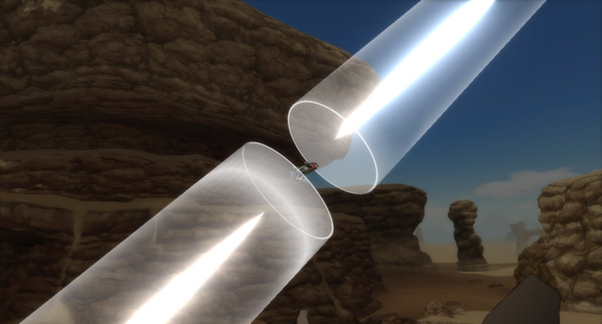 Here we see two particle styles/dust release colliding. This means that this jutsu just like other jutsu can be interfered with by strong enough jutsu. Examples being Rinnegan absorption and other Particle styles. Meaning that if a jutsu has sufficient energy it can deflect the Particle style, just like when Rasengan and Chidori clash over and over throughout the entire series.

So I propose that the Dust release and Amaterasu will also collide with each other. Amaterasu is an highly destructive and highly powerful technique I think it has sufficient power in it to interfere with the Particle Style and either A) overcome it like it does here. 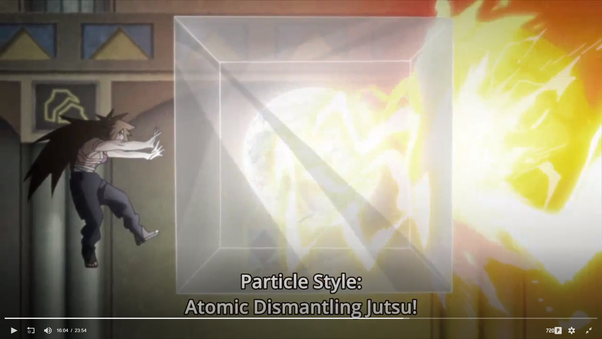 Or B) cause a big explosion like every other jutsu collision. Here’s some “new” evidence from Boruto Next Gen.

Sarada’s Fireball and Mitsuki’s lightning is enough to stop a Particle style so yeah, Amatersu should be able to stop it too.

Let us say amaterasu is cast on some object (tailed beast in case of Sasuke, inside of a toad for Itachi) they burn object for few seconds but the object in question is still intact, but if you use particle style on still burning object the moment it toches the object it disappears into dust (see latest boruto anime) hence amaterasu also disappears.

3
Why did headbutting Gaara make Shukaku disintegrate?
3
What is the range of Amaterasu?
2
Why did Itachi's amaterasu not burn the entire inn?
2
Could Amaterasu be used without a sharingan by sealing it like Jiraiya did?
5
How could Hiramekarei defeat Samehada?
4
Can Sasuke's Amaterasu go through windows?
2
what happens if Amaterasu is cast on another Amaterasu?
9
How did Moegi acquire the Wood release
0
Could Sasuke use the six paths of Pain?
1
Could the Sharingan have seen Nue's "possession chakra"?