Can Ken Kaneki from Tokyo Ghoul self cannibalize?

Would it be possible for Kaneki to eat himself to prevent starvation? Or to keep himself from dying?

In the manga, I cannot recall that Kaneki self-cannibalized to prevent starvation or save himself. However, in Volume 7 Chapter 59 of the first Tokyo Ghoul,

when Anteiku found out that Kaneki was being held by Aogiri, Yoshimura asked for the help of Shuu Tsukiyama. When Touka asked how he (Shuu) was still alive, Shuu remarked that he just followed Touka's 'advice' and that after he did, he discovered that he 'actually tastes pretty good.' This implies that Shuu self-cannibalized after his battle with Touka. This also presents the possibility that a ghoul can self-cannibalize to heal himself/herself from injuries. 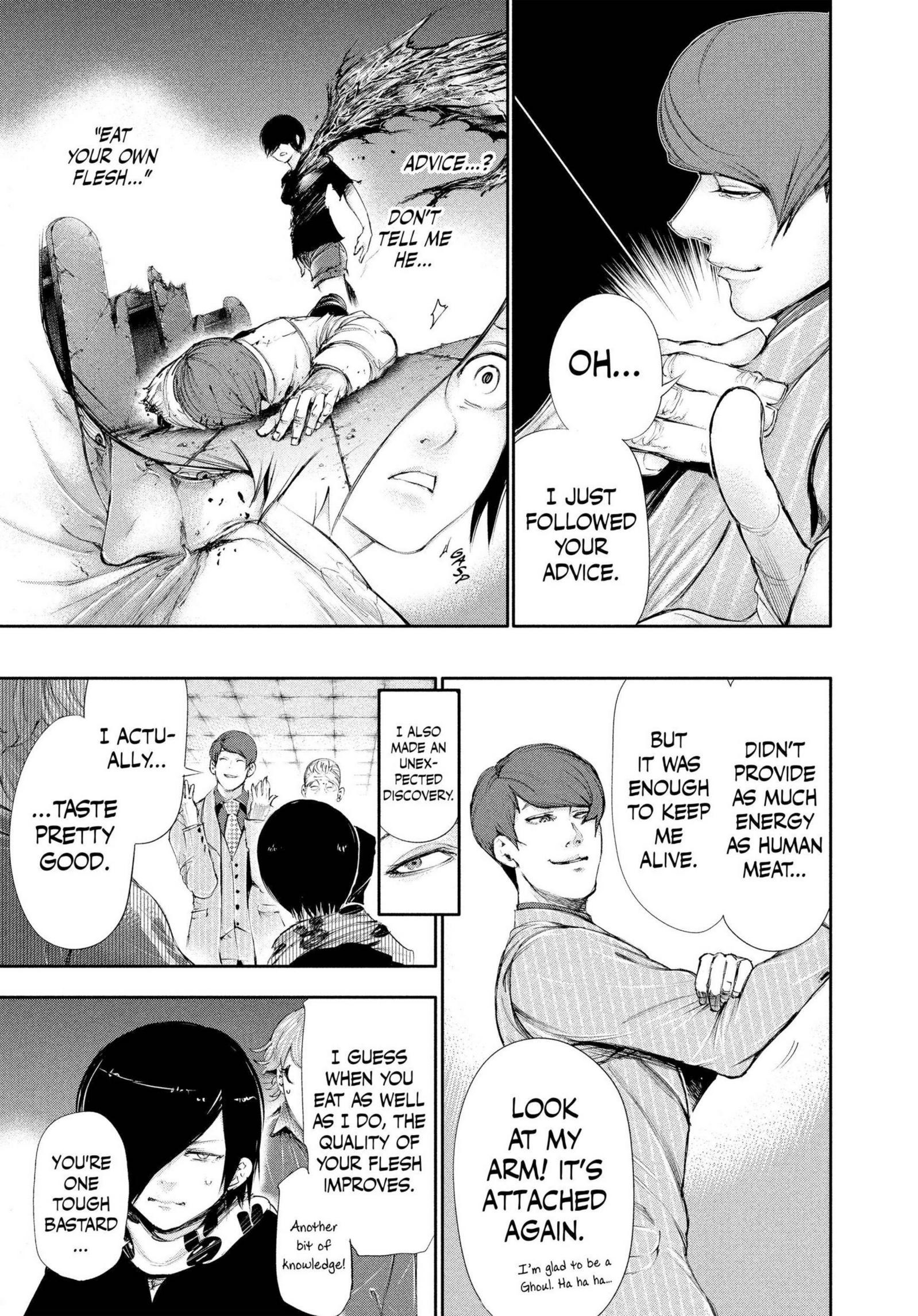 So, to answer your question, then yes, it is possible for Kaneki, and even for other ghouls, to self-cannibalize in order to save himself from starvation or death, as seen in Tsukiyama's case.

Kaneki is completely able to self cannibalize. Forget the tokyo ghoul universe. even in our universe self cannibalism is practiced. look here.

Also, self cannibalism can be a legit survival technique given the following assumptions hold true:

Given this is a lot more possible in the Tokyo ghoul given the fact that to Kaneki Kun, loss of limbs is temporary rather than being permanent like in our world. It should be possible for Kaneki Kun to delay the regeneration for that part though.

3
Why does Kaneki's perception of taste change?
0
What do the half ghouls in CCG eat?
3
Could an Ukaku ghoul beat a Rinkaku ghoul?
1
In Root A, did Hide feed himself to Kaneki so that he would heal?
1
At the end of Tokyo Ghoul: Root A, is Yoshimura still alive?
1
Does a Ghoul need to cannibalize to reach SSS level?
2
Why did Kaneki eat Hide's face instead of any other body part?