What is the deal with some Emperors

Note!! There will be Heavy spoilers.

Since the introduction of Haki (after the 2 year time skip), the colour of arms Haki has been the main way of hitting and damaging most defenses from devil fruits (Paramecia and logia type). But in Kaido's case, hitting him with Haki (even when he isn't using Haki) does no damage to him. 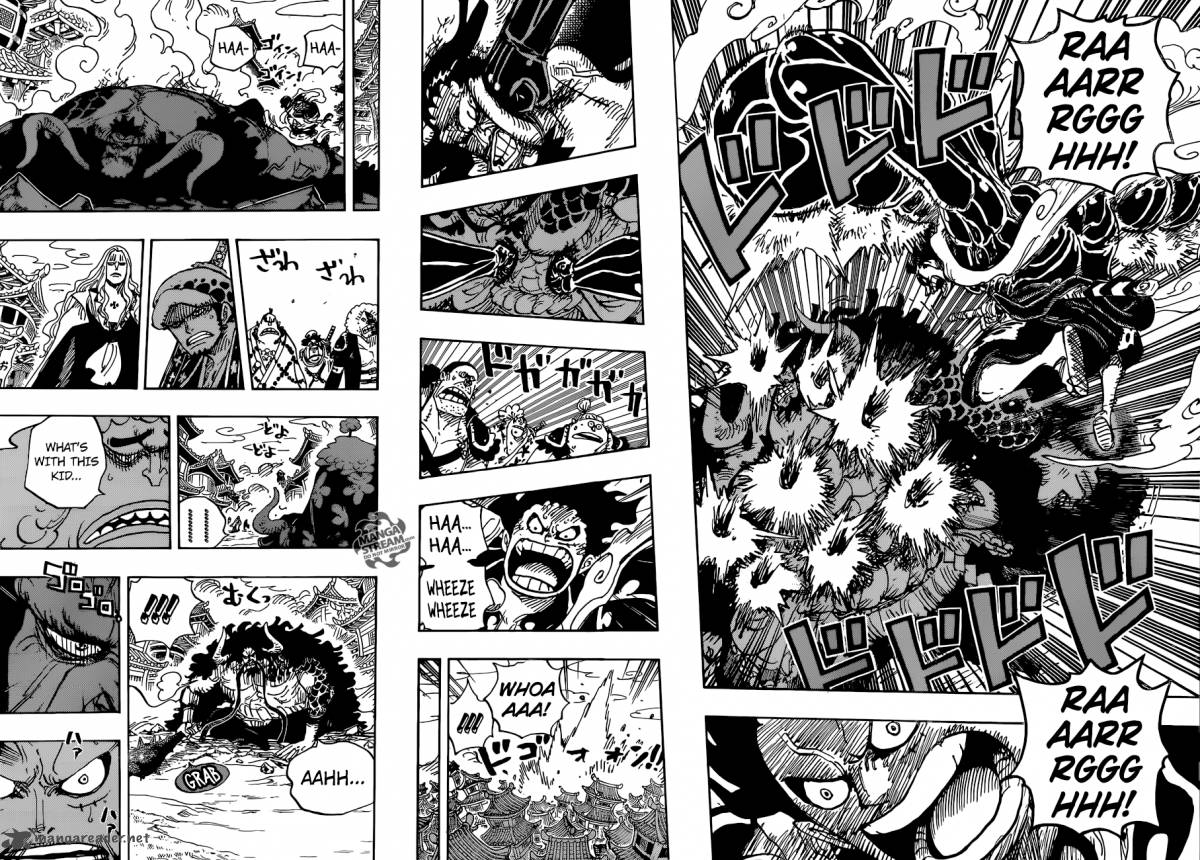 How is it possible that even the Color of Arms Aka Busoshoku Haki didn't seem to phase him at all. Is this related to the Tekkai technique used by the Cp-9? (We know the world government captured him at some point). Or is this ability an effect of Kaidos "serpentine dragon" devil fruit.

Also is it similar to Big Moms "invincibility"? Because I also remember Bege talking about how Big Mom had never been wounded till the time she cried from Mother Carmel's portrait.

In the One Piece world, people can have pretty different biologies, some having special traits that are rather overpowered. A good example of how this is "genetical" is the Funk brothers; Kelly was beaten by one punch from Boo, but when Boo used an axe infused with Armament Haki against Bobby it BROKE against his BACK!! Bobby is said to have never actually fought in his life, and I doubt that he would just happen to be skilled at Haki. Kelly specifically mentions that Bobby was born with such a strong body.

Big Mom is the same, ever since childhood she has been practically invulnerable. This might actually be a sort of subconsious Haki, but it's more likely that it's just the way her body is.

And before anyone tells me "bodies don't work that way, getting stabbed by a sword without haki protecting you will always hurt you", this is One Piece. If Luffy could send a 20+ meter long jaguar flying with a punch (Amazon Lily, before he learned any haki) then can you really claim that it's impossible? Why would super-strength be common, and super-durability impossible?

The chapter is too recent, so we don't have concrete answers. Initially, it was theorized that the Yonko would be so well versed with Armament Haki that they would always passively have their bodies protected by it. However, Oda has always clearly denoted the usage of Armament Haki through that deep black color, and this makes it apparent that neither of them are constantly using Haki. This is also taking into consideration the fact that there are levels of strength within the Armament Haki, and we know for certain that Big Mom is stronger than Luffy in that aspect during their clash.

Despite the similarities, the most likely reason is still that both of them have their own unique circumstances rather than a common reason. Kaido has long been hyped to be this strong, and there are tons of theories as to the source of his strength - ranging from experimentation, to his real body being a dragon. While there is less information to work with on Big Mom, we will never have a clear answer till Oda himself gives it.

For a more detailed analysis, you can check out this Joy Boy theory video that shows instances to indicate why it isn't the next tier of Armament Haki. He believes it could be the unrevealed power of the Conqueror's Haki, but keep in mind that it's theory and not canon.

12
What's the deal with Roronoa Zoro's eye after the timeskip?
5
Haki vs.Venom Venom Fruit
3
Are Logia types overpowered?
3
Why are the numbers of Logia and Zoan Devil Fruit users lower when compared to Paramecia users?
3
Do some Devil Fruits allow the user to swim in water?
4
What exactly is the deal with Black Blades?
0
Who were the previous "Emperors of the Sea"
3
What is Shanks relationship with the Gorosei
0
In One Piece, why is the pirate 'king' above the four 'emperors'?
1
How do some logia users fly?