After Momoshiki was defeated by Boruto, Momoshiki appeared to him in the anime (Episode 65, 18:37) and told Boruto; "You cannot see through your own destiny, But I can see your destiny very clearly"; as he said this, he started using his Byakugan.

The phrasing is very different in the manga. 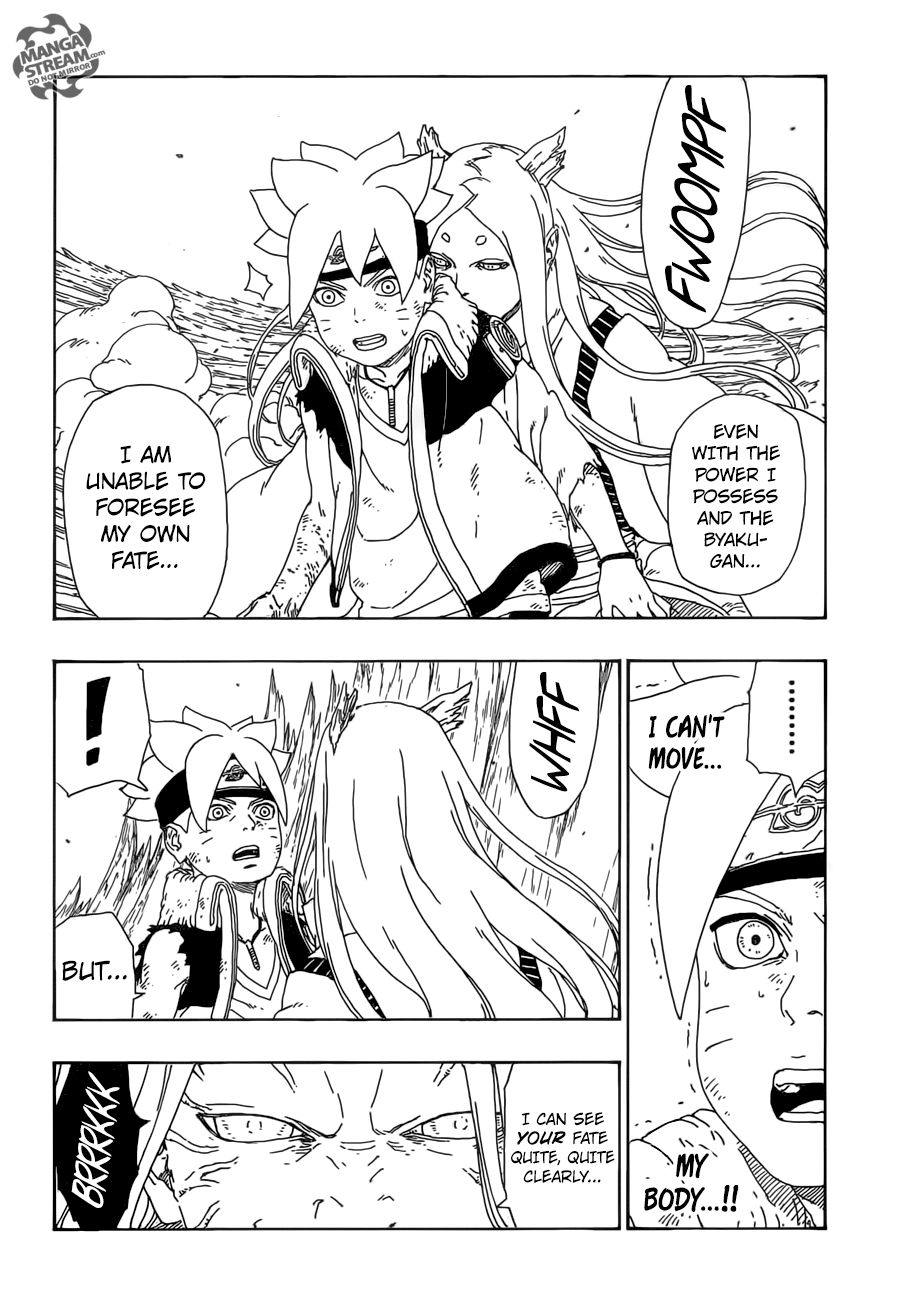 Is this power to see into the future a hidden ocular ability of all Byakugan users? (more like the way all Mangekyous have special traits across the different Uchihas) Or was Momoshiki just trying make his words seem legit by "claiming his Byakugan had such an ability".

Also, when he told Boruto that "those blue eyes will eventually take everything from you!" was it metaphorically? (like some sort of japanese saying/ figure of speech) or did he mean Borutos Jogan?

The Byakugan is referred to as the "All Seeing Eye", that can see through everything. The title of "All Seeing Eye" is something that can only exist in the realm of Gods, nothing below that. So, it is possible that the Otsutsuki Byakugan is more mystical, and possesses more powers than the Hyuga Byakugan that go beyond mere visual advantages.

The prowess of Byakugan is be determined by the "eye purity". So, a pureblood Otsutsuki has the "pure" Byakugan which is considerably more powerful than an “impure” Byakugan possessed by a Hyuga. So, Momoshiki being a pureblood was able to foresee Boruto’s future just by looking at him. There are several instances in Naruto/Boruto episodes and movies where this "eye purity" is mentioned explicitly and how it proves Otsutsuki's Byakugan to be more powerful. Refer to source 2.

An elaborate explanation with spoiler-laden analysis of Momoshiki's Byakugan which explains how he can foresee fate of others while he can't for himself is given in source 1. Have a good read.

7
Why was it so easy to defeat Toneri, Kinshiki and Momoshiki?
3
Can the Sharingan Copy Hidden Jutsu?
3
How did Konohamaru fool everyone in the Hidden Leaf Village?
2
Does Sasuke also remove Kurama's memories when they time travel?