Why did Warren need to invent communication lacrimas?

When members of fairy tail were traveling to defend magic council members they were communicating through lacrimas to the guild, and during the Phantom Lord arc Mira used a lacrima to contact Laxus, so why did they need to "invent" what were basically cell phones when they already had lacrimas to communicate over long distances.

A reason could be that the usual Lacrima crystal, which is shaped like a crystal ball, looks a bit bulky. 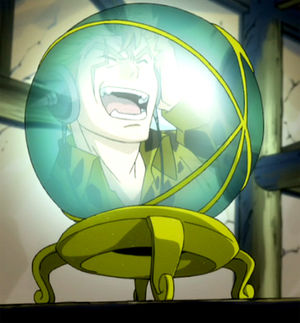 Why did they need to "invent" what were basically cell phones when they already had lacrimas to communicate over long distances? The Miniature Communication Lacrima invented by Warren which, as you pointed out, is shaped like cell phones are much smaller in size but has the same functionality. This makes it easier to carry around.

9
Why did Erza challenge that many monsters at the Pandemonium?
5
Why didn't the two mages who joined Fairy Tail retain their S-rank status?
4
Why did Macao ask Fairy Tail not to touch Twilight Ogre when they came to take the money?
2
Why did Lucy of future not know of the solution she wrote?
9
Why did Igneel not attack Acnologia on Tenrou Island?
1
Why did Mavis lend Fairy Glitter magic to Cana?
0
Why did Sting and Rogue kill their father dragons?
0
How come there are so many Dragon Slayers?
1
Why did the Magic Council make so many Faces?
0
Why did Makarov not use Fairy Law against Tartaros?