Why was Kisame surprised when he saw Obito (Tobi/fake Madara) without the mask the second time they've met in person?

So, Kisame first met Obito (Tobi) when he introduced himself as the guy who controlls the Mizukage. Then, he tells Kisame about his Eye of the Moon Plan (Tsuki no Me) and recruits him to Akatsuki. So that's like 4 people who knew the true identity of Tobi as 'Madara' (later Obito, but they didn't know that): Konan, Nagato, Itachi, Kisame.

In Chapter 507, the first time Kisame met Obito, he called himself Uchiha Madara and from what we can see, he was not wearing any mask and unlike the real Obito, he has long, spiky hair like Madara. From this, it might be said that Obito was disguised as Madara when he revealed himself to Kisame. However, remember that during this time, Obito was already calling himself 'Madara'. With long hair like those, with those eyes and the fact that few people has ever seen Madara's face, he could easily pass as one even with the scars on his face. 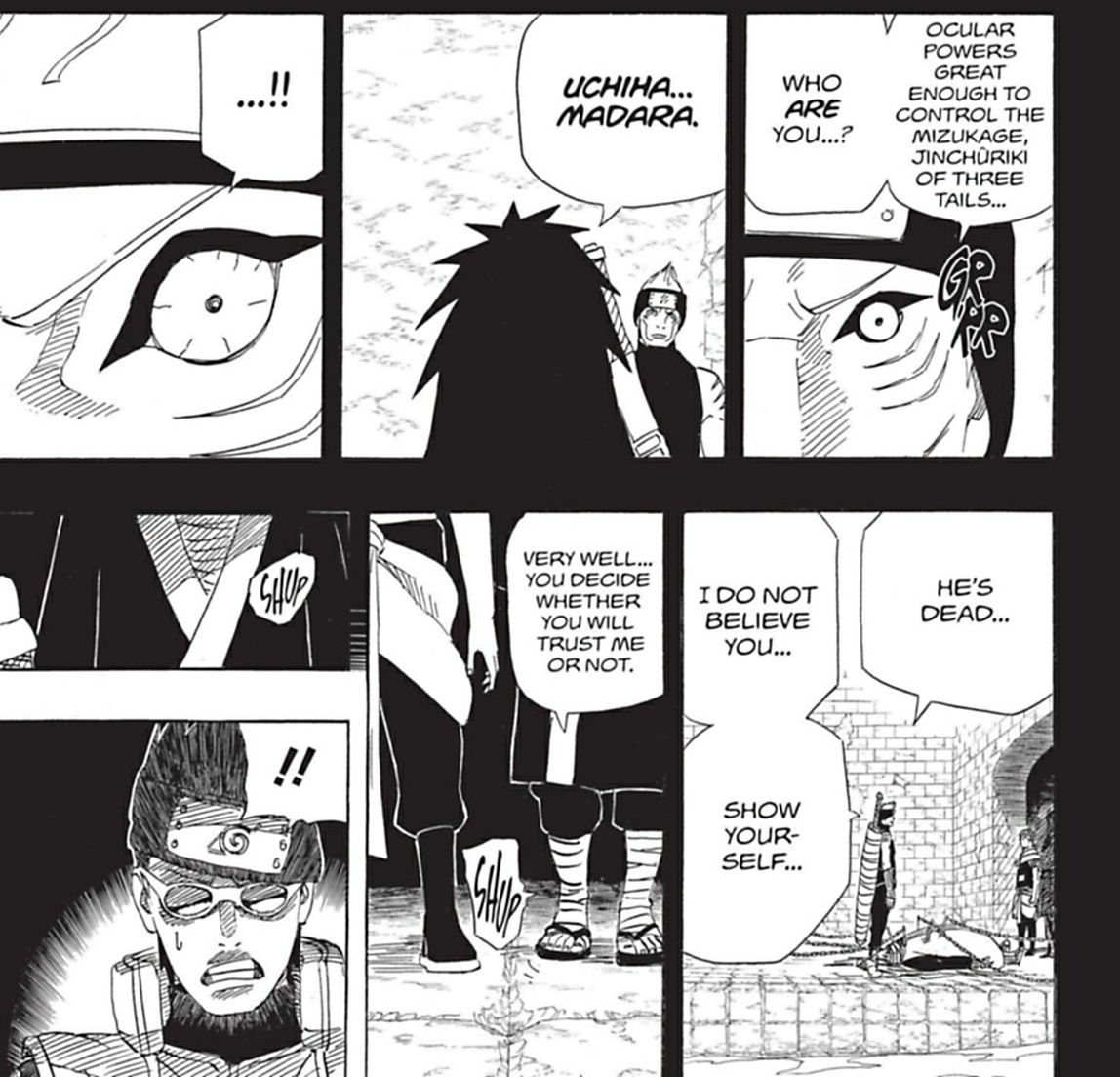 In Chapter 404, after Itachi's death and when Obito finally removed the mask to reveal himself to Kisame, Kisame was surprised. Why? Because the 'Madara' that Kisame knew was not wearing any mask nor did he call himself 'Tobi'. When Tobi 'joined' the Akatsuki, he did not announce himself as 'Madara' but as Tobi, who Kisame was fond of. After Tobi presumably died, Kisame remarked that he was sorry to hear his death, especially since he (Tobi) lightens up the mood of the organization. 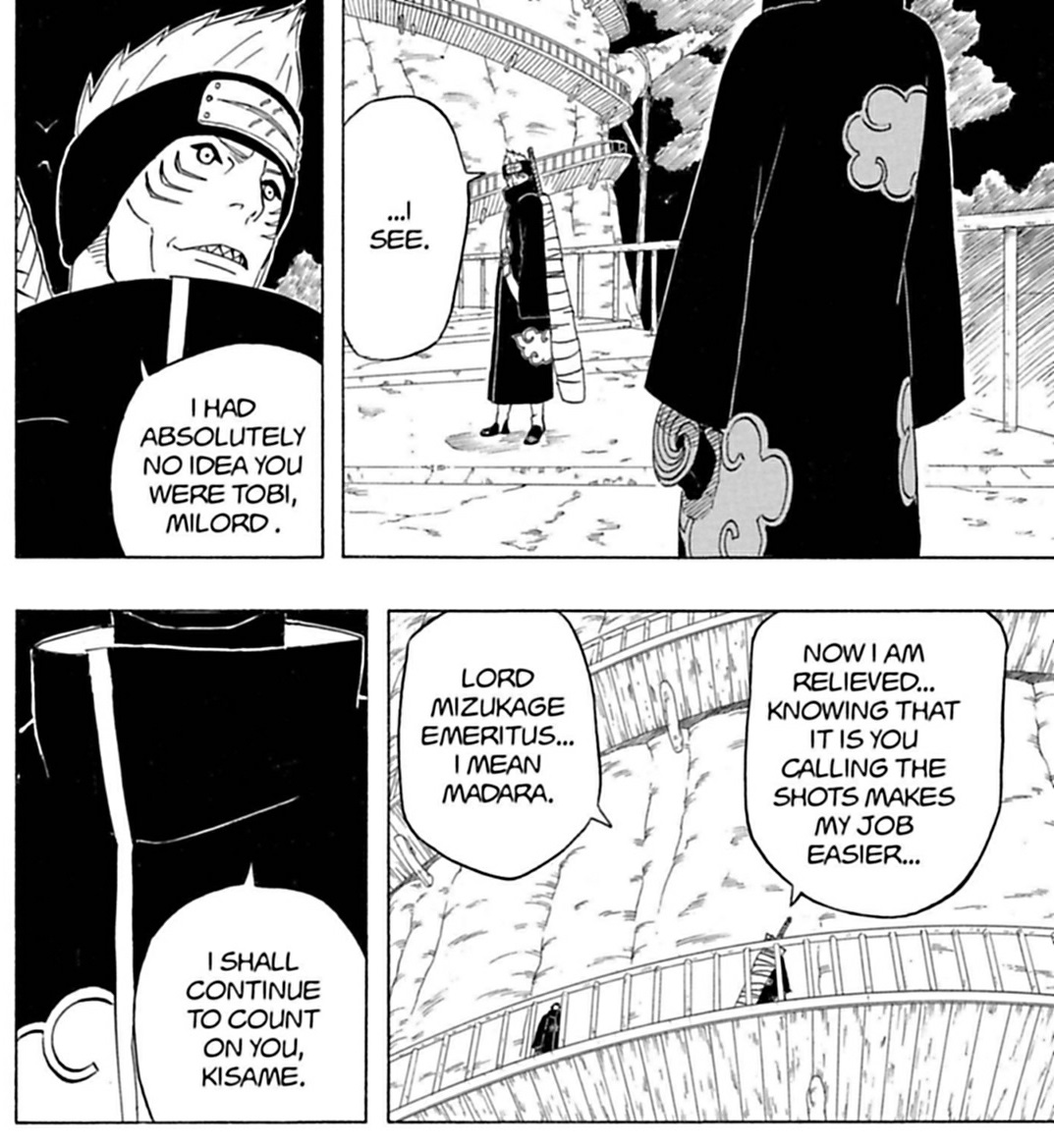 To conclude, we can say that the first time they met, Obito did reveal himself to Kisame (scars in the face and all) but under the name 'Madara'. The second time they met, it was as 'Tobi' and with a mask so Kisame did not know who was the man underneath the mask. When Tobi revealed himself, Kisame was surprised because he did not expect that it was 'Madara'. 'Madara' did not tell him that he would be disguised as Tobi while in the Akatsuki, hence the surprise. It could not have been that he was surprised of the scars because he immediately recognized him and he made no comment on them either so we can assume he's already seen his scarred face before.

I dont believe this is a plothole, because the first time Kisame met the "Madara", it was actually Obito disguised as Madara Uchiha, Although we never got to see the actual person that Kisame was talking to, based of the way the persons hair from the Shadow was, it looked exactly like Madara Uchihas hair, and we all know that Obito's hair looks very different and isn't spiky long. (I would guess that Obito probably used substitution Jutsu in order to resemble the real Madara.)

However, the second time, he saw Obitos real face and that probably caught him by surprise since he was not expecting those scars.

It might have something to do with the masks. Obito used two types of masks in the series, repeatedly switching between the two. When he first meets nagato, konan and yahiko, he wears his "Tobi" mask. Later when he infiltrates the village, and also when he helps itachi in annihilating the uchiha, he wears the "Madara" mask. When he meets kisame for the first time, he's either wearing the Madara mask (in which case he revealed his face later) or no mask. His hair at that time was also different from when he encountered kisame in the akatsuki. He also may have used zetsu's or pain's abilities somehow to remain mysterious. Even when he earlier met kisame, Obito didn't mention akatsuki or implied any connection to it. Thus, kisame had no idea that Tobi was Obito or as he knew him, Madara. And so he was surprised to see him.

1
Is Tobi the same as Obito, disguising as Madara?

13
Why does Tobi put up a goofball facade initially?
3
What motivation did Hidan, Kakuzu, Deidara, Sasori have for joining the Akatsuki?
2
Did Itachi know that Shisui had a Mangekyo Sharingan?
4
Given the fact that Itachi asked Obito to help him eliminate the Uchiha, why was he surprised when he knew about the secret mission?
10
Did Kakashi eventually surpass Itachi, Jiraiya, Tsunade, and Orochimaru?
8
How did Madara really obtain his Eternal Mangekyou Sharingan?
1
How was Madara so sure that he would be able to get his Rinnegan back?
5
Was Itachi Jiraiya's source in Akatsuki?
1
Is Tobi the same as Obito, disguising as Madara?