Arima Kishou made a very "interesting prediction" that if Humans accepted Ghouls then at some point, all Humans would become Ghouls. And later on in Tokyo Ghoul RE season 2, episode 10, we see a bit of his prediction actually happening.

However, I don't undestand how Humans can be "infected" into being Ghouls, the Kakhous are the organs that produce the Rc cells so even if a human is exposed to RC cells that shouldn't expressly make them a Ghoul because they would still lack the organ that physically manifests the Rc Cells?

Also why is Kaneki's Dragon Ghoul form still active? The real Kaneki, who was the source of the Dragons RC cells was taken away so how can the Dragon keep producing Humanoid monsters (the dragon orphans) that explode to release "Rc cells"? Cause the Dragon is Kaneki's Kagune from mutation and Cannibalism right? I'm kinda like super confused.

Also, did Arima actually foresee Kaneki turning into the Dragon? If not then How could he make such a spot on prediction.

I dont read the manga and I also don't mind spoilers.

Regarding the infection, it could be a different and new type of disease for people exposed to a large amount of RC cells other than RC cell over-secretion, mainly due to the fact that the infected can still move about. However, it does not seem that the humans became Ghouls, since the infected lack some Ghoul traits, so I think they should be considered as a different type altogether. How that is possible is currently unknown.

Regarding Kaneki's Dragon still being active, in Chapter 161,

Furuta watched as Rize emerged from an egg and called her 'Dragon'. 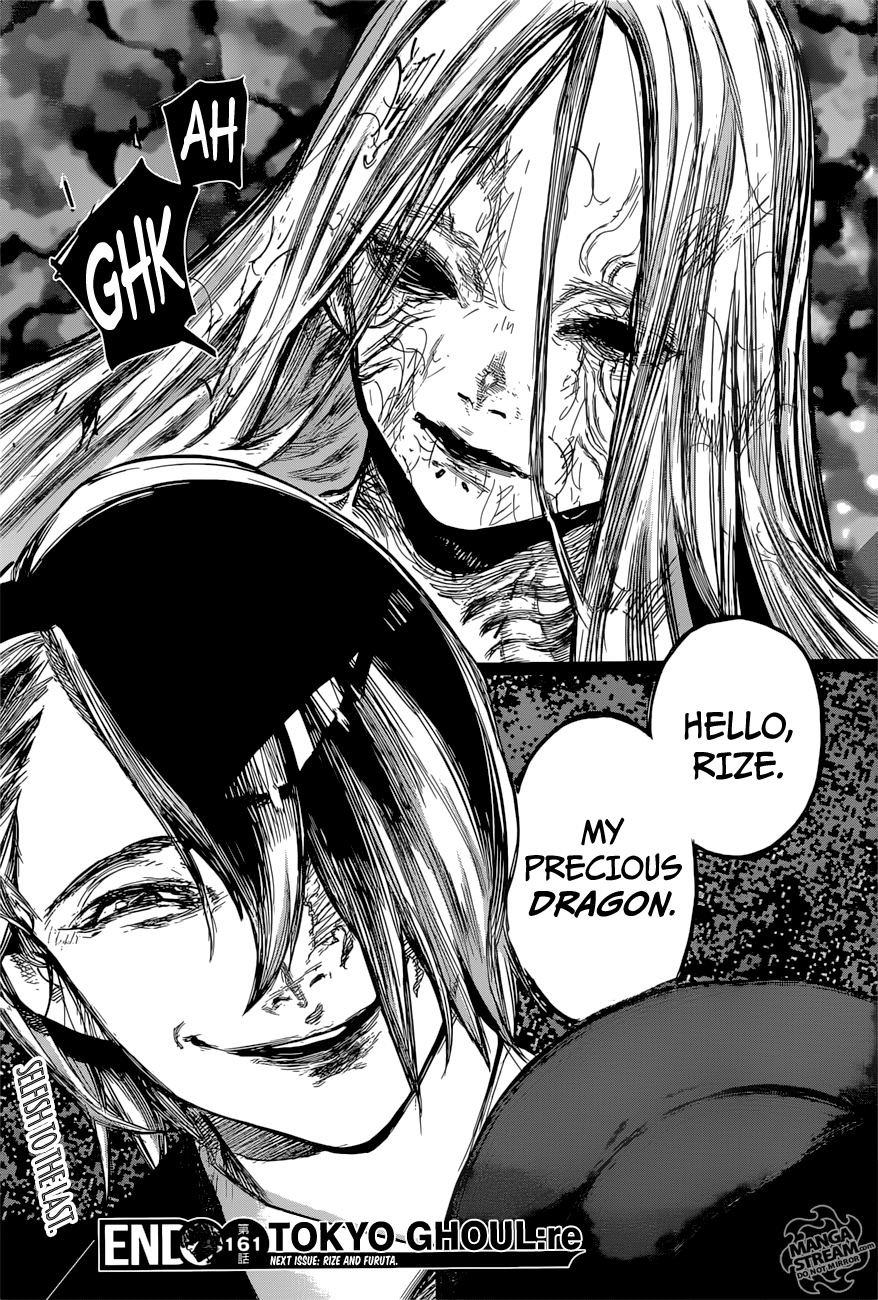 From this, we can say that Rize merged with the Dragon in place of Kaneki since she was one of the final opponents in the manga, which Kaneki also fought.

Regarding Arima, I do not think that was a prediction, because while he seems to be a 'pro-ghoul', I think what he also wants is something like ghouls living and having a place with human society. And again, those humans who were infected cannot really be classified as ghouls, more like a new type altogether so his 'prediction' is still not on point. (I also cannot recall this prediction but I'll try to reread)

11
Why did Tokyo Ghoul √A completely deviate from the manga?
4
Does "Root A" follow the fact about Takatsuki and the One-Eyed Owl?
2
Could a koukaku ghoul be fast?
3
Could an Ukaku ghoul beat a Rinkaku ghoul?
4
Tokyo Ghoul re: Season 2 - What did Orca notice about Arima in his fight with him?
0
Why did Kichimura know Kaneki was going to mutate into Dragon, and why did he say he provoked it?