What does Kyon mean by a classified information that can't be said on TV in episode 13 (the 2nd day of Endless Eight)?

What does it mean? What can't be said on TV? Was this an in-joke based on a difference between the anime and the written material?

Rather than an in-joke, I saw this more as Kyon making a connection to the common phenomenon of television networks censor bleeping out inappropriate words, most commonly with that 1000 Hz tone sound.

Television programs can also use euphemisms to censor content—for example, in the Breaking Bad episode of Mythbusters, they used "special sauce" to refer to a key chemical ingredient that they didn't want audience members knowing. I guess Kyon observed that the way Asahina uses "classified information" is similar to how TV networks censor certain things.

The anime and the written material don't seem particularly different in their presentation of this scene. For comparison:

Novel ("Endless Eight" chapter of The Rampage of Haruhi Suzumiya):

I should mention that Asahina at least tried to explain. To the accompaniment of intermittent sobs.

I have no idea what you should do, but does that <classified information> work like some kind of censor? 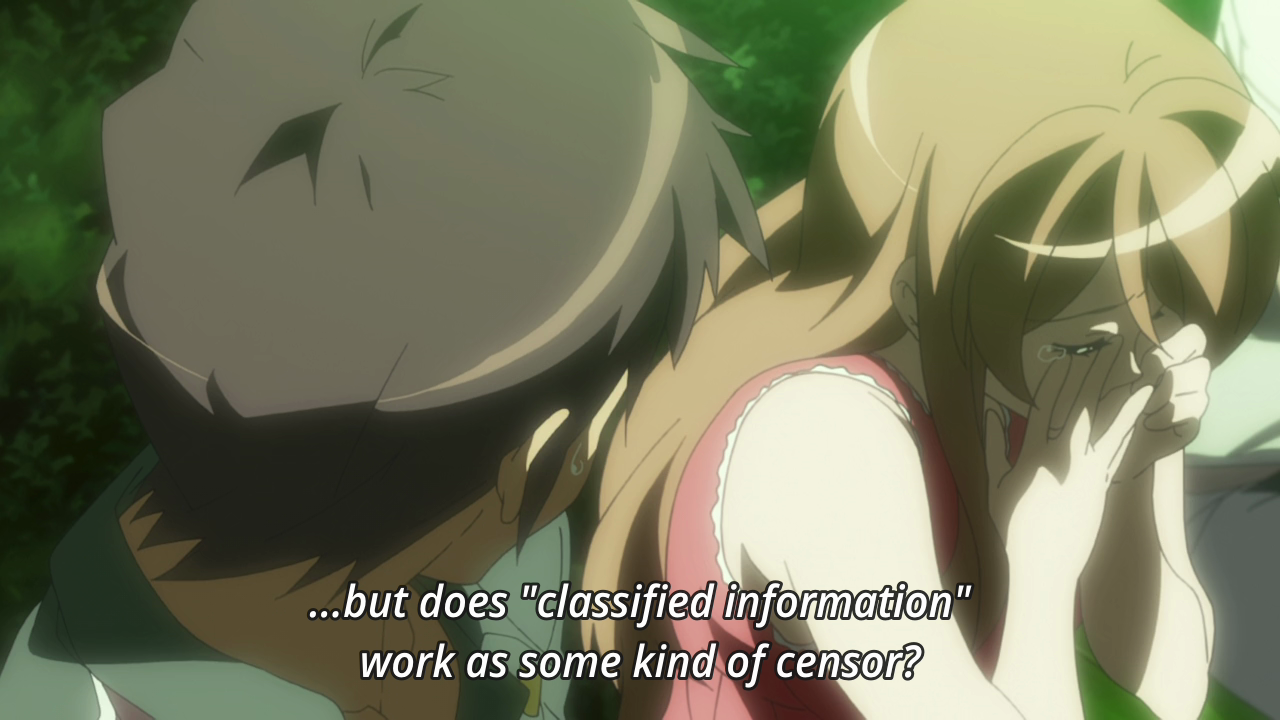 You've gotta watch what you say on television, eh... This question reminded me of Kaguya-sama episode 4. 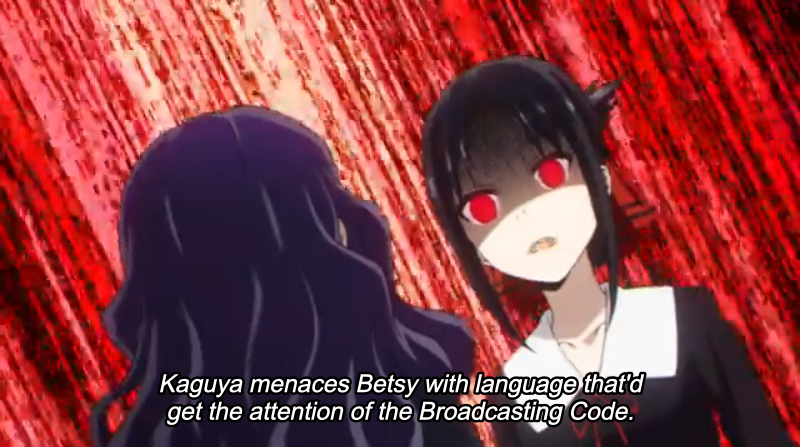 Not the answer you're looking for? Browse other questions tagged haruhi-suzumiya or ask your own question.

17
What was the deal with Haruhi's Endless Eight?
6
What meaning does the nickname "Kyon" has?