Is Derris-Kharlan's tree in Tales of Symphonia it's original one, or it's new one?

in Tales of Phantasia, Dhaos came from Derris-Kharlan seeking a Mana Seed from Aselia's Great Tree due to a Mana Canon having been developed and used in Derris-Kharlan depleting it's mana and causing it's tree to die. At the end i recall that Cress and his party found out about Dhaos true motive and decided that when it was ready, they would give Derris-Kharlan a Seed from their tree.

in Tales of Symphonia Cruxis is based on Derris-Kharlan which was believed to have enough mana on it to revive Sylvarant/Tethe'alla's Great Tree (i don't know the name of their combined world) and in a couple of Skits in Tales of Symphonia: Dawn of the New World Tenebrae points out that the Great Kharlan Tree (Sylvarant/Tethe'alla's original one) is a cut from Derris-Kharlan's and that Mana wasn't naturally apart of the world and thus why Ratatosk was need to regulate it's balance

I am wondering if the Tree mentioned on Derris-Kharlan is it's original tree, or the second one that would come from after the events of Tales of Phantasia?

Aselia (アセリア Aseria?) is the name of the world in which Tales of Phantasia takes place. ... as well as the combined world of Sylvarant and Tethe'alla from prequels Tales of Symphonia and Tales of Symphonia: Dawn of the New World. 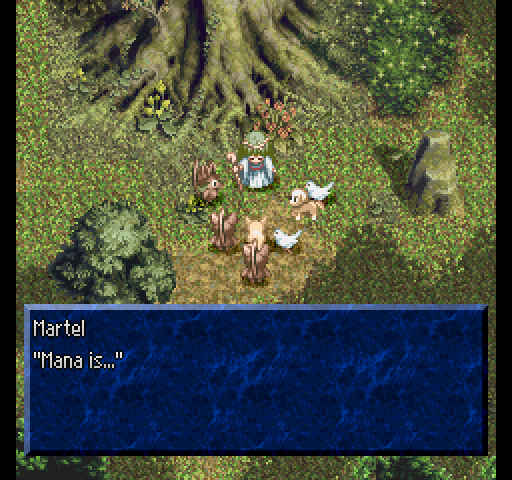 Not the answer you're looking for? Browse other questions tagged tales-of-phantasia tales-of-symphonia or ask your own question.