Does Drachma play any role in FMA beyond being what Briggs defended against?

In the parts of FMA when they are at Fort Briggs, they say that Fort Briggs defends against the country of Drachma. As far as I remember, though, that is the only time that Drachma is mentioned. Is it relevant to any other parts of the series, or is it only important as a reason for Fort Briggs to exist?

In-universe, Fort Briggs exists because of Drachma; they are the only line of defense keeping the Drachmans from breaking the non-aggression pact.

Out-of-universe, it's the exact opposite: Drachma was added so that Fort Briggs had a reason to exist and to house one the toughest army around. Considering the allusion to Russia (Drachma shares many similarities), it is likely that it was to be seen as a powerful force. In order to have a powerful Amestrian army which was still isolated from Central, they had to be given their power from an outside, independent source: Drachma. 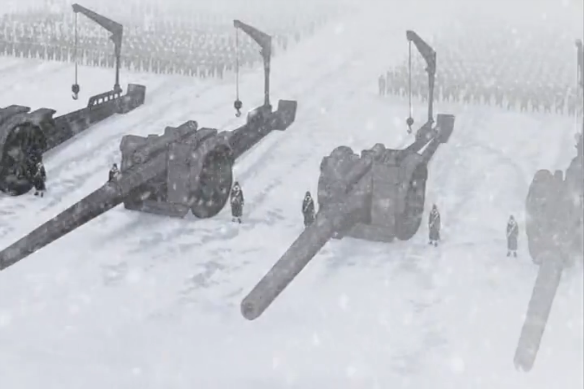 Drachma does play a further role, though. Starting at the end of episode 42 (Brotherhood), they launch an attack against Fort Briggs.

Kimblee, doing what he does best, leads the Drachman army into a trap, claiming that Fort Briggs is weakened by the absence of General Armstrong and that he has men inside who will bring down the army from within.

The latter is a lie and the former is not a weakness, and Kimblee knows this; Kimblee, assisting Father indirectly, is creating a blood seal as one of the main components of the Nationwide Transmutation Circle. In this way, Drachma is necessary; the soldiers that die here are crucial for creating the blood seal, just as they were in the other major wartime conflicts that Falman explains to Ed.

Aside from justifying the Briggs fortress and army, and creating this wartime conflict, Drachma has no direct role in the events of Fullmetal Alchemist.

well drachma is said to be the largest country in FMAB (Bigger than xing if you extended the map.) The only way they would have expanded so far is if they had a strong military. The Non aggression pact wouldn't exist if father felt they were no match for Amestris. BUT, it since father is the true leader of Amestris he must have felt Drachma would have been a threat to the Amestrian military. so it can be believed they are one of if not the strongest nation in the FMAB Universe. However no the only major part they play in the Anime or manga was to forge the blood crest in the north.

23
Why doesn't Greed harden fully?
6
Is there any alchemy-based transportation in FMA?
4
Is it necessary for Amestrians to die for the transmutation circle?
2
How did Dante know that the Elric brothers were going to bring back their mother Trisha?
8
What is the name of Scar's brother?
7
In the 2003 anime FMA, what are the ingredients for making Homunculi?
6
Why is gold important to Amestris' economy?
8
Why did the Elric brothers burn down their house?
4
What was Izumi doing in the Central City railway station?
3
What does it take to be an alchemist, besides knowledge and technique?