In the various English versions of Hunter x Hunter, Kurapika shows his initial disrespect for Leorio in various ways:

I'm pretty sure the disrespect is due to the way Leorio had been being rude to the Captain and Gon. Anyway, I'm most curious about #4. What exact name is Kurapika using? It is hard to tell with no text. Does the actual word mean anything in either English or Japanese?

What exact name is Kurapika using? For me I hear Rioleo, which coincides with the official English translation of the manga. 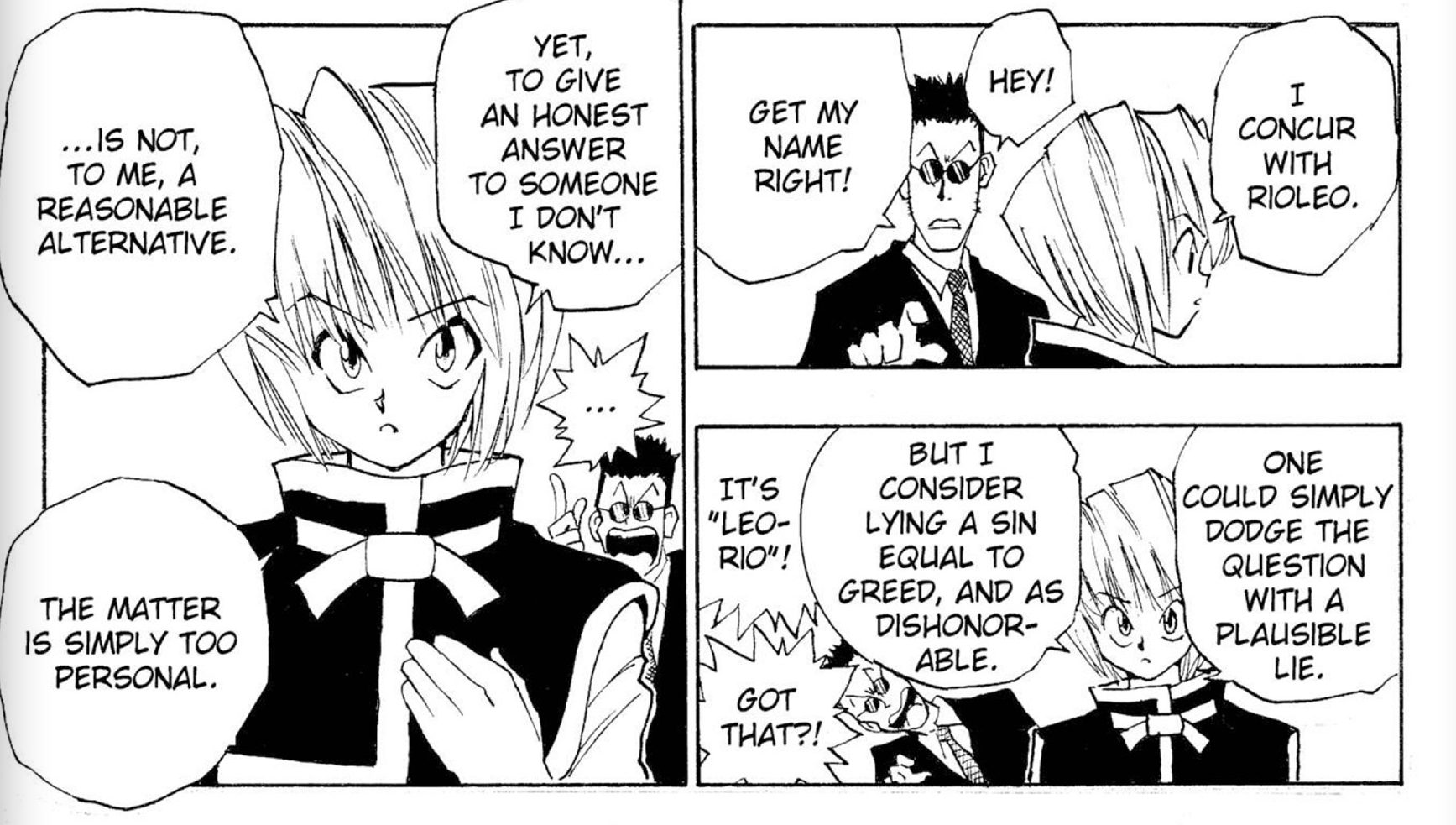 Does the actual word mean anything in either English or Japanese? I have not seen the original raws for the particular chapter or scene but the English does not mean anything since it just looks like two parts of his name switched in order (Leo-rio switched to Rio-leo) which was probably his way of showing disrespect by getting the name wrong.

1
Why did Yoshihiro Togashi recycle designs from Yu Yu Hakusho for his characters in Hunter x Hunter?
10
What are the rules for Chrollo to steal an ability?
1
Does Gon Have Feelings For Retz?
0
Why didn't the hunter associate search for Meruem's body after his death?
6
Why didn't Netero call the more powerful adventurers for help in Chimera Ant arc?
3
What is the end of credits song for Hunter x Hunter season 1 episode 51?
6
How were the English translations of character names for Hunter x Hunter conceived?