What did Pegasus do with his left eye after the Millennium Eye was removed?

Maximilian Pegasus (Pegasus J. Crawford in Japanese) had the Millennium Eye in his left eye at the start of the original Yu-Gi-Oh! series. 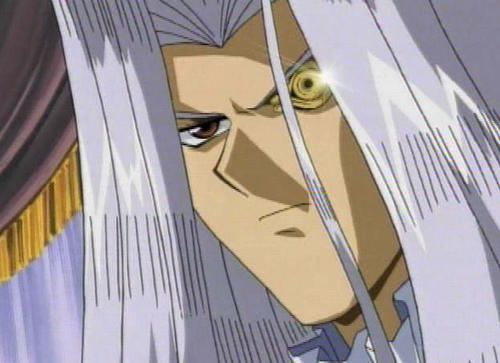 It was later removed by Bakura, and in later appearances like in Yu-Gi-Oh! GX, his left eye is always covered by his hair. 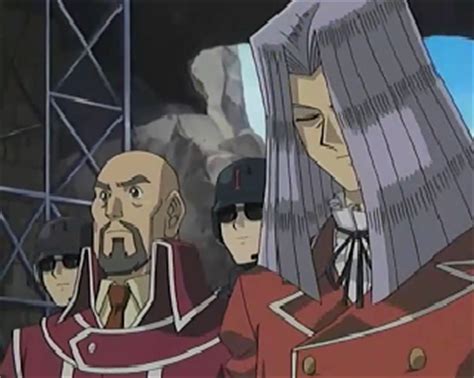 What did he do with his left eye? Did he use a glass eye? An eye patch? Leave the eye socket empty?

I'd prefer an answer from the anime, but am open to a manga answer as well.

There are many things in the manga, that the anime either doesn't show or changes. Those who have read the manga know that Pegasus died after his millennium eye was removed by Bakura. However in the anime, Pegasus survives and he continues to live, going as far as making an appearance in the GX arc.

The Pyramid of Light novel, written by Junki Takegami, gives us a better insight on how Pegasus feels about the loss of his millennium eye. This happens when Kaiba shows up to ask Pegasus about cards that are capable of defeating the god cards. However Pegasus refuses to give Kaiba such a card and tries to lecture and warn Kaiba.

Pegasus- “A befitting heart is needed to handle power. Power without heart gives birth to tragedy.” Pegasus stroked his fair hair up without the slightest hesitation and showed the hidden half of his face to Kaiba.

“Guh...” Kaiba took a gasp. The gaping opening in his eye socket was an unsightly reminder of where one of the Millennium Items, the Millennium Eye, had once fit into.

“I first went in hunt for the Millennium Items with desires of meeting my lost lover. It was an act of folly brought on by my innocence which was shameful even to me. Before long, controlled by the Millennium Eye, I sought dark powers. It was no doubt on part of my feeble spirit. Therefore, to serve as a lesson to myself, I won’t put in an artificial eye or hide this unsightly scar.” Pegasus smiled self-mockingly. “This is what those who abuse power eventually look like in the end. Kaiba-boy, you want only power...and that is extremely dangerous.”

I also want to point out that the novel gives us a more detailed backstory of Anubis. It fits very well with the cannon story because in the novel, Anubis never met Atem or fought him. Aknadin wanted to ensure that his son Seto, becomes a king no matter what. Which is why he resorted to using another spell from the book that helped him create the millennium items,and created the Pyramid of light to counter the power of the millennium puzzle. During the ritual, he sacrificed one of his servants by turning him into a mummy. Aknadin replaced the brain, hearth and eyes of his servant with the ones of a jackal. That servant was Anubis, who was sacrificed against his will. Which is why Anubis wanted to kill both the Pharaoh and the reincarnation of the priest Seto. To exact revenge on Aknadin for turning him into a mummy, and become the king of destruction by defeating Atem. The story of the novel makes much more sense than the movie. In the movie, Anubis claims that he fought Atem back when he became a Pharaoh. This statement contradicts the cannon story because the day Atem became a pharaoh, was also the day he had to fight thief Bakura and in the following days, confront Zork. Atem died by sealing Zork away in the millenium ring while he sealed his soul in the millenium puzzle. There was simply no time for Atem and Anubis to confront each other back then. In any event. I hope you find what I shared useful and fun.

8
Did Yu-Gi-Oh GX end after Yubel was defeated?
7
Did Yugi duel against a prerecorded Pegasus or the real one?