Why are there sometimes darkened scenes in new anime?

In the first Shingeki no Kyojin opening, I've seen some scenes with lower contrast or brightness, something like this: 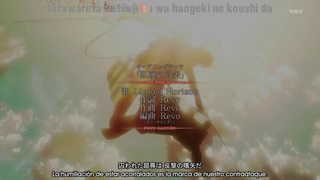 And later, in the same sequence, a scene appears without that contrast change: 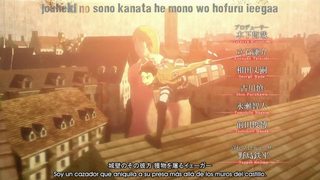 I've seen this kind of contrast change in the HxH remake as well, and the first thing that comes to my mind is that legendary Pokemon episode where a lot of kids suffered of photosensitive epilepsy attacks in Japan thanks to Pikachu and Co.

Does it has some relationship with that or there is another reason? Maybe a new law in Japan related to these flashy images on TV?

It seems this change appears only in new anime (I don't remember seeing something like this before last year). Any clue around that time?

It's not just in the opening; here are more examples:

One of many scenes where the image is normal: 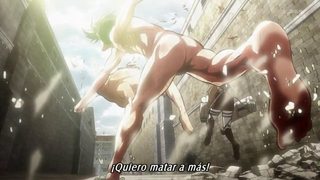 Then comes the darker scenes. Maybe it cannot be appreciated in the snapshots, but all are a full sequence of images appearing quickly with a bright background: 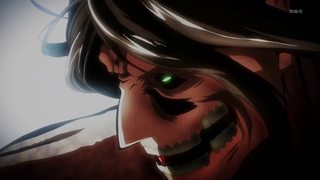 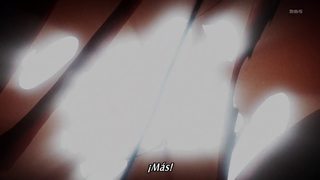 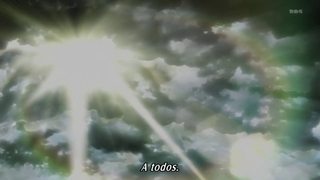 And then it returns to normal: 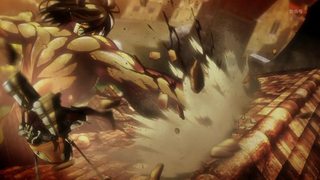 This is from the last HxH episode. At first, the image looks fine: 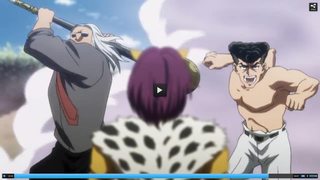 Then comes an attack and the image looks darker. Maybe the effect is not so intense as in Shingeki no Kyojin, but it is still there. Look, all these bright flashes coming from the hits seem not as bright as they should be: 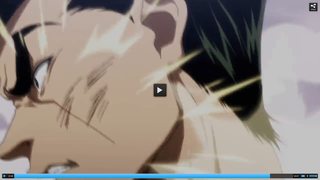 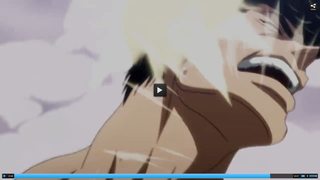 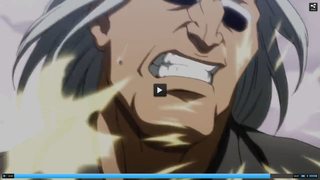 And then the image looks normal again - compare the smoke color before and after: 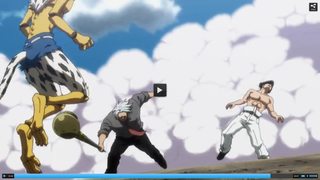 As @JonLin notes, maybe it could be some kind of TV censorship, despite that there's nothing to censor besides all these flashy lights. Is it just me being paranoid or is there something more behind all this?

I've found a Blu-ray rip of the Shingeki no Kyojin opening (no subtitles, no credits) and I took some shots of the same frames that I already put. To the left, the TV version and to the right, the BDRip version (click for more detail): 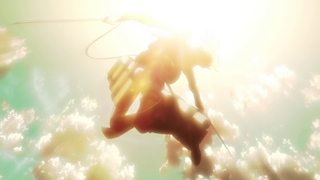 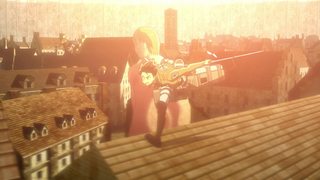 So it is not an effect to make things more dramatic, but rather an effect included only on TV. I suppose the same applies to the other shots (at least in SnK).

So my question comes again, why, lately, are there some anime with darkened scenes? My conspiracy theory is that it is related to those bright changes and possible photosensitive attacks. If that's true, why is this being applied lately? And why doesn't it appear on DVD/BD?
If not, what else it could be?

Upon thinking about this again, I decided to do some research into this phenomenon. You correctly identify that there is some unusual darkening of scenes in TV broadcast anime that is not present in Blu-Ray releases. It looks like you are also correct that this has something to do with laws1 requiring broadcasters to avoid airing content that may cause seizures in people who suffer from photosensitive epilepsy (though I don't think you could reasonably construe this as "censorship").

As you probably know, the issue of photosensitive epilepsy became prominent following the airing of the Pokemon episode Electric Soldier Porygon back in 1997. For more about this, see this article on Bulbagarden: Japanese Episode 038.

That was then; nowadays, all major broadcasting companies impose restrictions on broadcast television as a sort of countermeasure to epilepsy.2 For example, a page on TV Tokyo's website says the following:

Guidelines for the production of anime/etc. with regard to the effects of video

As part of TV Tokyo's efforts to do everything possible to avoid exposing viewers to dangerous stimuli, we have developed the following guidelines. By producing and broadcasting anime in accordance with these guidelines, risk associated with viewing television can be almost entirely eliminated.

It seems to be the case that, rather than producing anime that meets these guidelines, anime is produced however the production studio wants it, and then post-processed for TV broadcast by darkening bright scenes and (temporally) smearing out flashing.

As to why you don't see the same alterations on Blu-ray: Blu-ray is not a broadcast medium, and so the laws pertaining to the nature of broadcast television do not apply. If you think about it, that makes sense - it isn't really possible to inadvertently view a Blu-Ray, whereas it certainly is possible to inadvertently watch broadcast television, and so the government steps in to protect viewers in the latter case but not the former.

1 I am not actually sure whether the practices I have described here are backed by force of law, or whether they are just voluntarily undertaken by broadcasting corporations.

2 These restrictions are most commonly relevant for animated television, since live-action television typically won't contain the sort of flashing patterns that trigger seizures (since the real world itself typically doesn't either).

IMO, this is simply the artist accounting for or playing with the lighting. In the first image, the character is silhouetted against the sun. This is pretty much how it would look in real life if somebody were to come directly between you and the sun.

The second image is a sunrise/sunset twilight shot.

The rest are a mixture of cloudy, smoky, and sunny backgrounds. The flashy lights are the sun peeping through clouds, reflecting off stuff, and so on. Where there's sun, there's shadow too.

I don't see any censorship or anything else similarly irregular.

1
Why is the brightness often lowered in scenes showing lightning?
9
Who applies censorship on an ecchi anime?

18
Anime for colorblind people?
61
When and why did the trend of 1:30-long openings and endings begin?
9
Why are Chinese names in anime sometimes rendered in English using the Japanese pronunciations?
8
Was Vegeta's design altered mid series?
9
Is there such a thing as an 'Indie'/Alternative anime scene?
2
Term for animation style change that accentuates emotions/feelings
7
Was this really the original American/English-language opening/intro to Sailor Moon? If so, why was it so heavily changed?