Does the pin in Steins;Gate pose any information paradox?

In Steins;Gate, Suzuha brings the lab member a pin to the past. 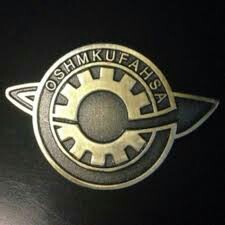 Okabe remembers the pin and makes one in future, does this pose information paradox?

If Steins;Gate was set on a single timeline then you could describe this exchange as an information paradox. However, the series is known to use a multiple timelines model, which can allow for this case:

Of course, the information paradox could still apply in the multiple timelines model (if timelines Z and A were one and the same), even though it is more likely to have taken place over multiple timelines without looping back, with a clear start and end.

7
At what point in the timeline does the Steins;Gate movie take place?
14
What is happening at the start of episode 12 of Steins;Gate?
4
Why does Suzuha disappear when travelling back to the “present”?
2
Questions about the time-travel scene in the Steins;Gate movie
2
Near the end of the Steins;Gate opening theme, why are only Okabe, Suzuha, and Luka looking to the right?
10
Inconsistent D-mail Dates in Steins;Gate Season 1 and Steins;Gate 0
2
Why did Amane Suzuha have to plead to Okabe for saving Makise Kurisu instead of her doing it by herself?
1
In Steins;Gate, what happens to the memories of Amadeus for the current Okabe?