What anime is this blonde girl wearing a purple dress from? [closed]

I have no idea who this is but the pic is awesome. Could anyone tell me who this is and where she is from? 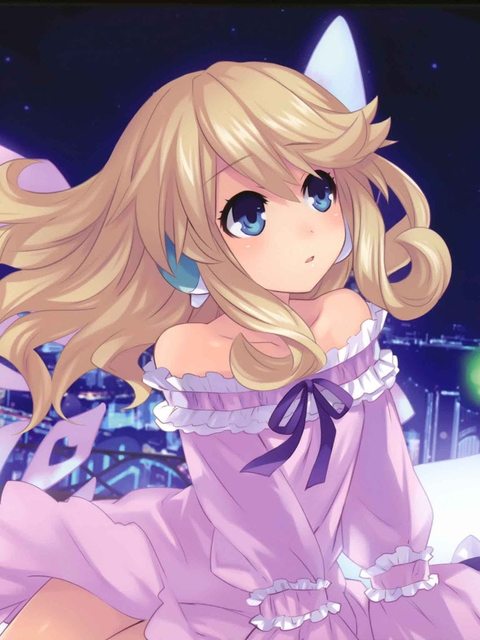 That's Histoire from Hyper Dimension Neptunia (the game). This particular picture is from Mk 2 when she's reminiscing about the past with the Mascots after all the CPUs have been freed.

In the original game, she's the Tome that allows the world to be changed, but Arfoire (pronounced as "R-4") locked her away. In Mk 2, she is the Oracle of Planeptune and the one who sends IF and Compa to rescue the CPUs and Nepgear with the shareacite; however, there's only enough power to free Napgear.

She's also in V; however, I have yet to play that. In it, she's a child as most of V is set in an alternate past.

1
Who is Macaroon?
19
What are the real-life origins of CPU and CPU Candidates?
8
How different is the story of the Hyperdimensional Neptunia remake?
8
Are these paper figures actually Origami?
2
In what order do the Hyperdimension Neptunia games go (including the animation)?
2
Why does Neptune give Broccoli the nickname Puchiko?
1
What is this Doc Tear Popper MAGES is looking for?