What show is this? [closed]

I was reading an interesting article about differences between TV and DVD releases of anime. This one caught my attention.

What anime is this? I tried Google's "Search By Image" feature, but couldn't get an answer (at least not one in English). 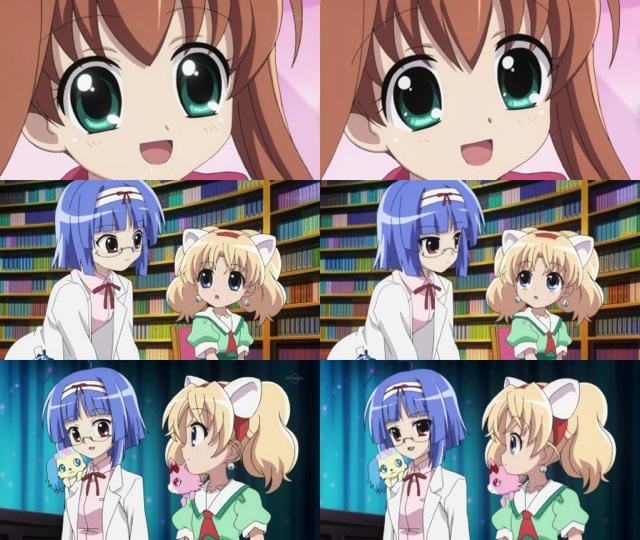 Also, I assume the one on the left is the TV version but confirmation would be nice. 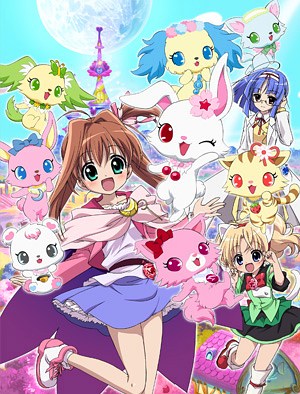 It's a show called Jewelpet Twinkle.

In Jewel Land, Jewelpets, creatures who has the natural ability to use magic lived in harmony with the Witches, attending the Magic Academy to learn to use magic with their Jewel Eyes. However for Ruby, a white Japanese Hare whose magic sometimes fail, is appointed to go to the Human World to search for her partner. But when she used the card the magicians gave her, she was sent to the Human World by accident. In the Human World, A girl named Akari Sakura met her on the beach on her way to school. At first, Akari can't understand her due to her Jewel Land Language until Ruby took a special candy so she could speak and understand human language. As the day passes, Ruby knew about her problems and later apologized. A Jewel Charm appeared on Akari's hand and she realized it that she's chosen by Ruby to be her partner. After that, she decided to become a student along with Ruby as they were accepted and entered the Jewel Star Grand Prix.

Not the answer you're looking for? Browse other questions tagged jewelpet or ask your own question.