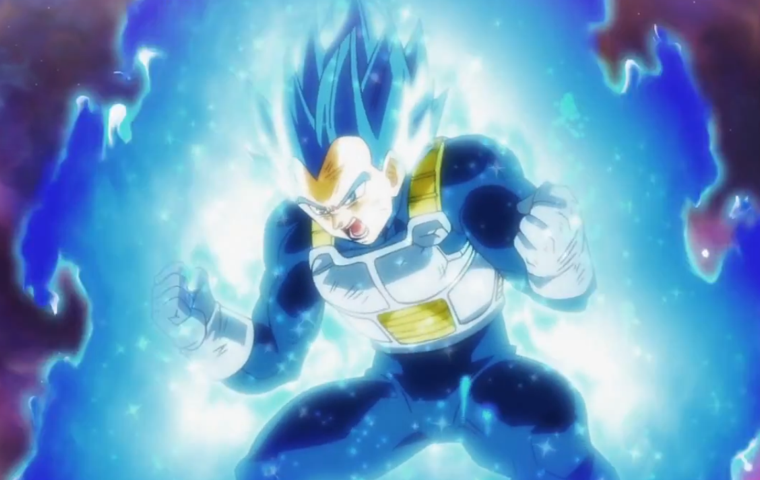 hopefuly someone can tell me why vegeta did not use it, the form looks way to epic

As for why it wasn't in the movie, there is no definite reason as we don't see any comments from the staff with regard to the same. However, there are several reasons why this could be the case, for instance

In the manga we see Mastered Super Saiyan Blue Goku/Vegeta fighting Broly and it was stated that the movie was a continuation of both the manga and the anime. So yes! There is no definite way to conclude why Vegeta didn't use the transformation apart from speculating based on some of the facts which I mentioned above.

Wrong! This form was created by akira toryama but its much diffrent. In the manga vegeta did use this form to fight jiren and it had more power. In the manga its much diffrent its mentiom by whis and berus Vegeta has evolved. In the manga this form is called supersayain blue evolved. In the manga theres no kaioken x 20 asj blue But there is something similiar it has more power but it last only few 10 seconds. It has no name but goku mentions saying Ill push to my limit Basacly supersayain blue limited. In the broly movie when goku powers up to ssj blue it looks exactly like this form. So goku did use his strongest power up version of ssj blue but was not enough for broly. You have to take note that movie is like the manga, has for vegeta not using his evolved form is quite not answered but could be it requires more God energy and time to use it wich he did not have that moment, also that shows you vegeta was not able to use his full power. but acording to reading a part in the manga jaco mentions wow goku your strong, goku says not realy I fought a sayain stronger than me named broly, Jaco says wow sounds scary. Later vegeta answered yea but we both easly defeated him. By the sound of this conversation Vegeta and goku both using mastered ssj blue easly defeated broly with no fusion. The broly movie anime exagerated broly power and required fusion wich kinda sucks.