What character/series did this person on Heroes of Cosplay cosplay as?

In the fourth episode of Heroes of Cosplay, the winners at Anime Matsuri were cosplaying Zeno (or maybe Xeno) Brothers. When I Google for this all I find is a reference to Zatch Bell. Whatever they were cosplaying did not look like Zatch Bell. Can anyone point me in the right direction?

The character depicted (from the photo in @Jon-Lin 's answer) is Zael/エルザ from The Last Story video game, directed by Hironobu Sakaguchi. 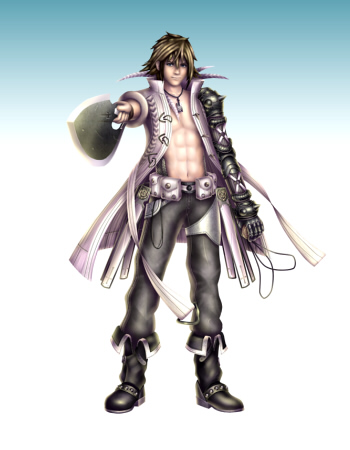 The characters are from the game "The Last Story" for the Wii. It's an RPG made by Hironobu Sakaguchi.

According to the label of the episode: 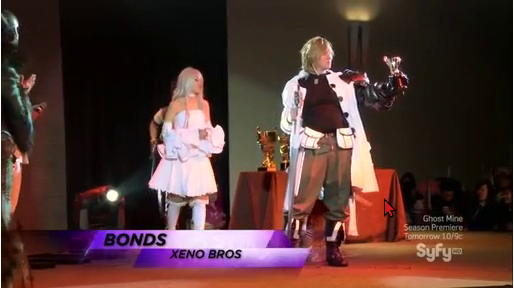 The character's name is "Bonds" and it's from "Xeno Bros", which doesn't appear to be from any anime or manga. Strangely, google doesn't bring up anything for those search terms. The MC also mentions "vampires" during the performance part of the competition while they did some sword fighting.

3
What anime is this brown uniform with a yellow-white ribbon from?
3
Who is this character being cosplayed in Japan Expo 2014?
7
What kind of glove is being shown in the following pictures, and why is it nearly always a knife user who wear this style of gloves?
5
What character is this man with a gigantic, red-white-black, mace-like weapon cosplaying as in Hyper Japan?