What exactly is Madara implying about the Sage of Six Paths?

Since Chapter 646 is currently the latest chapter, the question will be in spoilers.

My question specifically pertains to whether or not all shinobi descended from the Sage of Six Paths. Is this what Madara is implying in the last panel of this picture: "[...] in effect, taught us all chakra..."? 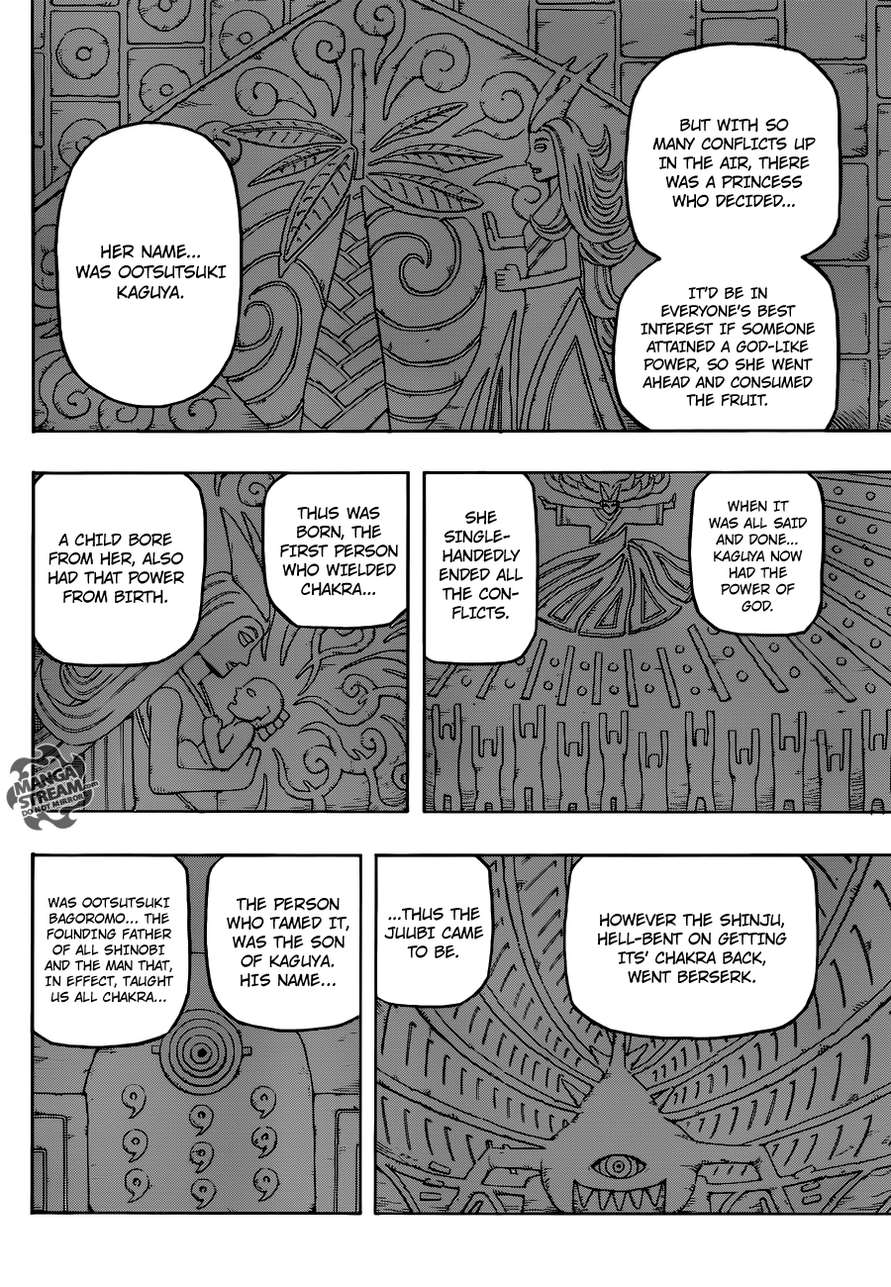 I think there are multiple ways to interpret this. One is that all shinobi are related to Kaguya, meaning everyone related knows how to use chakra.

There were probably some words lost in translation, so I am just confused now.

Did all shinobi descend from the Sage of Six Paths or did the Sage simply just teach others how to use chakra?

At the moment there might not be a definite answer for this question, so here's mine based on my own interpretation of the chapter (with little or no evidence to back up) which might likely become obsolete owing to any twist in plot later on

Chakra was initially an entity unrelated to humans or their physique until Otsutsuki Kaguya ate the Shinju's fruit and caused the inception of a generation where it would be a part of the human body (as a chakra system). Secondly, Otsutsuki Hagoromo aka the Sage of Six Paths, the immediate successor inherited Kaguya's chakra and was likely the root from which the generation of shinobi branched out. Further his likely mastery over the Juubi and becoming the first Bijuu could likely be attributed to the real beginning of shinobi who further learn to mix physical energy with chakra to create elemental energy (something perhaps, the Sage might have practised first and preached on to the subsequent generations). At many points it is also mentioned that the Sage had two sons who later on branched out into Senju and Uchiha. However though the Sage might be essentially the first to truly realize the power of chakra, it is very much possible that Otsutsuki Kaguya could have other children who might have inherited the gift of chakra and could have possibly been the root of other shinobi clans.

I believe that this brings up a minor plot hole in the series.

It is known that anyone can become a ninja because everyone has chakra. It is also said that if one runs out of chakra, they die. However, Kaguya was said to have rated the fruit and obtained the chakra, while the Sage of Six Paths was said to be, along with his brother, the first to be born with chakra. This then raises the question of how the people that lived during and before the Sage and Kaguya survived.

Later in the manga, it was said that the Sage spread his teachings to the people and used his chakra to connect all people in the world so that they could understand each other. However, eventually, they used his chakra to blend their own spiritual and physical energies together to form their own chakra, which they used as weapons for war.

From this, I have formulated a speculation: From the first generation who learned to weaponize their own chakra, their descendants were then born with chakra. However, that raises the question as to what about those that did not receive the Sage's teachings. As it was stated that everyone has chakra to some degree, I would assume that either those that did not learn directly from the Sage learned from others and later formed their own jutsu, or that those who did not develop chakra were killed off, much like animals which do not evolve in the wild.

7
What are the powers of the Sword of Nunoboko?
7
How was Nagato able to re-awaken and control the Rinnegan?
4
Symbols given by Sage of the Six Paths to Naruto and Sasuke Chapter 672
4
What happened to Naruto's Six Paths Sage Mode?
2
How is the ability to use chakra alloted?
1
Did Boruto inherit Naruto's large Chakra reserves
0
Are all humans in Naruto universe mandated to admit in the shinobi academy?
1
After the loss of Kurama does Naruto have the Six Paths Sage Mode?
3
Shouldn't Naruto be able to regain Kurama's chakra, and Sasuke, his Rinnegan?