Can the Law of the Cycle destroy itself?

Could Madoka ever accumulate despair, or does her Soul Gem stay pure forever? According to Kyubey, she takes the despair away from magical girls about to become witches. If her Soul Gem became tainted, she could potentially become a witch and destroy herself (through her wish). Would that even be possible??

she could potentially become a witch and destroy herself (through her wish). Would that even be possible??

yes, we see this happen in Episode 12 after Madoka makes her wish that ultimately leads her to become a Goddess.

After Walpurgisnacht is destroyed Homura finds herself on the moon watching Madoka's tainted Soul Gem streak across the galaxy, collapsing into a Grief Seed before becoming Kriemhild Gretchen. it is then that Madoka appears and we see her assume her Goddess form and as per her wish she can destroy even her own witch form. however Madoka must still exists to continue erasing witches even after she destroys herself and this paradox is what lead to the Universe having to be recreated.

in Madoka's Universe however we can't confirm if Madoka even has a Soul Gem. while amiami has had an Ultimate Madoka Soul Gem on sale once before (historical images) the problem is that Madoka's Goddess form doesn't show anything that looks like an opal on her in her Universe as shown in the Rebellion movie 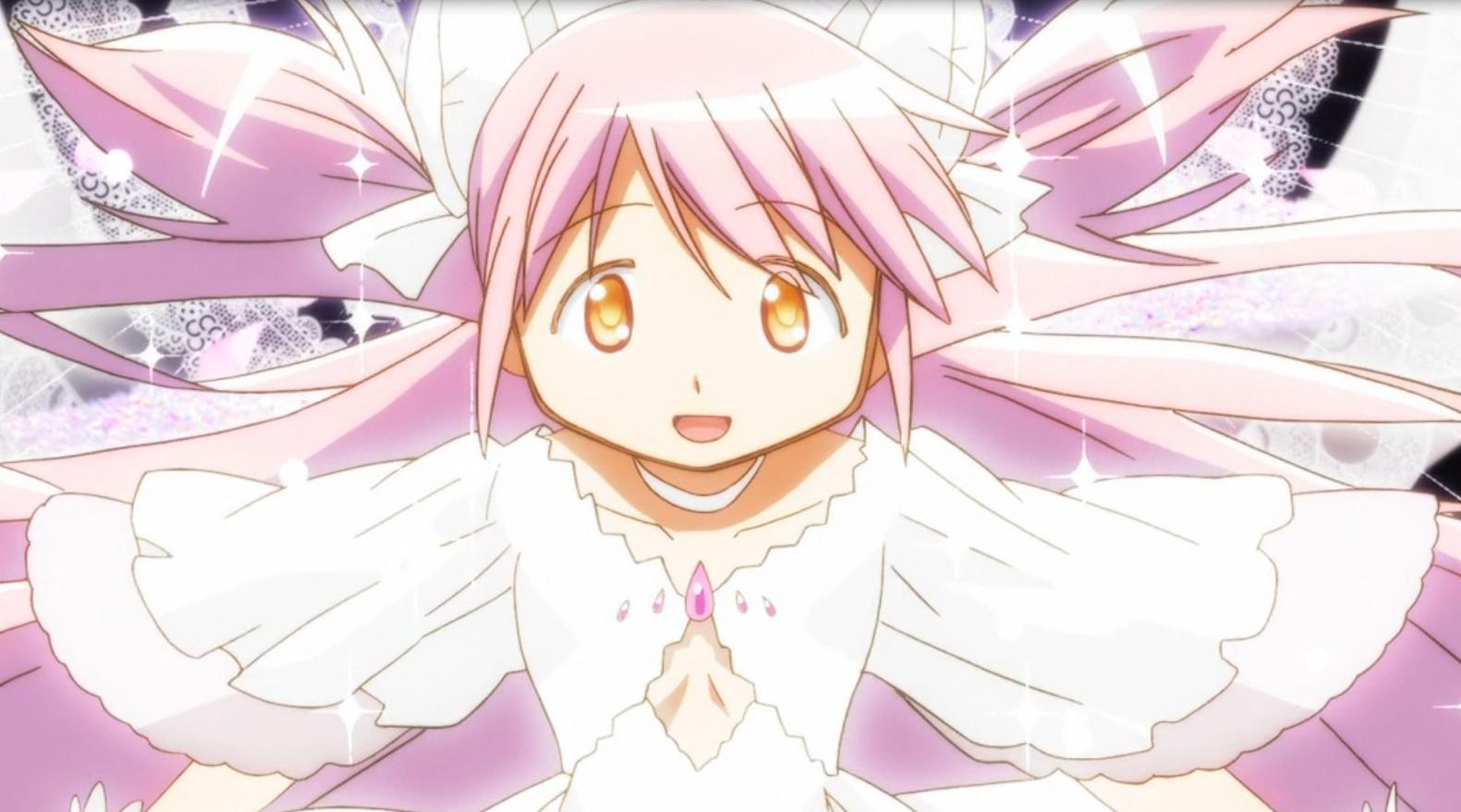 there's also the fact that it was the Incubator's logic that a Magical Girl's Soul exists outside of their body in the form of the Soul Gem. it's possible that after becoming a Goddess Madoka's Soul is back in her own body.

i would speculate that in her universe Madoka, as a Goddess and the concept called the "Law of Cycles" that's always existed in the universe, is a difference existence than a Magical Girl and not bound by their rules. even her own wish states this

I want to erase all witches before they are even born. I will erase every single witch in every universe, past and future with my own hands...I don't care what you call it. All those magical girls who held onto their hopes and fought against witches I don't want to see them cry. I want them to stay smiling until the end. If any rule or law stands in my way I will destroy it. I will rewrite it. That is my prayer. That is my wish. Now grant it, Incubator!

As Madoka herself explains at the end of episode 12 of the anime,

if her wish truly came true then even she would not become a witch which is why she became a god and was incorporated into the Law of Cycles. She is even shown stopping her own witch form which is why she was able to create a new world in which witches didn't exist. So to put it bluntly, the answer is no.

In the main TV timeline, the Law existed for an instant, absorbed the corruption of all witches, turned into a witch, and was destroyed by its own past self.

Its creation and destruction happened in one timeline of the old universe, but it acts across all time and space in all timelines. If the Law experiences time linearly at all, it will eventually return to the old universe to become a witch and die.

13
Who is the magical girl who becomes Walpurgisnacht?
9
Why was there an apparent violation of the law of cycles in Rebellion?
9
How come the events of Rebellion are possible, with Madoka's wish?
12
How do familiars get created?
3
How was Sayaka able to join Madoka in the Law of Cycles after her death?
2
How do Soul Gems get corrupted over time in Madoka Magica?
7
When Kyoko overloaded her soul gem to kill Sayaka's witch form, did Kyoko then also become a witch?
10
How did Homura strip Madoka's divine powers in Rebellion?
9
What are the consequences of ignoring Kyubey's contract?
7
How did Homura able to return to a past where Madoka isn't already a Magical Girl?