Do the Yami Shibai horror stories have any background/reference?

Looking for a horror series, I found a new one called Yami Shibai. Each episode is a very short horror ghost story.

I feel like many of the stories in this series are too incomplete, as in, lacking any story/development - it almost seems as if the producer is just making up some random nonsensical stuff in an attempt you scare you off.

But maybe the stories presented do have a background story - like a reference to a well-known ghost story or something.

Some of the stories presented do seem to be somewhat self-contained. For instance, the third episode, "Family Rule", does explain the situation (the adults are offering their own laughter to please an evil spirit), but other stories don't explain what's going on (for instance, the photocopier episode - there's just this ghost haunting a photocopier, but we don't know why, or what for, etc).

Are the Yami Shibai horror stories based on something, or are they just made up for this series?

They might be well-known Japanese stories, but I don't know much about japanese culture so I'm not sure. 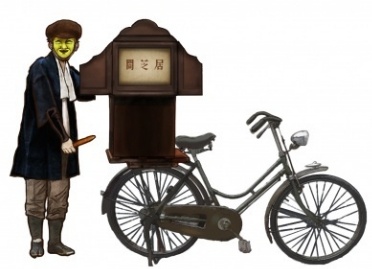 A series of short horror stories based around Japanese myths and urban legends. The series is framed around an old man telling these tales to schoolchildren on a playground using kamishibai, a traditional Japanese storytelling method using paper scrolls.

The same goes for summaries on crunchyroll or other sites.

I guess that stories like "Hair" (the photocopier-one) are just urban-legends, so there isn't much to explain.

Not the answer you're looking for? Browse other questions tagged yami-shibai or ask your own question.