Is there a religion in Amestris?

It doesn't seem to me like this is a reference to "Truth", seeing as very few people seem to know about "Truth", who is essentially the God within the gate. Is there some specific religion's God that this is reference to, or it is a sort of generic God=nature? Is there a stated religion within Amestris?

There appear to be a few religions in Amestris (or potentially a few views or denominations belonging to a single religion), and we can see actions from several people that denote a religious following. 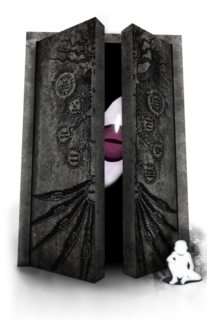 Ironically, the being who is canonically referred to God seems to have little to no religion based around it (the same for Truth). They are essentially all-powerful beings of nature, but garner little attention from those outside alchemy (who are generally atheists). 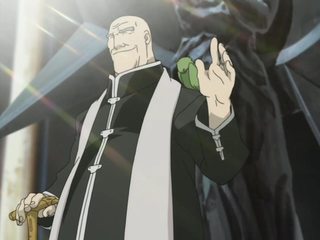 In the town of Lior, a priest, Father Cornello, has been given a Philosopher's Stone by an at-the-time undisclosed party. Leaving his fellow Lior citizens unaware of this, he manages to garner a lot of attention through miracles (smaller ones in Brotherhood, though much more effective and large ones in the 2003 anime). These miracles, according to Cornello, are from the Sun God, Leto, around whom the religion is based.

In Brotherhood, after Cornello is debunked, Letoism disappears. The 2003 anime handles it differently, and one could say that the religion lingers on. 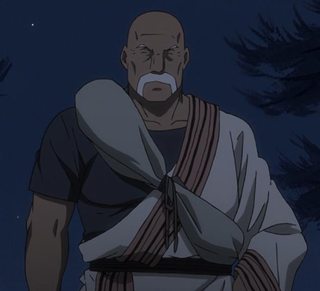 Among the Ishvalans (those who remain, and their society prior to the war), there is a common belief in the Earth God Ishvala, who is said to be the one true creator, much like you could consider a typical god in a monotheistic religion. His teachings prohibit the use of alchemy, though some of his followers have stepped around this teaching and, in some cases, broken it entirely.

A note: The Ishvalan religion borrows many traits from Judaism, but I won't go into detail here. 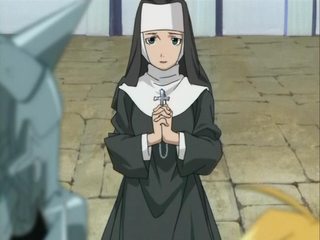 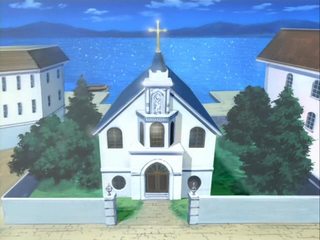 In the 2003 anime, Ed and Al end up in Aquroya, where they meet a woman named Clara. There are signs later that she is not fully committed to this religion (though her churchgoers are), and not much is said about it, except that (according to Clara) Ed and Al's bickering "goes against God's will."

There appear to be few mentions of religion outside of Letoism, Ishvala, and this small religion in Aquroya; I would wager a guess that any other mentions of "God" (by non-alchemists) belong to this same unnamed religion. It appears to borrow traits from Catholicism (or Christianity as a whole), which would line up with early 1900s in Germany, if I recall correctly.

The Eastern Sage and the Sage of the West are also regarded somewhat as religious figures, the latter described as being a man of gold (his hair and eyes, and also a reference to alchemy's properties with regard to gold).

In Xing, a religion similar to Buddhism has developed, it would seem, which talks about chi and the flow of energy in the earth (referred to as the Dragon's Pulse). Likely, being a monarchy, there is also a god atop their structure, though I don't believe he is ever mentioned.