In episode 1 of Hyouka, what was the topic of the essay Houtarou has to rewrite?

In episode 1 of Hyouka, Houtarou is forced to stay after school one day to rewrite an essay that he accidentally left at home. What is the essay about? 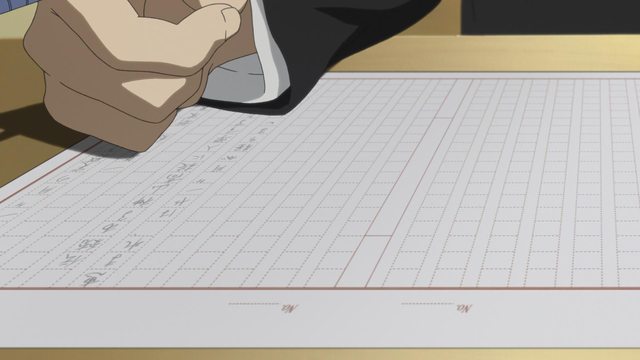 The full title of the essay (partially obscured in the image above) is:

"My experiences during the first month of school, and my ambitions for the future" 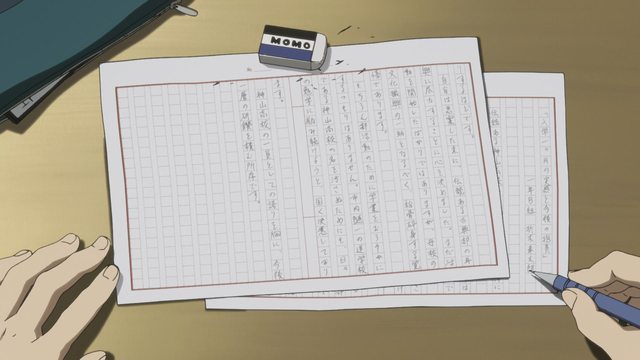 In the essay, he writes about his desire to do his very best to promote culture at his school (via his participation in the classic literature club), adding that this won't interfere with his academic pursuits, as befits a student attending the finest high school in Kamiyama.

Interestingly, when this scene appears in the Kotenbu series (on which Hyouka is based), it appears much later, chronologically (in volume 4), and does not include the text of the essay. His internal monologue in the novel does suggest, however, that he's basically making this up as he goes along to get it over and done with.

3
What book is Houtarou reading in episode 2 of Hyouka?
3
What does Oreki Houtarou want to do with his life?
3
Oreki and Chitanda's relationship in the anime Hyouka
5
What does "Why didn't she ask EBA" mean in Hyouka?
2
Which chapter of the manga version of Hyouka corresponds to the last episode of anime?
3
What are the thin books that everyone reads when in a club in School/slice of life Anime?