Rurouni Kenshin is an anime based on several historical facts. How accurately are the events in the series portrayed?

I don't mean just historical events used in the series, such as the Shinsengumi, but how accurate is their real life portrayal of the art of swordsmanship. Is it really possible to obtain such power with dedication to daily training portrayed in the series?

This question is tricky, since the author (I believe) masterfully incorporated real-life events/characters (Imperialists, Shinsengumi, etc.), while basing some of the fictional characters on real life people (Kenshin), and mixing in some pure fiction. Also the response would be too long for this thread. I would read the Kenshin Wikia which usually has trivia under each characters about who they are based on or influenced by.

It should be noted that he did some clever things like rework Saito/Aoshi to be more like Hijikata Toshizō, and Seta Sojiro is heavily influenced by Okita Soji (even has Okita's named katana).

Fighting style wise, in the manga/TV series, while some of the styles like Gatotsu were based on real moves various factions used, they were exaggerated or made up and completely unrealistic in real life. However, it's worth noting that in the OVAs and the new movies, the fighting is realistic (which means the fight scenes are a lot shorter but the higher animation quality definitely makes it more fun to watch).

Since your question is remarkably broad (historical facts, events, the art of the sword, the base for all of the characters & plot points), and since some aspects of Rurouni Kenshin's historicity have already been answered in other questions on this SE here, here, and here, and there are useful fan websites like this, this, this, and this, I will collect here some of the mangaka Nobuhiro Watsuki's own comments in a number of interviews about how historically-accurate the series is.

Interview at AnimeExpo 2002 convention in 2 different fan translations (he was speaking in Japanese):

Hmmmmmmm, Rurouni Kenshin started as a short story, so I didn’t do much research on it, but in the year and a half between the story and the start of the series, I spent a lot of time reading [books about Meiji]. I did the manga because I wanted to draw kimono and swords, so don’t count on all of the details to be completely accurate. . . . Also, I am a big fan of the Shinsengumi. . . . The model for Kenshin was one of the old hitokiri of the Bakumatsu. This man was an assassin and slayed … He had a tough life, and in his last years he started to repent for all of the killings, but he kept his will and was executed by the government. So he is not very well respected in Japan. . . . Some moves are based on actual moves. Sanosuke’s fuwai no kuwami is just an exaggerated double punch. The other half of the moves are created by him swinging his sword around in the privacy of his own room. A third category pays homage to his favorite shows like Sunrise Showdown. Shishio’s final move is just a big-ass homoro dama.

Kenshin started as a shot story without much research. In the year and half, he had between when the series started he read a LOT of books. He wanted to draw kimonos and swords, so its not very accurate to the Meiji period. . . . He is also a big fan of the Shinsengumi, but he couldn't do the actual revolution since he wanted to do more human drama. . . . There was a hitokiri of the revolution [name missed], who had his own mind, and never really bent to the government. He did end up repenting for his killing, however he DID get executed for never submitting to the government. . . . A lot of the moves are based on real martial arts moves, just over-exaggerated. The other half are created by him flinging a sword around in the privacy of his room. Others are homages to favorite games, like Samurai Spirits . . .

Watsuki has practiced Kendo and his love of sword comes from that. He's very weak thought, and if he was a good kendo practitioner he wouldn't be drawing manga.

The sakabatou is something original that I came up with. The reason for it is very simple: I didn’t want my main character killing anyone. But a bamboo sword or wooden sword isn’t intimidating enough, so I came up with the idea of a sword that has its sharp and blunt edges on reversed sides. That way the main character is able to fight the way he always does, and still be able to refrain from killing anyone. [laughs]

It's an original idea, a weapon like that didn't exist at that time. Right before the beginning of the series, I told myself that it wasn't a good idea to have a main character who killed his opponent in every fight, but I also didn't want to give him a bokuto (wooden sword), or a takemitsu (sword with a normal hilt but a wooden blade). Then I got the idea to create a sword with a sharp back, so that it could be used effectively against opponent, but it wouldn't be lethal. And that's how the sakabatou was born!

I practiced [kendo] in jr. high but only to an elementary level. Then I stopped practicing during high school, since I was devoted to drawing manga by then. I didn’t want my time limited by extracurricular activities. . . . It started when I read the new Moeyo, Ken by Shiba Ryuutarou (another very famous and popular history in Japan). I loved the book and decided to use the end of the Bakufu era as a historical background. Later, the story spread to the Meiji era, which is due to another book I read in that same period: Shuugata Sanshirou by Tsuneo Tomita. Designing a story set at the end of the Bakufu perid is quite a complicated job, and therefore the short history presented is inadequate. The end of the Bakufu and the beginning of Meiji is filled with chaos and instabilities, so I chose Meiji years 10 to 20, a more stable era for the background of a short story. Due to various limitations, I couldn’t draw real historical figures. So I created my own characters. . . . This is because of the Satsuma Rebellion. Before the end of the Satsuma Rebellion in the tenth year of Meiji, there was always a lot of turmoil and rioting in Japan. Most people are familiar with the end of the Bakufu and the Meiji Restoration, not recognizing that the end of the Bakufu as the exact beginning of the Meiji era. Instead, the Meiji truly began in Meiji year 10, after the Satsuma Rebellion ended. For the same reason, I chose Meiji year 11 for the background story of Rurouni Kenshin. . . . No, I didn’t take [Ookubo Toshimichi’s assassination] into consideration at that time. Initially, Rurouni Kenshin was only intended to be pubished for 30 weeks. Though I hadn’t thought of it beforehand, I thought it'd be very interesting to add this into the plot. . . . No, I wasn’t very confident [laughs], especially when the series was first published, I was really worried. . . . My interest in history began with the start of the Kenshin series. I learned all of this history along with my readers. I had to look for references at the same time as I was drawing the series; I knew very little about the Shinsengumi. I like the Shinsengumi since I created Sengoku no Mikazuki in the year that I finished Rurouni and started Rurouni Kenshin, the only book that I read was about the Shinsengumi [laughs]. . . . My favorites are Hijikata Toshizou, Okita Souji, Saitou Hajime, Harada Sanosuke, Serizawa Kamo, in fact each of the units. I also like Takeda Kanryuu and Nagaruka Shinpachi. I always want to somehow arrange an appearance of Nagakura Shinpachi in the manga. . . . Yes, I also like Ookubo Toshimichi. Things related to Katsura Kogorou have an interesting feel as well. Apart from the Ishinshishi, it's boring to study the life of Enomoto Takeai after the Battle of Hakodate. I like that. There was also a swordsman appointed in the late Bakufu period, Sakakikara Kenkichi. He was a master of the martial arts school established by the Bakufu government. His title required being the strongest swordsman of the Bakufu. He insisted on wearing a cape to his death; he was really a stubborn person. I also considered adding him into the manga. I’m interested in Sakamoto Ryoma recently, but I don’t intend to add him into the manga [laughs]. . . . Although I don’t have time to read these days, I read a lot in the beginning. The writers that I like include Shiba Ryotarou, Ikenami Shoutarou, Shibata Renzaburou, and more. Covering the Shinsengumi, Shimo Zawahiro (a writer of novels chronicling the Shinsengumi) is very famous. His writing is interesting and serves well as references and historical novels.

Interview at Made in Asia 3 convention (I'm translating from the French, since it took place in Brussels):

It’s true that at the beginning of Kenshin, I wasn’t a specialist in this period, even though I liked a lot of aspects, especially the Bakufu. It’s really as I was drawing the story that I became more knowledgeable. At that time, the internet was not at developed as it is now, so I had to deepen my knowledge by finding out through old books.

Yes, sort of. A lot of the characters were based (albeit modified) on Actual characters in history. 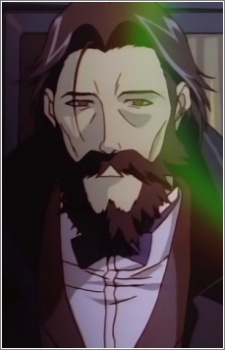 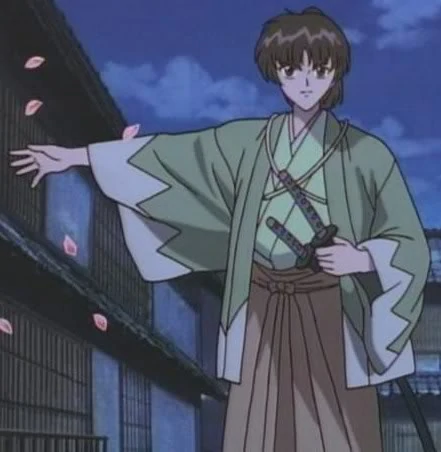 The show Also more or less depicts various western introductions that were often comedic-ally or simply curiously seen by the main cast.

Not the answer you're looking for? Browse other questions tagged rurouni-kenshin .

22
Who is Kenshin based on?
9
Are guns in Kenshin historically accurate?
1
Why does Okita Souji did not appear?