What book is Houtarou reading in episode 2 of Hyouka?

In episode 2 of Hyouka, Houtarou is shown reading a book throughout the episode. What book is it? 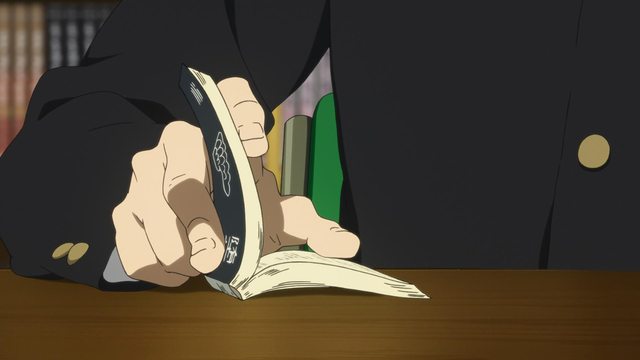 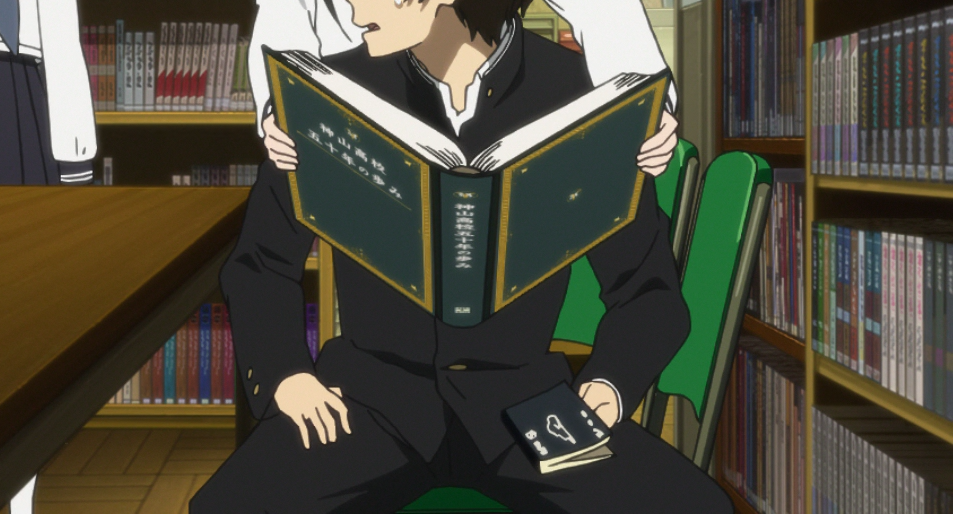 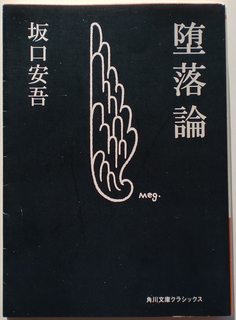 Sakaguchi was a novelist, essayist, and critic who lived from 1906-1955. He gained immense popularity in the immediate post-war period with his 1946 essay On Decadence, which criticized pre-war Japan as too heavily steeped in bushido culture, and argued that though post-war Japan was decadent, it was better than what came before.

On Decadence is not mentioned in the Kotenbu series of novels on which Hyouka is based.

In an amusing connection, the anime Un-Go (written アンゴ = ango in Japanese and hence pronounced identically to Sakaguchi's given name) was based on one of Sakaguchi's period novels - Meiji Kaika Ango Torimono-chou, loosely "Ango's Tales of Detectives from the Dawn of the Meiji Period".

4
In episode 1 of Hyouka, what was the topic of the essay Houtarou has to rewrite?
3
What does Oreki Houtarou want to do with his life?
5
What does “Why didn't she ask EBA” mean in Hyouka?
2
Which chapter of the manga version of Hyouka corresponds to the last episode of anime?
3
What are the thin books that everyone reads when in a club in School/slice of life Anime?