Who does the image labeled "god level threat" in OPM webcomic chapter #77 belong to?

In the One Punch Man webcomic chapter #77 , there is an image of someone labeled "god level threat". This image looks like

It's never stated who he is. is it him? (considering the Hero Association labels him Dragon Level Threat) Who does the image labeled "god level threat" in OPM webcomic chapter #77 belong to ?

I presume this is the image you are referring to: 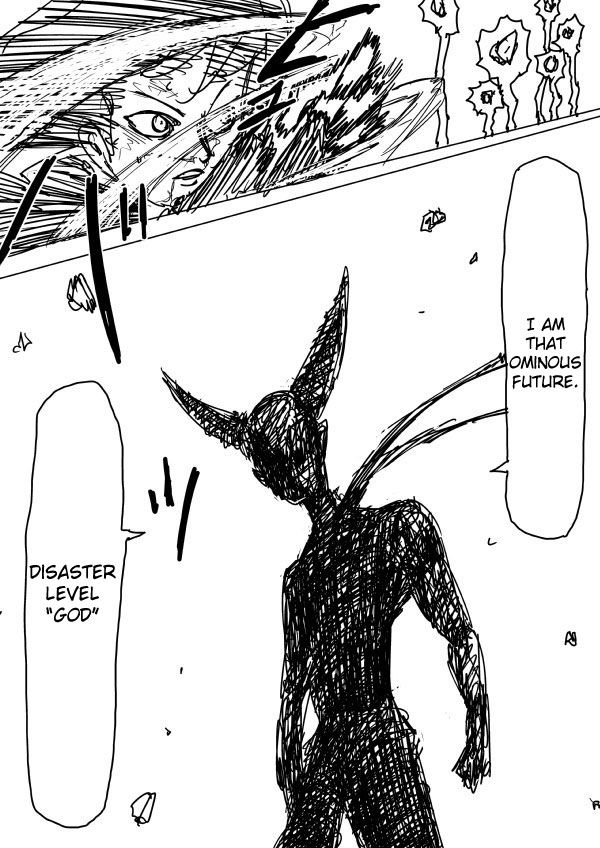 As W. Are said in the comments, this is Garou. Fubuki even immediately recognizes him as such at the very beginning of the next chapter. 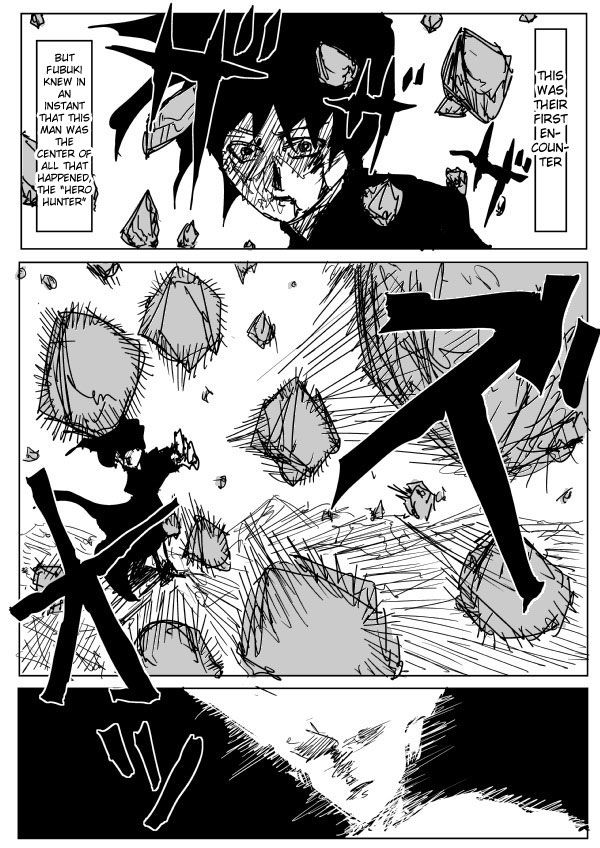 Garou has been fighting almost continuously through difficult battles for some time now, and he's pretty jacked up. Blood and dirt have caked onto his body and hair. His hair has matted up into a more horn-like appearance as a result, and his overall appearance is more monstrous. Which, seeing as he wants to be a monster anyway, is all to his liking.

This is Garou's ego speaking, ultimately. The association has never attributed a God-level disaster threat to Garou. Nothing has definitively stated that the prophesied God-level disaster has been dealt with, or otherwise passed, by the end of his arc. There are a few scenes, one with Homeless Emperor a few chapters later from the one under consideration here, that implies there is a greater force to be dealt with, though. But Garou does know about the prophesy, as pretty much his first appearance is at the hero's association where the information about the God-level disaster gets stolen by Sonic and spread around. He immediately associated the prophesy with himself and his goals.

13
Which chapter of the One Punch Man webcomic should I start on after seeing the anime?
2
Does Mob appear in One Punch Man?
5
What is the source of superpowers in the One-Punch Man universe?
2
Who has the strongest power level according to Child Emperor's Okame-chan device?
1
Which chapter of the manga does Season 2 of One Punch Man anime end in?
1
Is the god who gave powers to Psychos the same god who gave powers to Homeless emperor?
1
Is Psykos-Orochi fusion god level threat?