Who is faster, Flashy Flash or Speed-o'-Sound Sonic?

At some point in the webcomic, the speed of Flashy Flash's attack is given: it takes a centisecond to perform each attack. I suppose his speed can be calculated if you know the distance of his attacks. I don't know if Speed-o'-Sound Sonic's speed is given or it can be calculated, though it probably has to be over the speed of sound, right?

Who is faster, Flashy Flash or Speed of Speed-o'-Sound Sonic?

From here, which is also from the One-Punch Man Encyclopedia, it says that Speed-o'-Sound Sonic can enter massively hypersonic speeds. Hypersonic speed has a minimum of Mach 5 (1,715m/s). Meanwhile, Flashy Flash can perform 1 attack per 0.01s.

Not sure about my math but if we assume that each attack's distance is a meter long for Flashy Flash to achieve 0.01s, then Speed-o'-Sound Sonic can perform an attack at that same distance for approximately 0.00058309037s, given his speed is in Mach 5, which is the minimum for hypersonic speed.

This means that, based on approximation, Speed-o'-Sound Sonic is much faster than Flashy Flash since it takes him less time to perform an attack.

While I do like Sonic much better, it's pretty obvious from what we've seen so far: (Manga Spoiler Alert)

1.Flashy and Sonic were from the same ninja village, same ninja class (44th "End Class" or whatever), same generation. Flashy was number 1 from this class.

2.The two ninja dudes (upper classmen from the same ninja school and village), that ate the monsterfication cells, were much faster than Sonic, while Flashy beat them pretty easy 1vs2.

Although Sonic is currently slower, I think that he will catch up at some point and maybe even surpass Flashy.

The basis of your question is already kind of iffy. Your ".01 second" figure is almost certainly based off the following page (and preceding ones) in Chapter 84 of the webcomic: 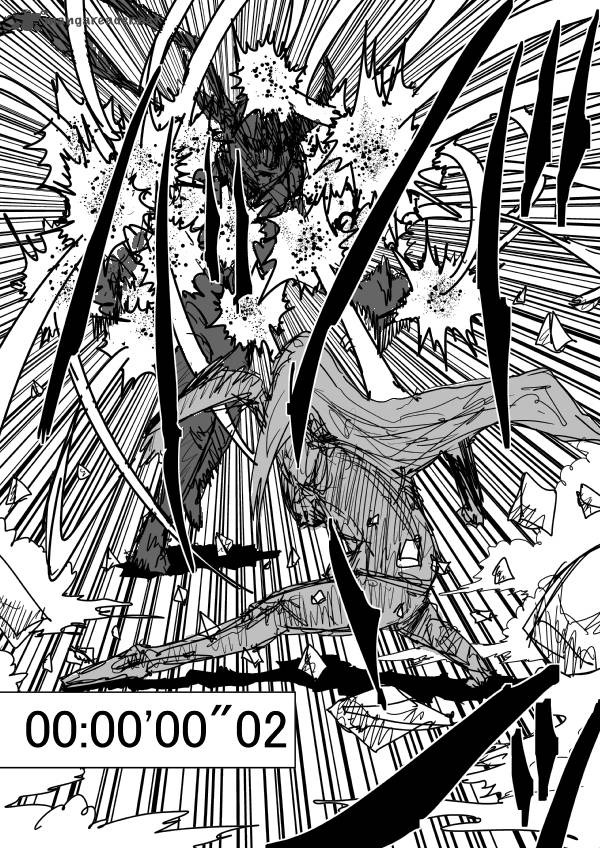 You can see something like 14 to 16 attacks were made in this picture, and the timer from the previous panel, before any attacks, was reading 00:00"00'01.

So the attacks happened in 00:00"00'01 units of time. The question is, what units of time is that even using? It doesn't say explicitly, and fans seem to fall into two camps. Some seem to think the numbers before the : are hours, while others think it is minutes. In the first case the span was 1 centisecond (=.01 s), while in the second it is a hundredth of that: .0001s.

The first people are, in my estimation, a bunch of loons. But to be fair there's actually reason to think it. If you read a digital clock it'll use an hh:mm format, so that would naturally suggest the first unit in this image's stop watch is for hours. Every (sprinter's) stopwatch I've ever seen, however, uses a mm:ss form, followed by centiseconds in some other format (usually just slightly smaller numbers). If you're measuring hours you're not measuring a sprinter, after all! Going more precise than centiseconds is unusual for a stopwatch, as the inaccuracy in the human starting and stopping it is greater than that. Professional sports timing devices (that aren't human-operated) and high-speed cameras can fairly easy achieve accuracy at the .0001s level, though many sports may find accuracy to .001s sufficient.

There are a few fans who have tried to estimate his movement speed and attack speed from the panels in this chapter. The numbers kind of end up all over the place. This user used the .01s interval and calculated his hands during attacks moved at around Mach 5.3. That's about the lower end of Speed of Sound sonic's (movement) speed suggested by W.Are's answer. Using the .0001s interval you get Mach 530, instead, which is radically faster; 100 times faster. I've seen a post saying the interval was a microsecond, which is .000001s, which gets us up around 1% to 2% of the speed of light. But that definitely seems like a misreading of the stopwatch.

And one way or another, soon after this panel Flashy Flash starts moving even faster. But we no longer have a stopwatch in the panels. However, he uses an after image technique much like we saw Sonic use against Saitama. Sonic created 10 after images he was moving so fast. But Flashy Flash moves so fast that the multitude of after images looks "like a snake": 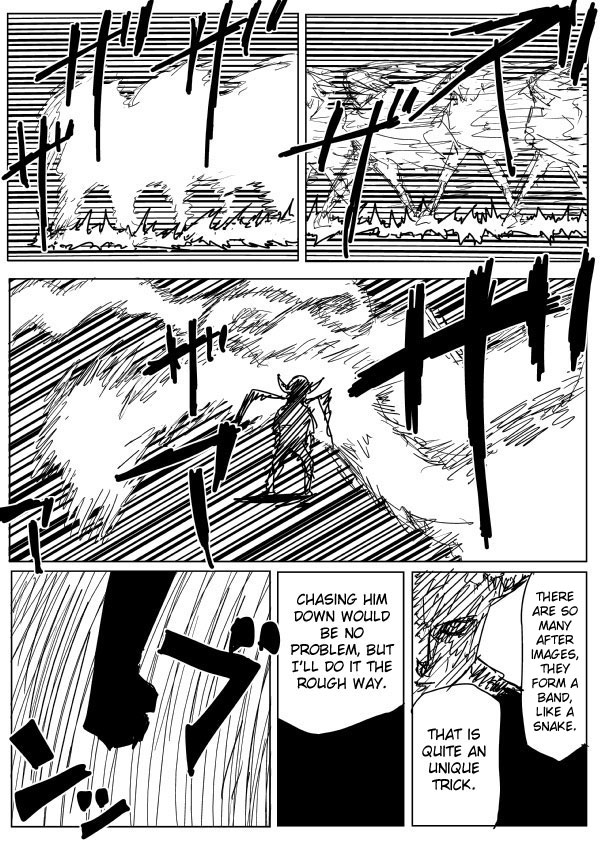 This indicates he is dramatically faster than Sonic, and attacks at upwards of Mach 5 (or Mach 500!)* when he's not even going full out.

*And that's making assumptions. Such as each fist going one at a time, and might underestimate the total distance each fist has to travel, as the previous one may twist the next one to attack further back. Just try a few boxing jabs and note how if you jab with your right then your body twists the right shoulder forward and the left back. You can also see in the image that there's apparently quite a lot of arc in the strikes, and even changes in attack angles suggesting he's moving a fair bit. We're even making assumptions on the time interval: maybe everything up to before he started attacking left it just short of hitting the 02 number, and in that tiny span left he finished every attack exactly as the time hit 02. We just don't have enough digits of precision to be sure; but traditional storytelling norms suggest our assumption is accurate.

2
Is Lightspeed Flash faster than light?
1
Are there other ninjas aside Flashy Flash and Speed of Sound Sonic from the same village in One Punch Man?
3
Is Atomic Samurai speed in the same level of Flashy Flash?