Why did All for One gave a quirk to stockpile power to his brother?

As All Might says way back in Chapter 59 of the manga when he first reveals All For One to Deku, "Whether that was out of kindness, or to bend him to his will, we still don't know". 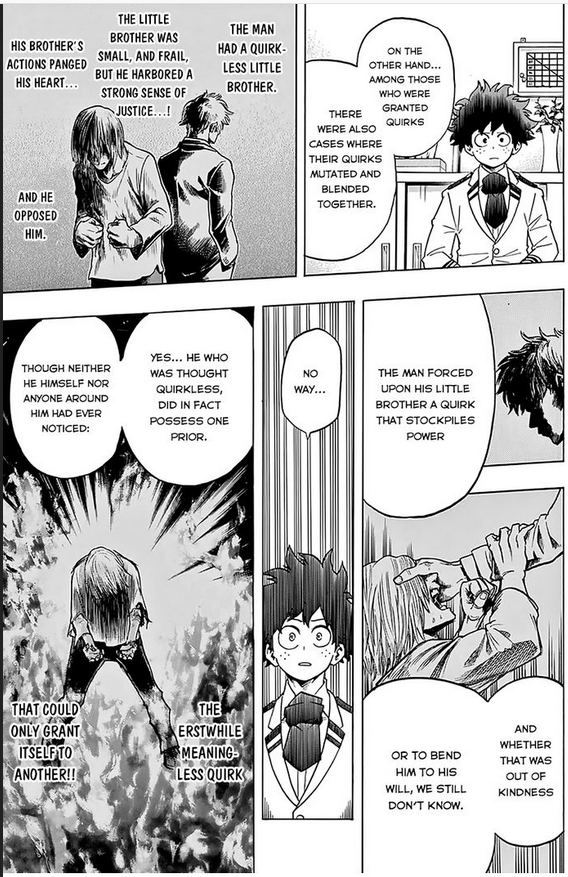 I initially assumed it would be left open like that, or maybe find a mention later in some arc involving AFO. Now though, since

the vestiges of previous OFA holders, including the first user, are able to interact with Deku

that is another perspective from which we might get new information. So far nothing though.

6
Could All Might pass his quirk to multiple people by feeding them his hair?
7
What does it mean that "One for All" allows to stockpile power?
7
How is "One for All" stronger than "All for One"?
5
Why All for One never stole One for All?
0
Why All for One didnt keep a regeneration quirk for himself?
7
Could Eri restore the One for All quirk to All Might?
2
Why does everyone in My Hero Academia care about how Midoriya Izuku got his Quirk?
0
Are there more difference between All Might / One for All quirk and Re-Destro quirks other than how the power is accumulated?
5
Why didn't Izuku's mom ask about his quirk?