Why didn't Marcel turn into a Titan to avoid being eaten by Ymir?

When Marcel was attacked by a Titan who wanted to eat him, he could have turned into a Titan to avoid it or at least try to fight back. But he didn't do it. Also Reiner, Annie, and Bertholdt just ran away instead of transforming and fighting.

Why didn't Marcel turn into a Titan to avoid being eaten by Ymir?

This is how I interpret it based on the events shown in Chapter 95.

Marcel revealed to Reiner that he wasn't supposed to be a warrior in the first place. As expected, this shocked Reiner. He was lost in his thoughts that he did not notice Ymir behind him. He only had time to look back before being shoved away by Marcel. 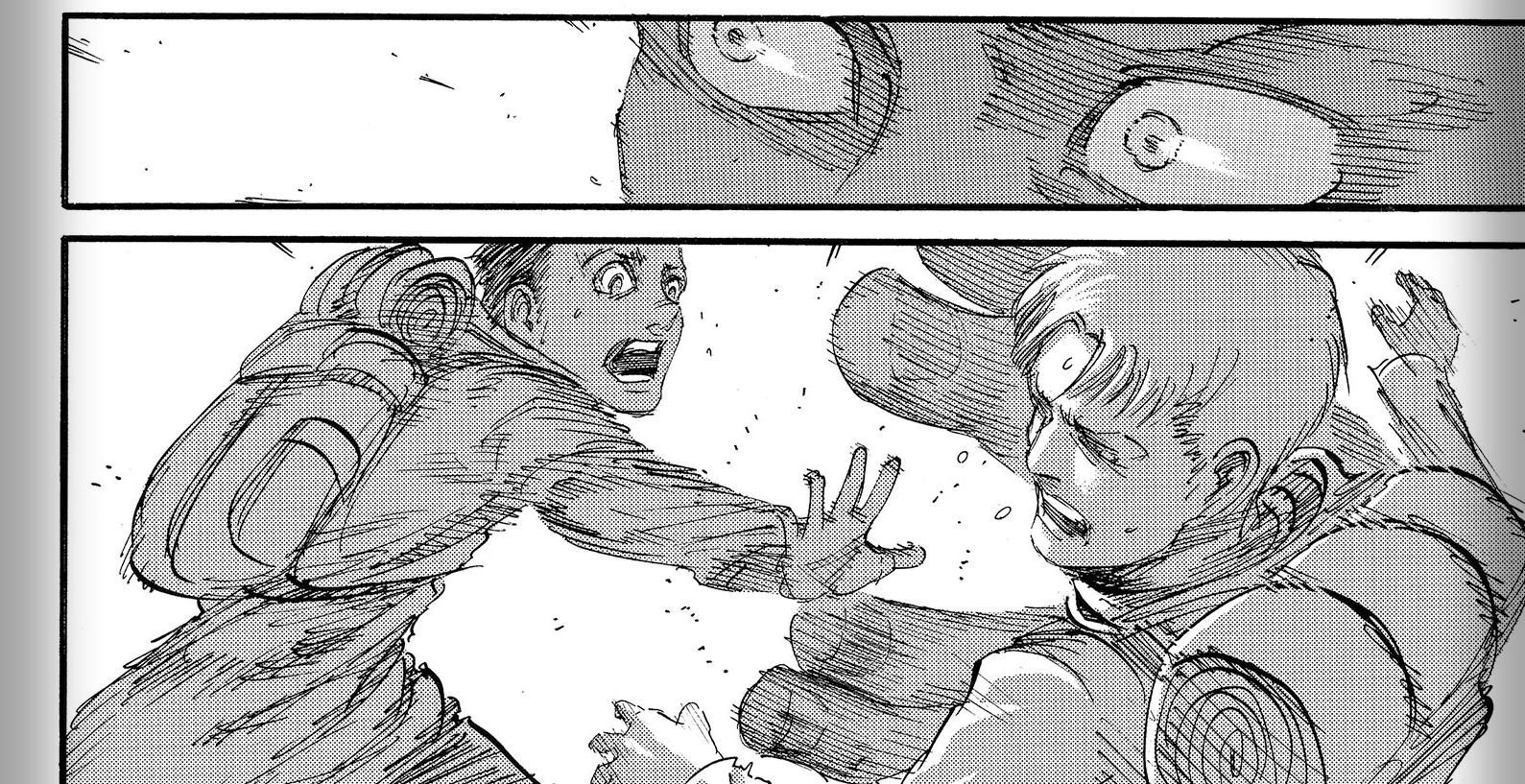 Notice in the image how Ymir's hand is already reaching towards Marcel, who pushed Reiner out of the way. He had no time to react at all and after being grabbed, what I guess happened was that he couldn't injure himself. Also, notice in this chapter how he kept looking at Reiner and his other comrades with his mouth open, with no time to react at all or even say anything to them, which led me to assume that the events were probably too fast for them to handle. It was probably their first time in that situation and it's understandable they'd give in to fear instead of thinking.

Why would he do this? The most probably cause is panic. Sure, they were trained as soldiers but they were still children. That situation alone would make anyone panic and not think properly. It's also possible that the mixed emotions he had (guilt, for revealing to Reiner that he forced Marley to enlist him in order to save his brother, and his hesitation of the mission) was enough to make him lose his will to continue the mission or forget what he's capable of.

Why didn't Reiner, Annie or Bertolt transform? Bad decisions due to, again, panic and unexpected events. In Chapter 96,

after they ran away, Annie was telling them that had they not run away, they would have gotten hold of the Jaw Titan back. But seeing both her comrades running, she followed, remarking that she did not know what to do. Reiner was also still in panic and he only calmed down and thought of a plan after the three of them talked. It was also mentioned by Reiner, who after calming down, that they would not have caught the Jaw Titan anyway without Pieck's help since it's faster than all of them. There is also the risk of running into more Titans (they still don't know how many there are and they did not even expect to be attacked since their intel tells them that Titans only reside near the walls) and with only three of them, Reiner mentions that they'll just risk getting exhausted or eaten.

If you have read the manga then you would see that when Ymir attacked marcel he really was shocked at that time and he had no time to react. He was scared to his guts this is probably the reason that he wasn't able to transform into a titan

When the titan shifters transform, it causes a huge earthquake and has a high chance of killing any human nearby. So unless all 3 warriors simultaneously reacted and transformed at the same within that moment (highly unlikely) they would all just die. This was shown when Annie revealed her transformation in season 1.

1
Why didn't Marcel or Frieda Reiss transform when being eaten?

3
How does Ymir turn back into her human form?
8
Why does Eren loses his equipment after being Titan?
9
What happens to a Titan Shifter if they die without being eaten?
1
Why didn't Marcel or Frieda Reiss transform when being eaten?
5
Why Ymir jaw titan and Galliard jaw titan look so different?
1
Why didn't survey corps climb on top of the walls to avoid boulders of beast titan season 3 part 2
1
Why do the Marleyans turn Eldians into titans when exiling?
0
What's the worm-like creature that touches Ymir before she turns into a Titan?
1
Why did Ymir die after being pierced by a spear, if she should have the regenerative powers of a Titan?
2
Who was the Beast Titan before Zeke, and can he turn into different animals?