Do auras really have color and movement to them?

Throughout Hunter x Hunter we see a variety of auras, with the majority of them differing based on color and the way that they move.

For example, Gon and Killua's are white and emit from their bodies fairly rapidly, similar to Saiyans from DBZ. But then if you consider Hasuka's and Killua's brother's auras, they're purple and kind of ooze. Lastly, there's also the chimera king's royal guard's aura which is red and really tentacle-like, and the chairman of the hunter association which is every color and radiates outwardly in all directions.

So, are these characteristics just for the audience to tell a difference, or do the characters also see these differing attributes? I know they can see auras, but do they see it the same way the audience does?

As we know, Gyo can be used to see aura. Assuming it has color, then yes, Nen users should be able to see an aura and its color.

It is quite hard to tell if there really is a distinct color to aura depending on the user since manga is just black and white. Looking at Volume 33's cover, however, you'll see the following: 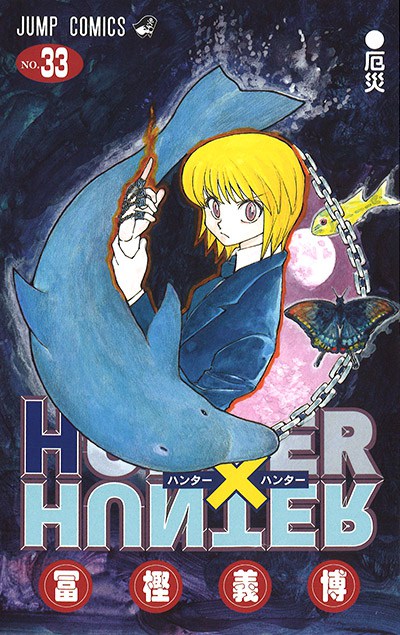 Notice how there's a faint red aura surrounding Kurapika. The animals are from his ability called Emperor Time and you'll see that it is also surrounded by a whitish aura. With this, I think it's safe to say that aura do have color and that they should be able to see it as it is since it was never specified that Gyo users cannot see the aura's color.

9
Does Killua have a crush on Gon?
1
Why does Alluka only have the strength of a normal child?
1
Does Gon Have Feelings For Retz?
1
Do nen examiners also have to teach them Nen?
2
Is there any clarification from the publisher/author of Hunter x Hunter regarding the quality of chapters 335 to 338?
1
What would have happened to Gon, Killua, and Kurapika if they had lost the coin game against Gotoh?
3
Difference between emission and conjuring
7
Which is heads and tails?
0
Why Chimera Ants who were created from humans have the physical appearance of animals?