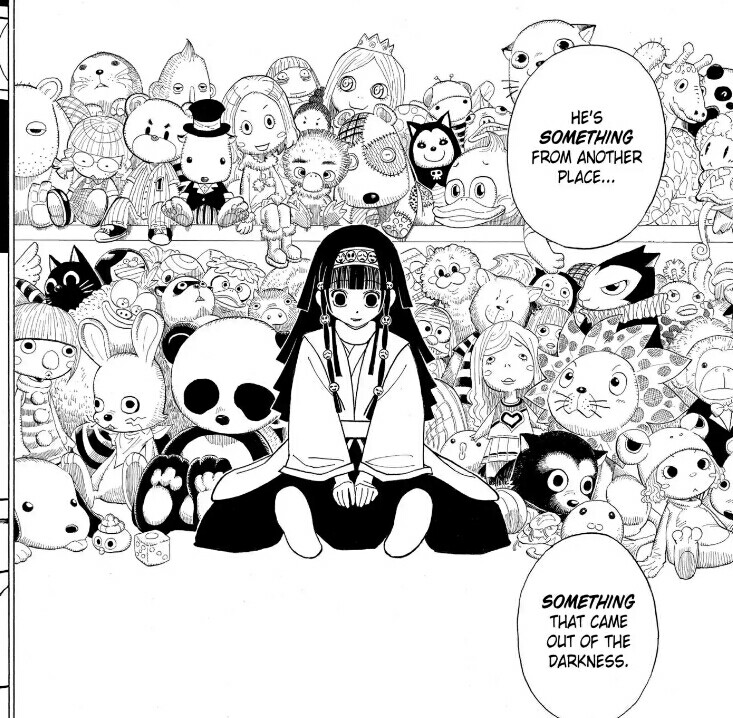 I'd consider this dialogue as talking about the entity within Alluka, rather than about Alluka herself.

But moving on to chapter 323, Illumi talks to Hisoka about Alluka:

But this dialogue (considering context), is about Alluka and not Nanika. After reading Illumi's explanation, Silva's explanation also seems to be on the same page.

So the question is whether Alluka is a biological offspring of the Zoldyks or not, since they repeatedly say that they don't know where he came from.

There's no information from the manga yet which can deny Alluka as a biological offspring of the Zoldycks. However, I'm not sure that them saying they don't know where Alluka came from would mean that Alluka is not blood-related. I still think they're referring to the Alluka-possessed-by-Nanika, not to Alluka alone.

I am going to cite this image from Volume 33. Here, it's showed that Nanika is from the Dark Continent: 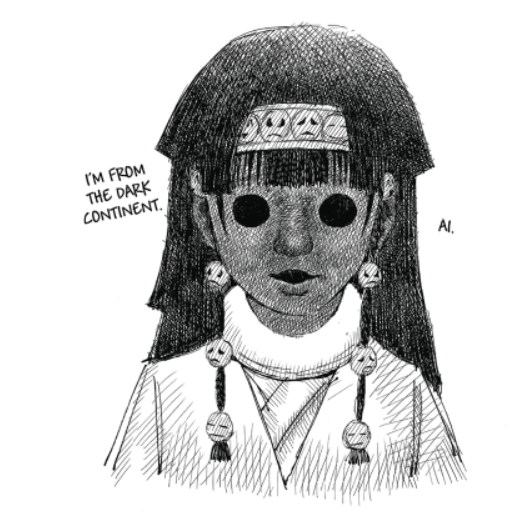 As far as I know, this information is not yet revealed to the characters. 'The truth is we don't know...where he came from.' Given the little knowledge there is about the Dark Continent and the fact that they still don't know that Nanika is something from the Dark Continent, it would make sense that the Zoldycks would make this statement. They thought Alluka was their child before the first incident or sign that he/she is possessed. They probably became unsure who Alluka really is after they found out about Nanika since their previous children and even their ancestors did not manifest something similar.

To conclude, I think Alluka is a Zoldyck, unless future manga information reveals otherwise. What happened was Nanika possessed Alluka when he/she was still a child, making the Zoldycks doubt that he's/she's family. How Nanika came to Alluka all the way from the Dark Continent is currently unknown.

8
In the final phase of the Hunter Exam, why does Killua act the way he does?
1
Why does Alluka only have the strength of a normal child?
11
Could Alluka completely heal Gon?
17
Who is the biological mother of Gon?
0
Why is illumi after alluka?
7
How did Alluka Zoldyck obtain her powers?
2
In the Zoldyck family is something known about the grandmother and the grandgrandfather?
5
What is the meaning of the text on the hunter license?