Why was Ed's arm strong but Al's body not?

At the end of FMA: Brotherhood, when Ed got his arm back, it was muscular, and he used it to fight. When Al got his body back, however, it was weak and emaciated, as it had shown to be throughout the show on the other side of the gate? Was it ever explained why this might have happened?

Firstly, it's worth noting that the difference in their strength is perhaps not as drastic as it appears. Though Al's body has essentially wasted away, you can see that Ed's right arm is significantly weaker than his left arm as he did not have it during during the series (or for several years before), in which he had a lot of physical improvement. 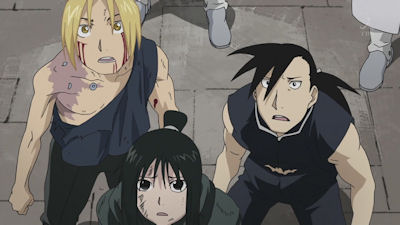 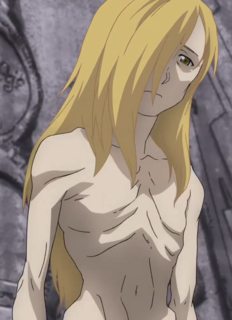 However, as you mentioned, we can still notice that there is a difference. Ed's looks normal, though somewhat skinny, while Al's looks like complete skin and bone.

Unfortunately, I can only offer speculation as to why this is. Ed realizes that it's possible that he and Al were somehow interconnected within the gate, which allowed him to provide nourishment to Al's body through some kind of connection.

However, assuming this is true, it's easy to observe that Ed remains fully nourished and Al is significantly more starved. By this logic, if we assume that Ed's arm, too, is connected to his body in the "real world", he could be nourishing that at the same rate as his regular body, while Al's body would only have received partial nourishment. Unfortunately, this is never stated in the series, so it's just a guess.

So, while it's not a complete or necessarily canon answer, the best I can surmise is that while Ed's nutrients are feeding both his own body and Al's, he is receiving the lion's share of those nutrients, allowing his arm to degrade at a slower rate (or not at all).

23
Why doesn't Greed harden fully?
7
Where did Scar's other tattoo come from?
4
Is it necessary for Amestrians to die for the transmutation circle?
10
About the physics of transmutation in FMA:B
12
Why didn't Edward Elric get his leg back?
2
Why can't Alphonse trade his alchemy for Edward's alchemy?
6
Why is Ed able to exchange his knowledge?
3
Was body rejection even a possibility?
0
How did Alphonse rebound his soul to his previous body?
1
Why Al's had lost all his body and Ed's lost just his arm?